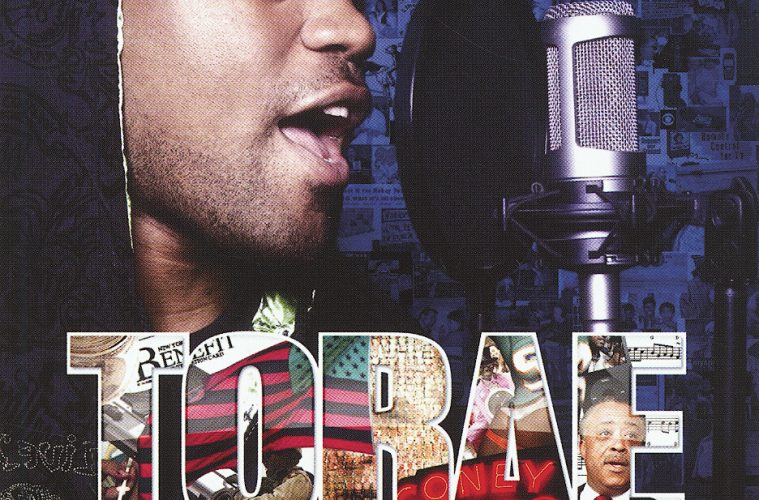 In light of the recent struggle for fresh, talented emcees to break through the competitive New York mixtape scene (Joell Ortiz was this close), Brooklynite Torae has sidestepped the label drama of Saigon and Papoose with “Daily Conversation.” An unofficial debut similar to Skyzoo’s “Cloud 9,” production from Black Milk, 9th Wonder, Marco Polo and Khrysis assure an official co-signing of his immense potential.

“Daily Conversation” is likely homage to Gang Starr’s “Daily Operation,” as DJ Premier contributes two tracks and has repped Torae’s group The Coalescence on VH1. The production on “Get It Done” sounds like something meant for Jeru the Damaja before the fall out, and although somewhat forgettable, Torae cleverly name drops fellow Premo protÃ©gÃ©s Termanology, Teflon and NYGz. In contrast, the triumphant horns and hungry verses from Tor and Skyzoo make “Click” one of the album’s most memorable works, addressing the aforementioned label struggle with lines like “Skyzoo: change for change? Hardly // Meaning I’m signing my contract with a Sharpie.”

Throughout most of the album, Torae’s intent with “Daily Conversation” seems to be proving his ability to rap to different production styles. Although he succeeds for the most part, the lack of lyrical ambition or varying of flow cause songs like the token gangster cut “Think About It” and “Callin’ Me” to become skippable quickly. He directly addresses detractors of his flow on the Black Milk produced banger “Switch,” adapting his voice to the hard drums with a rather impressive 2Pac impression and then a Texan accent. Still, just because he can switch his flow doesn’t mean he does so all that often. As far as flexing his pure lyrical ability goes, his most impressive bars appear early on “Somethin’ to See”:

“Give it a minute and, watch how the shine shift to him
So whatever you startin’ now, I’m finishin’
Whatever light you was livin’ in, diminishin’
Hip-hop’s in need of replenishin’
I’m up for the job, cause who’s better than Tor the young veteran
Coney Isle poster child, the Coalescence is”

Among the several guest appearances, which range from Chaundon and the Alkaholiks’ Tash to lesser-known homies of Torae, the only rapper that truly stands out and manages to one-up the host is Sha Stimuli on the braggadocio cut “Save the Day.” Maturing as an artist, Stimuli spits:

“Call me if hip hop’s flip floppin’
Disc jockeys give props to kids not this hot
You look at your wristwatch
You think it’s time for somethin’, another Big, Pac, Jay, Nas
Somebody come and make all this shit stop!”

Although the album features production from some of the heaviest hitters on both the MP and FL Studio, it’s Khrysis and Eric G. who provide the heat rather than 9th Wonder or Marco Polo. On “Da Nigguz is Cummin’,” Khrysis taps into a heavy funk sample as well as Dave Chappelle and Chris Rock lines to create the palette for Torae and Tash to play Aaron McGruder and poke fun at the select black people who cause the whole race to be stereotyped, as well as the stereotypes themselves. The Eric G. produced “Tayler Made” is a sweet love letter to his daughter, with Tayler joining in on the soulful hook. It would have been a perfect end to the album, but Torae insists on adding two Marco Polo joints, “Casualty” and a hidden track. Neither is below par but it seems they’ve only been tagged on to add Polo’s name to the list of credits.

While it’s probably wise of Torae to keep this as an unofficial first album, it’s as impressive a compilation of new music as nearly anyone is releasing in the hip-hop capitol. It may not be heat from start to finish but its lows are not very low at all. If Torae keeps his connections in check and continues to push the bar of his flow and lyrical content, there’s no doubt we’ll be talking about him again very soon.