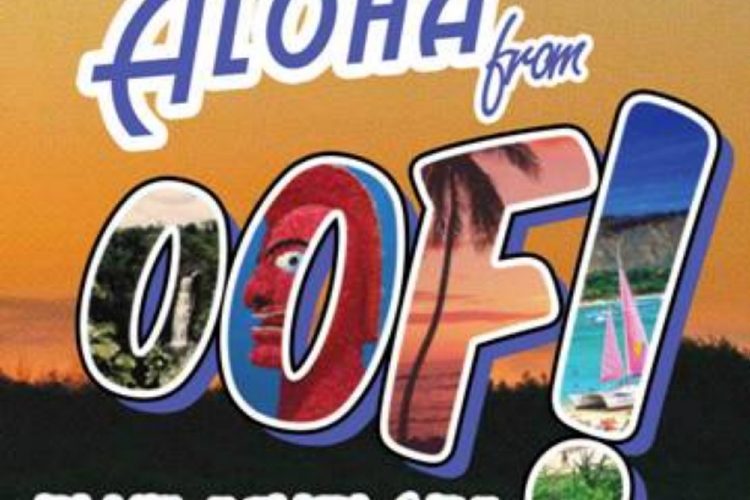 Blue Scholars are the kind of rap group that typically separates the so-called “backpacker” hip-hop fan from the heads listening to the currently popular rappers on mainstream radio. Curiously they’re also the kind of rap group that separates opinion amongst a discerning RapReviews staff who often find themselves on the frontlines of this cultural war. I rate their live show as a highly enjoyable and recommended, yet when Rowald Pruyn reviewed “Bayani” he was not equally inclined or near as kind in his scores. That’s not to say R was wrong though – his review was insightful, critical, fair and balanced – and if we all agreed on every album the reviews at RR would be pretty boring. “Bayani” does have a strong cult following though and Blue Scholars made more than their fair share of “artist to watch” lists for 2007. I’ve been eagerly anticipating a new full-length ever since.

In that respect Blue Scholars have been their own worst enemy. The underground Seattle rap team comprised of Geologic on the mic and Sabzi on the the boards seems to prefer the EP release. In fact they’ve stuck to that format on every album EXCEPT “Bayani” and their self-titled debut. Each time you get a taste of what the Blue Scholars have to offer, it feels more like a snack than a full meal. 2009’s “Oof!” is no exception, but the duo do have something big going for them on this short release – a partnership with Duck Down Records and a special distribution deal to get their album into coffeehouses all over Seattle. Yes – insert your Common Sense jokes here – but keep in mind that Seattle basicallyINVENTED the modern coffeehouse as we know it and that there’s a legitimate and strong musical scene around it there. More rap artists need to embrace these non-traditional marketing methods anyway. Getting your CD on the rack at a mom & pop store isn’t good enough any more.

“Oof!” opens with the quirky and original “Bananas.” The drumbeat is all clacks and claps, sounding more like rimshots and sticks slapped together than the familiar drum and bass beats. This minimalistic sound is accentuated by a funky bass melody that doesn’t hit until 25 seconds into the song, then finds itself content to ride like a funky earthworm, digging underground into the beat and only popping through the earth right as the song rides out. Geologic’s lyrics tie together his Pacific coast and hip-hop roots:

“Those who front don’t really want trouble
Step to the side like a S1W
The NW north of NWA’s place of origin
Originators of the first general strike
Roots of our labor is thick
Still awaiting the fruits of our labor
to get higher than a 747 jet boom
We say NOW, they say NOT YET”

The bass boom is not ignored though, as Sabzi immediately brings it back home with the follow-up “Hi-808.” Geologic’s rap is a personal narrative talking about growing up in military housing, dreaming of being as fly as Jimmy ‘Superfly’ Snuka in his prime; curiously he also feels that the limelight’s overrated and vows to do without it when he says “give me sunshine and a mic and I’m fine.” He’s concerned about the future of hip-hop, noting mainstream rap’s “facing an ice epidemic so large it’ll put global warming on pause.” His message is as outspoken and clear as Sabzi’s beat, with a rap for all his people “rocking swap meet tees [who] stay having red stains under your feet.”

Unfortunately like so many other Blue Scholars releases, this one feels like it’s over almost before it has begun. There’s nothing hateworthy out of the six full songs here. The short “Coo” lopes along over a friendly lick, then double times the beat to wake you up out of complacent listenership. “New People” flips this dynamic even further, quadruple timing the beat but slowing the initial rap WAY down, only to bring it back on tempo later on. Blackalicious fans will no doubt be familiar with this type of unconventional hip-hop approach, not afraid to bend beats or rhymes into new shapes. “Hello” is as boom bap as you can get, “Cruz” is a tropical breeze of hip-hop melody… and that’s it. Six songs just isn’t enough. Instrumentals of each song are included, but that’s kind of useless on my promotional copy since there’s an electronic voice reminding me that is the CD is registered to Duck Down Records every chance she gets. Nevertheless whether you buy this EP as a downloadable MP3 or get it from a coffee shop in the greater Seattle area, “Oof!” is a java shot of hip-hop well worth your time.