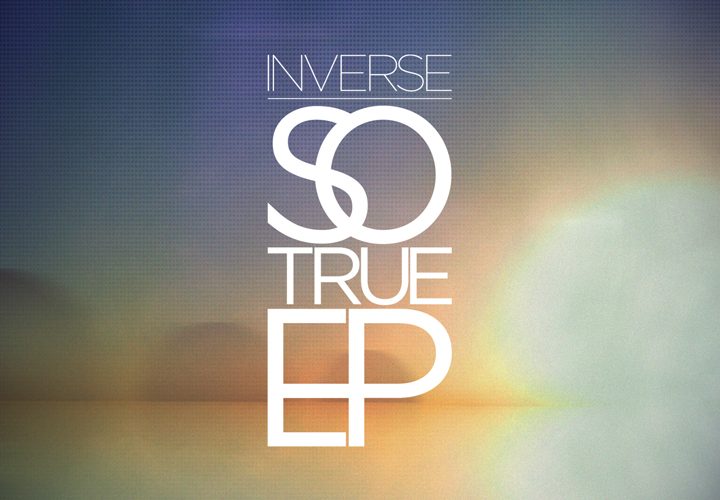 Back in June, I mentioned in my review of El Prez’s “Perfect Stangers” that Tunji’s cameo impressed me enough that I would eventually go out of my way to hear one of his own records. It just so happens that Tunji primarily releases music by way of his collaboration with fellow Californian rapper Toby. Collectively they go by Inverse, which is probably apropos of their contrasting outward appearances: Tunji is black and raised Muslim while Toby was born into a white, Jewish family. Otherwise, they have a noticeable chemistry, and are clearly very good friends outside of the music.

This would be altogether unimportant if the duo weren’t actively down-to-earth. They rap under their given names, ignore the tropes of hip hop without coming off as backpackers, and choose beats that are as much jam sessions as they are conventional hip hop productions. Whether this is just a theme the two were playing with for this EPâ€”it is titled “So True”â€”or truly the leitmotif of their work to come, I don’t know. But it’s difficult not to warm up to an opening cut like “Rise and Shine,” a rousingly simple little thing that possesses the uplift of De La Soul’s most spirited records. Tunji immediately exhibits his superior lyrical deftness, rapping:

“If I die tonight, I’ma be living through words I’ve used
Standing out in the rain singing the curbside blues
See I’m a street-smart rapper with a nerd’s IQ
Just staring down at the world giving my bird’s eye view
This life’s short so I’m taking it one day at a time
Then I relive it through the stories that I say in my rhymes
Stay on my grind, and I’m praying to find a way to design
The colors that display in my mind, onto the song’s canvas”

And then there’s Toby. Toby is by no means an inferior emcee; he’s refreshingly risky with his flow and rhyme scheme, and is a solid lyricist. His delivery is occasionally stilted, though, and he’s faced with batting behind Tunji on half the tracks, which is simply a task a simply “capable” rapper isn’t up to. Despite the interesting perspective Toby provides, it’s hard not to ponder what the EP would sound like with Tunji spitting two verses every track instead of one. Again: by comparison, folks.

Another highlight on the six track EP is the poignant “Spark My Soul,” produced by CunninLynguists’ Kno (it also appeared on the compilation album, “Strange Journey, Volume 1”). Kno’s compositions are arrestingly organic, moving things that defy hip hop’s standard for looping samples, throwing in a drum pattern and calling it a day. Tunji, Toby and QN5’s Substantial contemplate life and fatherhood (Substantial being the only actual father), a reoccurring theme throughout the EP. While neither member of Inverse justify the beat, Substantial’s straightforward storytelling comes the closest, rhyming “still a teen” with “guillotine” without much of a stretch. CunninLynguists MC and occasional vocalist Deacon contributes the hook to the slightly spooky, piano-laced title track, and Kno also rearranges his remix of Maroon 5’s “Goodbye & Goodnight,” creating a slow-burning template for Tunji and Toby to flex their storytelling muscles, parallel narratives that revolve around a misdirected hoodlum and accidental pregnancy. The only ostensible slip-up among the six tracks is “Sunnycalifornia Part 2,” forgettable as its too conventionally laidback, sporting a hook that Asher Roth might’ve passed up. Still, the “So True EP” is a substantially engaging listen, avoiding slightness with its briskness, dodging banality with its unabashed honesty.