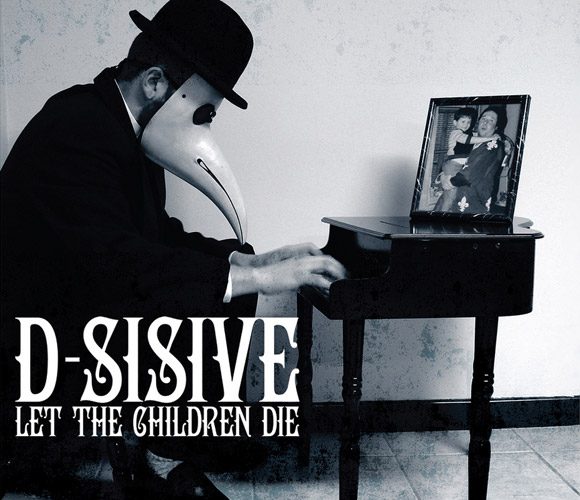 Realness is a concept hip-hop fans obsess over. Rappers need to be real. There is no gray area. You either live the life you portray or you lack authenticity and authenticity is one of the attributes this art is built upon. So significant is realness that it often takes priority over skills. In this convoluted world we call hip-hop, it is quite ironic to find so much realness and authenticity in someone like D-Sisive. The surprise comes not from D-Sisive’s nationality, race, or any other social factor. Instead, it is surprising to find someone who seemingly is obsessed with fantasy become so honest and open on record. At first glance, D-Sisive is the anti-thesis of realness. The man has focused his marketing for his latest album on a mask. That mask is a somewhat abstract rendition of an ostrich. He wears the mask in videos and pictures. He doesn’t explain the mask. He doesn’t need to. Instead he lets the music talk, and what a story it tells.

“Let the Children Die” is a deeply personal record from start to finish. “The Introduction” begins with a reflection of D-Sisive’s depression following his father’s death and then segues into D-Sisive’s own interpretation of the criticism he faced when he first began rapping. “Switzerland” follows and is an insight into D-Sisive’s own childhood imagination. Through the use of his own childhood obsessions, D-Sisive criticizes the loss of purpose found in much of today’s music. “Let the Children Die” follows and is a further condemnation of the current state of hip-hop. While D-Sisive purposefully leaves much of his music open to interpretation, it his clear that this album is meant to be a triumphant return and a middle finger to the expectations of the industry. D-Sisive’s quest is further fueled by personal tragedy. “Father” is dedicated to his father who passed away in 2001. The song reflects a deep bond and a father who completely supported his son despite not completely understanding his love for hip-hop. D-Sisive’s purpose is summed up best on “Nobody With A Notepad:”

“I’ve spent many moons with my head on the pillow case
Retinas to the ceiling, John Lennon dreaming
John Lennon jealous of the dreamers that achieved it
I’m better off John Lennon bedding sleeping
I John Lennon don’t believe in Jesus
But I’m running out of people I can speak with
I was never one to get on knee caps, elbows on my mattress
Both palms pressed below the whiskers on my glass chin
I don’t give a shit if Kanye said
Or Rhymefest wrote it, or whoever gets the credit
Nobody walked for me expect my dad’s and my momma’s legs
And both of them are missing from my holidays
Pardon my France-ay, fuck your pumpkin pie
All I need is a notepad, open wide
And a sharpened pencil for my thoughts to
Jot you a letter from my heart
Signed a Nobody With A Notepad”

D-Sisive’s quest is simply to be himself. To let the music guide him without any pressures or underlying motives. He is extremely successful. Accompanied by seriously head nodding music, “Let the Children Die” is an album consisting of nothing but bangers. “Song To Sing” is an uplifting call for other rappers to be themselves and sing their own song. “I See” calls out fake rappers and industry politics. “My Daydream” is a heartbreaking reflection of happier times. Each track, including the bonus tracks, is of significance.

“Let the Children Die” is one of the best records I’ve heard this year. From the production to the variety to the honesty, D-Sisive has delivered a great album. One doesn’t even have to ask how this has occurred. D-Sisive kept it real. He cared not what others might think of him. He cared not how his record might be received. He cared not about explaining a title or a mask. He only cared about keeping it real, doing what he loved, and speaking his mind. The end product is hip-hop at its finest.