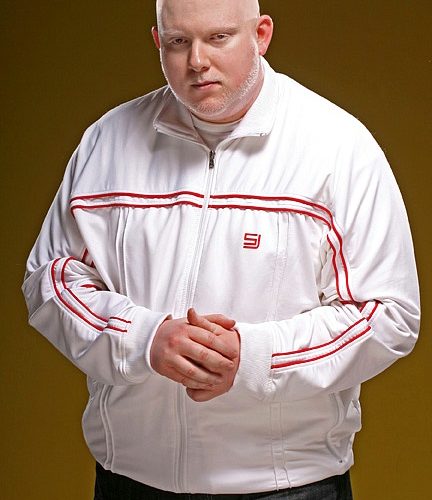 Have you heard about the Albino Muslim emcee? Of course you have. At this point you’d be hard pressed to find any underground hip-hop fan who wasn’t aware of Brother Ali. On September 22nd he’ll be releasing his latest effort,Us,

and this week RapReviews sat down with the Minnesota lyricist to get his thoughts on all things hip-hop, the unexpected ways in which he’s connected with his fans, and what he has in store for Us. In addition to all that, Brother Ali also opened up about the very personal master plan he came up with that’s totally changed his life.

Adam Bernard: You’ve been having quite the wild ride since The Undisputed Truth

, a ride that’s included a marriage and another child. How did that all come together? How has it changed you, and how did it help shape your current work?
Brother Ali: I’ve always kind of documented my life on my albums and on The Undisputed Truth what you hear is the transition that I went through. Music really freed me. Prior to that I was stuck in a jobs that weren’t right for me, I was stuck in a marriage that wasn’t right for me, I was stuck in a lifestyle that really had nothing to do with who I am as a person other than I was trying to do the right thing and I was trying to make the best out of what I had available to me. The type of expression and interaction that I like to have and the things that I believe in in life, I really wasn’t able to live those things out and wasn’t able to express them, or really manifest them. Music enabled me to build myself a situation where I could dictate the course of my life for the first time. In The Undisputed Truth you hear me tearing my old life apart with the hope of building a new life and then after I got done making that record I went and did that. I was able to create a work environment for myself, create a family environment for me and my son, and fell in love.

AB: So you worked really hard to make sure that your life imitated your art.
Ali: Not exactly. I made sure that my life and my art express what I believe in. I don’t think either one of them imitate each other. I have this picture in my mind of what life is supposed to be and I’m trying to get my art and my life to make that a reality.

AB: The latest new part of your reality is your upcoming release, Us. Tell me, in this case, who is “us?”
Ali: When you’re on survival mode you kind of focus on yourself. They tell you in the airplane when the oxygen masks come down secure your own mask before assisting kids and the people around you. That’s kind of the mode I have always been in up until the last couple years. When I started to actually have a little bit of time to breathe, though, and a little bit of time to step back and look at things, it really shined a light on how much the people that I love are still suffering, for a variety of different reasons, so rather than make another album solely about me I wanted to open up and still keep that same personal approach to songwriting, but try to show the world a little bit more about what my loved ones are going through.

“All the stories on here are true, they’re just not my stories anymore.”

AB: And you have some amazing stories on the album. I really love the one about the upstairs neighbor. Was that 100% true, or was it conceived to illustrate the possibility of the situation?
Ali: All the stories on here are true, they’re just not my stories anymore. I wanted to give people a slice of life, a glimpse into the lives of working poor people. I think there’s a misconception that people involved in hustling and street stuff are doing it to buy a chain, or buy rims, but the reality is the majority are working poor people and they’re hustling on the side to make ends meet.

AB: Do you think this album might reach some people that your previous efforts didn’t?
Ali: I can never tell. My whole career has not reached the people that I initially thought it would. You make music and you expect your peers to appreciate it and it didn’t work out like that at all {*laughs*}. A totally different group of people latched on to it right from the beginning. It made me really believe that if I just make music that’s true to me and make music that’s true to where I’m at, and if I know that MY connection with that music is real and pure and genuine, that whoever connects with it on their own and has their own experience with it, then that means I’m bonded with them and I trust that connection, I don’t ever question it. I just figure I’m a human being and it means the world to me, so if it means something to you then I just trust that it’s genuine. What I’m learning is that the truth connects with people and the details get less and less important. I have a song called “Forest Whitaker” that I made kind of about being Albino, but just really going through this list of descriptions of myself that would seem like flaws for most people, or that you’d feel like “aw, this is bad, this guy really got dealt a rough hand here,” but at the same time really, truly, embracing who I am and feeling like it’s made me a certain kind of person and it’s given me a certain objectivity and it’s made me appreciate the real things in life. Not having anything superficial to grab on to has made me appreciate the meaning in things. I don’t look normal and I can’t see on top of that, I’m legally blind, so the visual side of things mean nothing to me. It’s the meaning behind things that I’ve always been about. So I thought that was kind of a song about being an Albino, but that’s the song that connected with people more than anything I’ve ever done. I think people in general feel like society is telling them that they’re not what they’re supposed to be, but they don’t agree. There’s a portion of the population that just rejects that pressure to conform to that.

AB: And I think that portion of society is larger than a lot of people think, but because the other side is so much more vocal it ends up being considered the norm.
Ali: It’s the majority, I think. So much of the way we communicate is visual now that the way things look are of equal or greater importance than what they really are, so if something looks valuable then the contents are not as important. It’s not about how good the movie is, the movie is successful based on how good the trailer is. It’s not about the person, it’s more so about how they look.

“I’d like to buy my wife something nice and if I did I would sure say something about it.”

AB: Yeah and your blindness definitely puts you at odds with that ideology. Staying with your blindness for a moment, since you are legally blind, can rap fans rest assured that you will NOT be talking about cars and rims anytime soon?
Ali: Man, you know what, probably, but I’d like to buy my wife something nice and if I did I would sure say something about it. I think people that are really excited about underground hip-hop and independent hip-hop, a lot of them are newcomers to rap, they have just recently been turned on to rap outside of the mainstream stuff, so now that have this kind of anger or resentment or rage against the mainstream. I don’t share that. I don’t share that at all and I think that there’s a lot of really great, quality stuff and it also means something different. I think a lot of times people that are mad at mainstream rap don’t relate to the environment and the life and the mindset that created these individuals.

AB: There’s a place for everything in music, definitely.
Ali: And I think there’s a lot of value in the leaders of that music. Like Jay-Z, T.I., Kanye West, 50 Cent, there’s a lot of truth there and there’s a lot of important things being said there if you understand them in the context of society. In the projects and in the ghetto and among people of color there are geniuses among them just like everybody else. Obviously Jay-Z has an amazing business mind, but when you’re cut off from all the resources the mainstream economy isn’t available to you, the only thing you have access to is the street economy, whether it’s sexual services, drugs, or whatever, so there are people that become major players in that arena. Most of them die or go to prison, though. These are people with the same skill set as a Donald Trump, but they just don’t have the access. So for somebody like Jay-Z to be as successful as he apparently was selling drugs, but then also have this amazing gift to rap and be able to make that transition and really control his end of that business in a way that no artist has ever done before, I think that’s amazing and there’s a lot to be learned there. So for Jay-Z to have the most expensive cars means something different than if I had an expensive car. In his neighborhood there’s been generations of people who’ve never had the chance to even be middle class, so for him it’s not so much about the car, it’s more about what it represents, that he as a man was able to make that happen.

“These are people with the same skill set as a Donald Trump, but they just don’t have the access.”

AB: Finally, Albinism hasn’t exactly made life easy on you, but looking back on things, do you think you’d have ended up with the qualities that make you an emcee if you didn’t have it and didn’t have to go though some of the things you went through because of it?
Ali: No. I have no idea what I would be if it wasn’t for this. If it wasn’t for this condition and the way it makes me look and the way that it forces me to interact with people and the way it forced me to view life, I have no clue where I would be without it. I probably would be an average sucker.