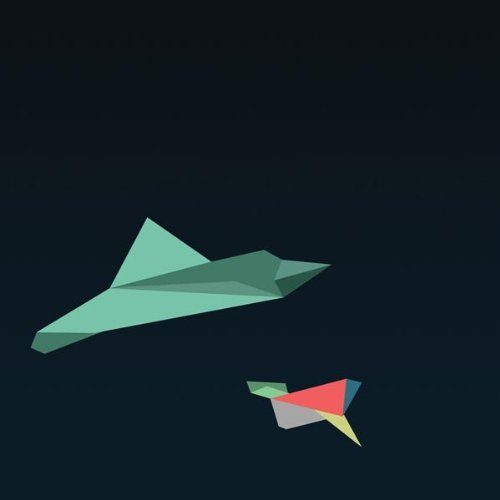 Like Flying Lotus, Nosaj Thing is an L.A.-based producer/beatmaker/musician/composer who is rooted in hip hop but works with more abstract electronic sounds. Jason Chung, the man behind Nosaj Thing, got his start dismantling his dad’s computer when he was thirteen, and he knows his way around computer-generated sounds.  While he has produced songs for indie rapper Busdriver, his debut album “Drift” isn’t quite instrumental hip hop. It has roots with IDM, minimalist techno, and other forms of stripped down electronic music. There is also a symphonic quality, resulting in something like Danny Elfman composing a soundtrack for a video game.

You’ve heard of boom-bap? “Drift” is more like whirr-click. There isn’t much on here that could be described as head-nodding, and it’s hard to imagine any but the most inventive MCs spitting rhymes over tracks like “Fog.” That’s not to say “Drift” doesn’t kick in its own odd way. “Fog” works some 80s sounding synths with a vocal hiccup into something haunting and beautiful. “Coat of Arms” builds it’s beat with snapping snares and a croaking sound, working in chopped up voices and assorted electronic hiccups. “IOIO” has a bounce that’s almost house. “1685/Bach” manages to create a bumping beat with what sounds like a computer backfiring. Chung gets even noisier on the glitchy “Light #1,” which has an off-kilter beat and whining, repetitive synths. On tracks like these, it almost sounds like Chung is playing a Commodore 64 or some other old piece of computer hardware that wasn’t meant to make music. Many of the sounds feel retro and out of place, utilitarian bleeps and bloops that he’s managed to insert into his compositions.

The result is an album that is concise, cohesive, and oddly beautiful. There are strong melodies in most of the twelve songs here, and he often utilizes samples of vocals into the tracks. “Lords” ends the album with a children’s choir forming the bulk of the melody, only to be cut up and layered with handclaps, farting synths, and so many odd whirrs and hums that the result is both pretty and totally unsettling. In many ways, “Drift” is a spiritual successor to J Dilla’s instrumental masterpiece “Donuts.” Both albums use hip hop as a template to compose a song cycle that transcends the genre. I’ve been revisiting “Donuts” lately, and I’m amazed at how many sounds, ideas, and emotions Dilla managed to capture in that short album. Nosaj Thing’s “Drift” offers listeners a similar experience, and I haven’t been able to stop listening to it since I picked it up three weeks ago. “Drift” is highly recommended for fans of instrumental hip hop that pushes the envelope.