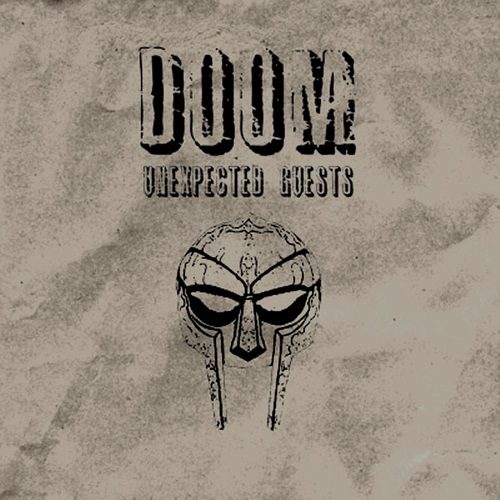 DOOM. The same word that excites a true rap head usually implies impending disaster in any other context, to the point that you might hear Private James Frazer in your head instead of a semi-intoxicated verbal pugilist. Nobody wants to be “doomed to their fate” unless their name is Daniel Dumile, one of the most popular underground rap icons of the last fifteen years. To become the mysterious man behind the metal face mask though Dumile experienced a lot of personal tragedy, but as he puts the metal mask on he transforms into the anti-hero who doesn’t always do the right thing for the right reasons yet saves the day anyway. The self-described “Dead Bent” flow is now a hip-hop trademark – a little bit slurred, hanging onto the beat by a razor thin wire, featuring rhymes packed with an almost incomprehensible density of pop culture and comic book references. He’s that “love him or hate him” kind of MC, the diabolical Deadpool of the mic – you either get it or can’t stand it.

Fortunately for Dumile’s bank account, most of his peers get it and LOVE it, which has made him a frequent contributor to other projects. The concept of doing an album made up of your guest appearances on other albums is not new to rap – Ice Cube did it over a decade ago on “Featuring… Ice Cube.” The gimmick hasn’t changed at all in 2009, which means the next sentence could apply equally well to either album: a passionate hip-hop consumer might have MOST of the songs he did cameos on, but it’s likely you wouldn’t have ALL of them. That’s one of the incentives for picking up “Unexpected Guests” – the other would be the fact compiling all of them together in one place completely changes the context. Before when you heard one of these one-off appearances, like DOOM’s appearance on “Rock Co. Kane Flow” by De La Soul, you would’ve been pleasantly surprised to hear DOOM collaborate with another hip-hop favorite on their album. Flip the script and suddenly De La seem like THEY are the unexpected guests, dropping in on a DOOM album, but unable to steal the spotlight away from his raspy flow:

“From the top of the key, the 3 Villain
Been on in the game as long as you can wheelie your Schwinn
Turn the corner spinnin, bust that ass and get up
Dust off the mask, whoever laugh give him a head up
He got jumped, it pumped his adrenaline
He said it made him tougher than a bump of raw medicine
To write all night long, the hourglass is still slow
Flow from Hellborn to free power like LILCo
And still owe bills, pay dues forever
Slay huge when it comes to who’s more cleverer
Use to wore a leather goose ski with a fur collar
Hand charged a fee for loose leaf words for dollar
Ya heard? Holla – broad or dude, we leave food
Eat your team for sure, the streets sure seem rude
For fam like the Partridges, pardon me for the mix-up
Battle for your Atari cartridges or put your kicks up”

The diversity of artists which the songs for “Unexpected Guests” are pulled from is impressive in its own right – Jake One, Talib Kweli, Vast Aire and Count Bass D among others. It’s easy to laud the breadth and depth of DOOM’s ability to collaborate with other hip-hop greats, but for all its strengths “Unexpected Guests” has a few unexpected flaws as well. Don’t misunderstand when I criticize including “?” featuring Kurious. I love the song, but I loved it ten years ago on “Operation: Doomsday.” You could argue the concept of the album is DOOM’s unexpected guest appearances on other albums OR VICE VERSA, but in that case why not include “America’s Most Blunted” featuring Quasimoto or “The Mask” featuring Ghostface Killah? Both were unexpected collaborations on DOOM albums, but they’re not included here. The concept further loses molecular cohesion when tracks like “All Outta Ale” are included. There are no guests on this song, expected or otherwise – it’s just a track from a bonus disc packaged with some copies of “MM.. Food.” The history of “My Favorite Ladies” is even more storied – it appeared on the aforementioned bonus disc AND on “THC – The Hip-Hop Collection.” Those ladies sure get around. And what exactly is the point of “E.N.Y. House” featuring Masta Killa? Sure he’s rapping over a DOOM beat, but DOOM isn’t even on the track, not for one single bar.

Complaints aside “Unexpected Guests” is a lot of fun and does have a few never heard before bonuses for DOOM fans, such as the Dilla produced “Sniper Elite” featuring Ghostface Killah and “Bells of DOOM” – neither of which I can find any evidence of having made a previous release (DOOM or otherwise). While the album’s concept may not have been excellently executed, the sheer volume of DOOM raps and the quality of their backing beats makes it worthwhile to have them compiled all on one CD. Try to buy each album these songs come from and you’ll crack $100 easily. Try to buy them all a la carte on iTunes and you’ll wind up with more than half missing. If you’re a DOOM fan make the unexpected purchase of “Unexpected Guests” and you’ll wind up with more than your money’s worth.