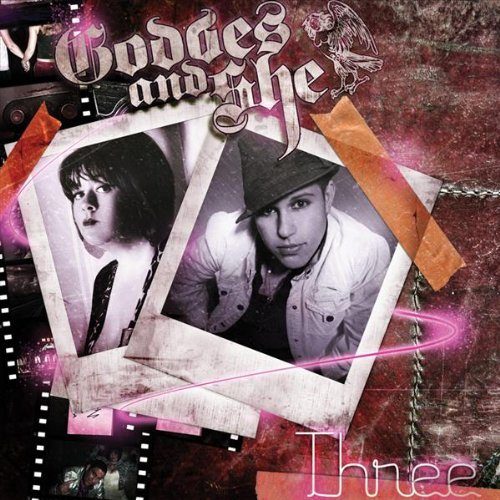 The only thing truly definable about God-Des and She are that they are a female musical duo. In terms of their music, they blur conventions in ways that make them difficult to accurately categorize. While stores will place the album “Three” in the Rap/Hip-Hop section, the music on the disc hints at Dance, Electronica and Pop as well.

God-Des and She gained recognition based on their addition to the soundtrack of the Showtime show “L Word.” The single “Lick It” from last year’s “Stand Up” LP particularly propelled their popularity. The track is a sexual anthem in the same vein as Khia’s “My Neck, My Back.” The song strays from my personal taste, but has proven appealing to many.

Surprisingly God-Des and She avoid falling into the trap of typical underground fair, offering an eclectic dose of frenetic music that caters to both club-goers and backpackers.

“Love Machine” kicks off the album. God-Des uses terms to describe herself as the vehicle referenced by the song title over a up tempo funky beat that whips into a guitar frenzy at its conclusion. Cee-Lo would gladly rhyme over this beat on a Gnarls Barkley album.

The best song comes next. “Respect My Fresh” uses a break-beat layered over pounding drums that sounds like something that you would hear on a Clipse joint. Here God-Des rhymes these battle-inspired bars:

“I swear its necessary
It’s revolutionary
I’m putting all these other rappers in the cemetery
Oh No!
Let the wheels on the hearse go
Round and round
Until they all fall down
But they couldn’t get off the ground
Cuz I deaded its sound
Drilled to the ground
Like a merry-go-round
Stuck in a circle
Round and round
Finders keepers
Yes I found…”

Though these lyrics will not be on the Source’s hip-hop quotable page anytime soon, they work within the framework of the song which is intended purely for God-Des and She to ego boost.

Even though the CD starts off with a couple of hyperactive cuts without much meaning, the group manages to cover various other topics like relationships (“What Would Be”; “Blue In the Face”), high school games (“Spin the Bottle”) and social change (“Great Big World”; “Change”).

When the listener is offered thematically deep music on “Three” the artist She takes over as the singer of the group, whereas God-Des acts as the emcee. In fact, on the tracks “What Would We Be” and “Great Big World” her singing is overused. She’s crooning works best when she sticks within the confines of the chorus as she does add ingredients of harmony and melody. On the latter, God-Des rhymes the following:

Again, the diction used does not require the listener to go fishing for a Webster’s but it remains effective nonetheless. I completely agree with the artist’s viewpoint in this case that Americans, for the most part, are oblivious to tragic worldwide issues.

The production on “Three” is quite good throughout, intricately weaving various instrumentals, scratches and whatever works. The credit goes to Ken Riley and Hardgroove mostly, but also a number of DJ’s, guitarists, etc., make the album what it is from a musical standpoint.

“Three” is an album for everyone. It’s an ultra-cool disc that has an emcee, singer, and all of the producers working on the same page. Sometimes God-Des and She’s ambitions are too big to pull off, but can you really fault a group for reaching for the stars? They’re almost there already.