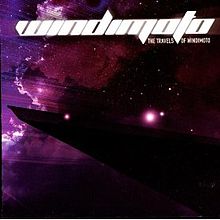 Talking backwards like Yoda does, the foremost expert on house and techno music I am NOT. Sure I’ve been to a few clubs, house parties and dance functions in my 33 years on this Earth but if I could tell you the name of any of the songs or singers in those beat-driven tracks it would be a miracle. I can remember a few lyrics here and there which point me to specific artists though – “you know you’re gonna be mine” over and over again turned up Bizarre Inc. and “come into my planet soul” over and over again turns out to be (surprise surprise) Planet Soul. Therefore I want to be perfectly clear that I’m not an expert on the genre in any way, but I do feel that there is a kinship between hip-hop, house, techno and dance in a general sort of way. A lot of the beat driven electronic music you hear today stems directly from Afrika Bambaataa and Kraftwerk tracks in the early 1980’s, and whether you could pin one genre on either of them is entirely subjective. Even the subject of where house originated is up for debate (some would say Chicago, some not) and while techno matured in Detroit it clearly originated in Western Europe and likely has a much larger following there today than it does here. Regardless all of these forms take root in what was an unconventional attitude at the time – popular music did not need to be stuck in the “singer and a band” format. Music could be two MC’s and a DJ, or a drum machine and someone playing a synthesizer, or any combination of human beings and digital devices you could come up with. There’s plenty of history of crossover between the genres and at a good club you might hear a DJ mixing an uptempo beat with his own personal choice of hip-hop records at high speed, becoming an artist in his own right by creating a unique and enjoyable mix of two previously seperate songs.

The theory behind Windimoto is largely the same. The album is the creative collaboration of Detroit-born producer Scorpeze and Chicago house DJ Sean Haley, hence the name “Windimoto” to reflect Motown and the Windy City coming together along with their respective genres of sound. Now if you asked me if I would call anything on “The Travels of Windimoto” rap music, the answer would be an EMPHATIC no. In fact the stylings of Victor St. Clair on three different interpretations of “Don’t Let Me Leave Alone” would be more in tune with R&B than anything else. Your average macho man would probably consider St. Clair to be an emo, a pussy, or a total wuss. He constantly swears he doesn’t know what he’d do without his woman, begs her to hold him in her arms and say everything’s alright, and of course says he doesn’t want to leave (wherever they are) without her. Even at his most effeminate Q-Tip is more gangster than this, at least his only vice is a lot of lovin’ and it ain’t nothing nice. Despite the wimpy sentiments I don’t hate the track that much, particularly Nicolay’s rough around the edges “Hardhouse Remix.” If the name Nicolay sounds familiar you may remember our review of his album “Here,” which once again goes to show the lines between seemingly disparate styles of music can be blurred quite easily.

The best moments on “The Travels of Windimoto” are the ones that just carry you along on the drift of the beat, which is exactly why they’re so ideal for a club or a house party where you may be drinking or socializing as much as dancing (certainly true for me). “A Moment in Eden” is exactly the kind of inoffensive up-tempo beat you can picture playing while throwing back shots of Patron or a few Heinekens from a makeshift bar while trying to get seven digits from the beautiful girl standing next to you. In fact when I think of those uber-hip Geico Cavemen getting their groove on, or the guys from “A Night at the Roxbury” trying to pick up chicks, this is exactly the song that fits their lifestyle. It pulsates taps and claps at a fast speed while a slow string-like melody floats along in the background, while a keyboard provides a staccato chord that repeats throughout. The song layes these elements in and out, picking them up and putting them down at will. It’s impressive when you’re paying attention but completely enjoyable when you’re not giving it a single thought.

In short I’d be lying if I said I reviewed Windimoto’s “The Travels of Windimoto” at anything less than the behest of an eager (yet very friendly) publicist who I’ve known for a few years. This is not an album I would have ever gone out of my way to look for, and had I heard any of these songs at a social function I would have been mystified as to who produced them let alone the name of the album they came from. Nonetheless if you’re into house or dance music I can definitely recommend Windimoto to that audience, even with my relative lack of expertise on the subject. Scorpeze and Sean Haley clearly know a thing or two about good beats and how to weave layers of sound into an audible tapestry. This album may not be for everybody who visits RapReviews.com but I imagine a few of you swingers out there might want this to be the soundtrack for the next party you throw at your own crib.