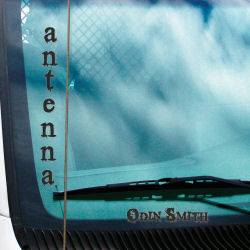 I first came across Odin Smith’s beats while listening to Beatdown with TJ De Santis on the Sherdog Radio Network. Some of my friends who are MMA heads would debate whether or not Sherdog is the best site covering the sport, but one thing that’s not up for debate is that they air MMA discussion shows for free and put the replays up on iTunes. Hearing dudes talk about MMA for an hour or more would be monotonous without commercial breaks, and even though I might have to triangle CHOKE a bitch if I hear how great Karo ‘The Snore’ Parisyan is during one more break, I generally get through said breaks with Odin Smith’s help. His beats keep things moving, and occasionally an entire commercial during those breaks is dedicated to plugging his producing services. When I found Mr Smith on Twitter, I immediately wanted to know how I could hear and/or review more of his work. It’s good in the context of Beatdown, but I had a feeling it might be even better appreciated in a pure hip-hop context outside the world of mixed martial arts.

Fortunately for me Odin Smith is not a difficult guy to get in touch with, nor is he shy about getting his work out to the masses. He sent me a copy of “Antenna” for review, a free instrumental only album comprised of some of his best work. That’s not to say Odin isn’t working with any rappers – in fact you might have heard his “Royal Rumble” song with Postal on a very recent episode of Hip-Hop Shop. Nevertheless, if you’re a work-for-hire kind of guy looking to get your name out there, an album like “Antenna” is much better than handing out business cards at SXSW or CMJ – in fact it’s a necessity. Better not flow to any of these beats without paying Odin what you owe though – or better yet have him craft you something brand new perfectly suited to you for the right price. Odin’s putting in work.

There’s no shortage of work to be found on “Antenna” either, and no shortage of moods or styles either. In a way listening to “Antenna” reminds me of a Dilla beat tape, and that’s meant as the high praise it sounds like. The chief difference between the two would be that while Dilla’s beat example could often be under a minute in length, these play out like full songs sans rappers, even featuring breaks between wordless verses for a hook, which in cases like “Producer’s Prayer” consists solely of samples. While titles can sometimes be meaningless on instrumental albums, that’s not true for Odin, where each one implies a sound or style you’ll be hearing. “Full Throttle” lives up to the billing by being a high energy assault with a punctuating percussion that literally sounds like turning your key in the ignition. “Snareplane” takes off right over your head at the start, then 20 seconds around touches down and circles around you like a bi-plane in an Indiana Jones flick – chopping up anything in the way. “Judo Throws” hits as hard as you’d expect, with big beats and bass thumps slamming your speakers. It’s not all an adrenaline rush though. “The Spot” is exactly that kind of cool out vibe you’d want sipping drinks with honey – fly but not rushing along too fast.

There’s a whole lot to like on “Antenna,” so you may want to head over to Odin Smith’s MySpace page and check him out for yourself. My personal favorites are the chunky bass funky melody of “The Crunch” and the RZA/Dilla inspired multi beat “Red Stallion Theme,” but there’s really not a bad beat to be heard here. Odin Smith steps up and takes his place next to Evidence, Alchemist and DJ Premier here as artists who can be presented entirely on their own as beat maestros for a fully enjoyable experience. Step up and get beatdown by Odin Smith on the Sherdog Radio Network sometime – it’s a pummeling you won’t regret.