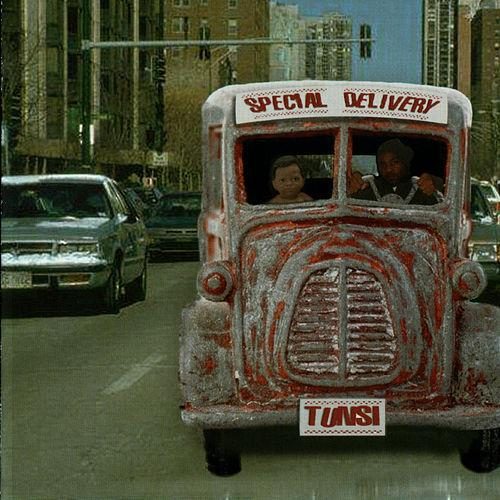 Radio spins are something that every rapper hopes to attain during their career. After all, nowadays all you need is one hot radio single to propel an average album to platinum sales, platinum ring tones, and platinum tours. A smart investor could live a lifetime off the money made from one catchy single. So it’s no surprise that eventually rappers express dissatisfaction from the lack of airplay, especially when they feel their music is better than what is currently in rotation. To a degree it’s a valid complaint as talented rappers from Rhymefest to Devin the Dude gets no radio love despite making quality music. Though I too feel radio can overlook plenty of dope music, I’m well aware that rappers from Devin the Dude to Esham have built and maintained successful careers with no radio love whatsoever. So when it comes to a rapper complaining about the radio I sympathize to a point, but once the complaints get too numerous all I can think of is all the dope rappers who said “fuck the radio” and still got theirs. Tunsi’s “Special Delivery” is an album that probably unintentionally focuses on radio airplay, or more appropriately lack thereof, to the point that the listener gets tired quick. It’s not that fans don’t sympathize with the uphill battle rappers face, but with so much whining eventually fans turn to the question â€“ what have you done to deserve radio airplay?

Tunsi’s attack on the status quo is quick and to the point. On the second full track, “Radio Man,” he declares:

Halfway through the album on the paranoid “I Know You” the radio theme is still alive as Tunsi further proclaims:

“Virtually impossible to get radio play
For material that’s been official
Instead you steer minds your way
Just remember it’s a revolving doorway
Cause as soon as they recognize what’s true they scream out “Hurray!”

Finally on “I’d Like To See The Ref” Tunsi makes sure you don’t forget that radio is unfair and bias against him:

“Stopped by a well known Frequency Modulator
Wondering I walked straight through, I’ll tell you later
Me and the man in charge sat and ate a
Nasty lunchroom cold cut
But who cares, I’m thinking bout my stuff
Getting played and that’s what’s up
Now’s the time, I couldn’t pass it up
Slid him a disk like a veteran cat
That’s been studying this and watching every stat
He took it and then he said look it
It doesn’t matter what this tape sounds like
Cause you ain’t balling like Mike
And I doubt you ever will
Besides I don’t recognize your grill
My lunch break I’m just trying to kill
Don’t wanna hear that same sob story, how you got skills
Obviously your skills can’t pay the bills
But if you had a suitcase of cash then we could talk deals”

These songs only highlight the time Tunsi spends complaining about radio, but that isn’t the only thing Tunsi has a gripe against. Hip-Hop is way too focused on material things in Tunsi’s mind and he expresses this on “Whoop De Do” where he follows stereotypical rhymes with the title phrase in a satirical attack. In case that subtle message flew over your head, later on the album Tunsi attacks all things fly and flashy on “Ballin” where he criticizes Jim Jones’ catchphrase. The pinnacle of complaints is “The Waiver” where Tunsi and the crew seem pissed off that they have to sign waivers to get into and presumably perform at certain nightclubs. At least that’s what I think this track is about, though its nonsensical topic makes it hard to comprehend. If you can get past another track using the same sample as Too $hort’s “Don’t Fight The Feelin” (Some 20 years later) and a horrendous off key hook, you’ll still be left wondering what waiver these guys are talking about and why it pisses them off so much.

If Tunsi would actually spend more time rapping about topics that would give us some insight on who he is, his albums might not be that hard to consume. The music produced by Tunsi himself sounds a lot like generic copies of what’s popular right now, and had Tunsi set out to make generic songs then the beats would be wack. But somehow, beats that mimic crunk and southern synths find a new life when the rapper delivers a message over them. Tunsi shows some lyrical talent with decent battle rhymes on “Introducing” and his social rhymes on “Politics At Work.” Still, Tunsi has much work to do in both the music and lyrical department before he’ll be able to get too many fans behind his cause.