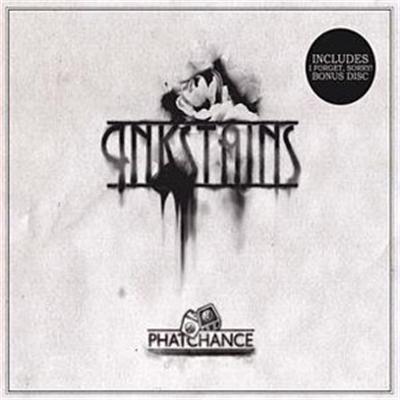 Put some shrimp on the barbie, Mate, because it’s time to dig into “Inkstains,” the new release from prominent Australian MC/producer Chance Waters, aka Phatchance. The LP is his solo debut, though he has been featured alongside a bunch of famous Australian rappers that most Americans probably haven’t heard of and I hadn’t heard of until I read the “Chance Waters” Wikipedia entry.

Indeed, I’m not too familiar with the rap from Down Under, but if Chance is representative, then Australia-hop seems to takes its cues from the U.S. This is neither surprising nor problematic. Hip-hop began in America, and while it is great that South Africa put its own spin on rap with Kwaito, and England did its own thing with Grime, it would border on bigotry to expect every rapper from another country to bring something totally new to the table simply because the artist is foreign.

That being said, to a critic not particularly wrapped up in the Australian scene, the fact that Australian rap might be in a more infantile stage that American rap is no excuse for Aussie MCs to drop un-original shit, and if “Inkstains” is as innovative for Australian rap as its author proclaims it to be, then the MCs down under need to do some serious catching up.

Phat suffers from the all-too-common talking-about-being-innovative-instead-of-being-innovative syndrome faced by “positive” rappers the world over. K’Naan diagnosed this tendency pretty well on his latest when he said, “A lot of mainstream [rappers] is yapping about yapping/a lot of underground [rappers] is rapping about rapping.” Waters dedicates the first three songs of “Inkstains” entirely to rapping about rapping – namely, how dark and original his lyrics are. This introduction to the album is unfortunate in that Waters talking about his own dark originality is neither dark nor original.

The hypocrisy of this approach is most clearly demonstrated on “The Catchy Song,” where Chance accompanied by 360, Smiles, and Joyride rail against any catchy track, even going so far as to deride any song with a melody. Apparently, catchy is a synonym for shallow; I guess The Beatles never got the memo. “The Catchy Song” is a failed parody in that the track is fairly compelling, not because of its insights, but because the chorus is really, really catchy. In fact, at no point on the record does our Aussie MC deviate from overt attempts at catchiness, as Chance employs a verse-poppychorus-verse formula on nearly every track.

After the first three songs, I guess our rapping producer moves on to being “dark.” He finds some introspective success. On “Mountain of Glass,” he toasts to an alcoholic parent and then reflects on his own alcohol dependency. On “Battlescars,” he narrates an intimate account of a failed relationship with a self-destructive girlfriend. These tracks demonstrate Waters’s potential as a storyteller as he recalls events and experiences that sound like they actually took place.

The rest of the album, however, is dedicated to Chance griping about his generic girl problems. He isn’t as funny as Slug or as dark as Cage. Phatchance paints a picture of himself as a pretty decent guy who is kind of angsty about his ex’s, and I can’t help but wonder why he felt the need to share his issues with the whole world as opposed to perhaps confiding in a close friend of therapist. On “Invisible Queen,” he complains that he is “so fuckin’ sick and tired of writing about his loneliness,” and I can’t help but second that emotion.

Still, while Phat’s content is bland, his technical proficiency is impressive. He is an able writer, who can effortlessly drop complex rhymes. The album’s opening line, “hip-hop isn’t dead/this is urban lore/I’ll drag a horse to water/make it thirst for more,” demonstrates his talents right off the bat. On “The Catchy Song” the listener gets a break from the track’s otherwise insufferable pretension with the line “[Kanye will] probably put out a porno movie/and even then the bitch will probably have autotuning.” While these instances of humor and insight are few and far between, the clever and intricate rhyme schemes are common place.

The production, credited to a litany of beatsmiths from around the globe, is also technically proficient, though wholly unoriginal. Despite their diverse authorship, the beats tend to fade into the background with their light piano riffs and basic, largely unnoticeable percussion. Otherwise put, and to reference Atmosphere a second time in this review, the beats sound like what Ant was probably dropping in high school. While Ant is able to pack a lot of soul and bounce into his dark jazz, Inkstain’s producers play it way too safe and lay down music which seems aimed to do little more than not detract from Chance’s words.

This focus on lyrics is likely no accident. Afterall, the CD jacket includes a Samuel Beckett quote about how important writing is. But Phatchance is no Beckett. They’re both good with words, but while Beckett wrote existential theatre about some genuinely dark shit – the meaninglessness of life, the futility of aging – and made it funny, Chance writes about some run-of-the-mill shit and, not surprisingly, makes it boring.