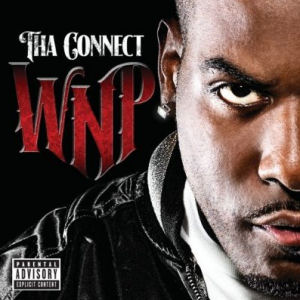 This one came in completely off the radar. Whether it was because of a lack of interest in the artist, bad marketing, or the death of music legend Michael Jackson, that detracted from Willy Northpole’s debut “Tha Connect” from getting its proper dues, the lack of sales is glaring. One has to wonder what kind of impact Willy would have if he ended up on G-Unit, which seemed oh so likely only a few years back. Don’t count him out yet though, in part because of the high quality of this freshman foray into the rap game.

Sometimes I needlessly (I’m a critic of myself, too) divulge our readers of Rapreviews with geographical insight about an artist, but in this case it is relevant information. Willy Northpole is the first rapper from Arizona to really break the confines of the sunny desert state. His stories, rhymes, and interests, are similar to your typical gangster rapper; however, he does have some other sensibilities like family values and is vulnerable enough to express his own emotions.

After a super-slick starter in which Northpole introduces himself by showcasing his style that attempts to combine the swag of Jay-Z with the griminess of Shyne, he brings a straightforward banger with “Hood Sh**,” where he boasts about his various criminal activities:

“I don’t wanna die, but I love the streets
I’m so neighborhood for life, until I’m six feet
And I’m a car jacker and that car is sweet
I drive off with the baby in the car seat”

The track is nothing new to the cannon of hip-hop music, but it serves its purpose as the type of cut worthy of bumping loudly in your trunk â€“ if that’s your thing. Easily the most interesting track on the album comes next. “The Story” is all about Willy’s lost opportunity with G-Unit. Northpole chronicles the tale in over a 3:30 minute track and a lighter beat to help keep the focus on the lyrics. He states that he was invited to 50’s mansion, where there were a number of other up and comers. One of the others, perhaps his competition, spread slanderous rumors that Willy was selling drugs on the property. There’s no beef, but 50 understandably did not want him there anymore. “The Story” seems believable due to the sincerity in Willy’s voice.

Willy Northpole does not ask for too much assistance, which is definitely refreshing. In fact, it is not until “Hood Dreamer” that the first guest appears. B.O.B. handles the chorus on this track but does not do anything to warrant all the hype surrounding him. Later, as with Jadakiss’ “Tha Last Kiss” and 50 Cent’s “Before I Self Destruct, the album gets a little softer when he endorses the help of Ne-Yo (“The Life”) and Bobby V. (“#1 Side Chick) with mixed results â€“ Ne-Yo comes correct but the Bobby V. track is just corny. It would have been nice for Willy to bring along some undiscovered Arizona talent.

“Ghetto Tour Guide” separates itself as the only joint with a sarcastically comedic sting. Here Willy serves up lines like, “Don’t talk to that man/Because he’s blacker than black man,” among numerous other quotables and he also sets a number of ghetto scenes.

As a complete contrast to “Ghetto Tour Guide,” the song “Dear Lord” is Willy talking to his God using a very serious tone. He manages to make comparisons to God’s sacrifices for man to his own without sounding sacrilegious on this stellar verse:

“Lord, I know you feel me
You ran with a crew too
The things that happened to you
Done happened to me
Judas was a snitch
My homey did it to me
Snitching got you killed
Snitching got me three
When the rumors came around
Your homey cut his ears
That’s what we call self-defense around here
And when Mary cheated they threatened her with stones
That’s me catching my wife when I come home
When the Roman Empire said “Off with your head”
That’s the Julian court saying “We want him dead”
Y’all drink the wine
We drink the Hen’
I know it’s wrong
I ain’t trying to justify our sins
Just help me…”

This is an essential cut on the album that is only hindered by a ho-hum hook. Nonetheless, the ability of the featured artist to put together good emotional tracks, gangster tracks, and humorous tracks, displays the versatility that makes him a force to be reckoned with.

While Willy Northpole has barely made a blip on Soundscan with his official debut “Tha Connect” despite Disturbing Tha Peace Records affiliation, he will make a good impression on any listener that gives the LP the time of day. At this point, you can pick up a copy at a budget-friendly price and there really is no reason not to go for it â€“ for Willy Northpole’s sake.