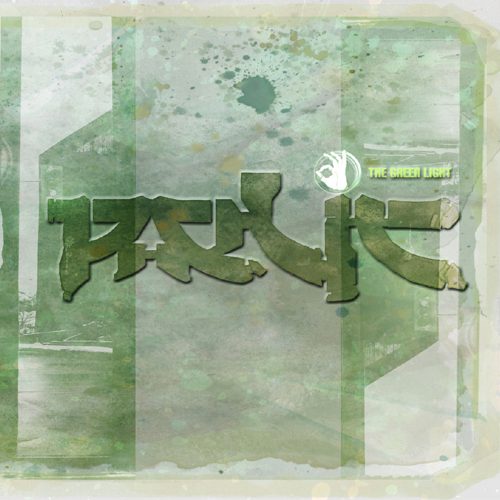 To properly introduce Relic one must first trek back to DJ Complejo’s Shad review from January of 2008. While P didn’t mention any specific producers by name, he gave the “outstanding crew of producers” who worked on Shad’s album 10 out of 10, and praise at RR doesn’t get any higher than that! As it turns out, Relic just happens to be one of those producers, as the bio accompanying “The Green Light” notes that he did production and mixing on BOTH Shad albums reviewed on this website along with providing a vocal or two. That’s not the sum total of Relic’s experience in the music industry though – the Brampton, Ontario based artist has done work for artists on either side of the Canadian border from Manafest to Sev Statik all while building his own Resevoir Studio to bang out beats and rhymes.

If you have heard of Relic, you may have a few preconceived notions about his lyrical content. Rather than play to those stereotypes, I’d rather put that aside for a later paragraph and jump right into an album that aside from guest vocals was “written, produced, recorded and mixed” entirely by Relic. The amount of rappers who can pull off juggling all of these balls at one time can be counted on your hands and toes, and if you segregate that to SUCCESSFUL juggling you only need two hands – chop off one if you’re extra critical. Relic’s experience in the music industry seems to have him well-prepared for this challenge though, and his only complaint on “Give & Take” is that he’s just not compensated well enough:

“Never mind shakin my fist when disappointment hits with this
I’m on the grind like gears with a first timer drivin a stick
Tryin to find the sweet spot with the least resist
Not to ease off the work but to squeeze off perks to assist
More times, the benefit, is not proportion to the effort
that I’m spendin and don’t even resemble it
I oughta be cautious when I wanna cut out costly losses
and take a second thought
They might well be pieces of the puzzle that propel me out a trouble spot
Cause Rel stumbles a lot
They say somethin gotta give and I release what I got
But there’s so many on the take it make me wanna take off!”

Relic’s complaint that “it ain’t askin a lot to get paid for my callin and trade” is a refrain often heard in underground rap, but Rel manages to avoid the trap so many fall into of being a whiny spoiled brat about it. There’s no sense of ego or entitlement to Relic’s sentiment because as he notes “if you’re broke, and dope, then we can reach a point of settlement if its reasonable.” It’s certainly unfair to not give Relic SOME barter in exchange for beats like these – smoothly merging a mid-tempo beat with multiple layers of instruments and melodies into a seamless hip-hop whole. Relic is far from the type to dwell on the “I gotta get paid” tip though, and “The Green Light” reflects a whole range of topics and sounds. “One Plus One” is a fast moving braggart’s tale where he defines his style as “one leg up on competition like a dog pissin/rainin down on your position.” The sunshine sound of “Stronger” could be lifted from a 1970’s soundtrack or a children’s television show of the same era – either way the harmony and uplifting topic are an ideal match. Relic isn’t afraid to share the sun though and brings in Shad to rap on “Count Your Blessings,” Saukrates to rip on the electro-pop vibe of “Just the Day” and let Brotha Soul and Kam Moye take +ALL+ of the sun’s rays on “Let Em Know.” He’s not at all selfish with the beats.

Now earlier we did not that if you were already familiar with Relic, you might have a bit of a predisposition about his flow. Listening to this album, I’m convinced there’s nothing corny or preachy about Relic’s rap, but his bio does make note that Relic “got his start at church outreaches across the GTA and northern U.S.” You’ll note if you examine the artwork at the top of the review there’s no parental advisory sticker and after hearing 13 tracks on “The Green Light” I can confirm there’s no need for one. Now having NOT experienced one of his “church outreach” concerts, I can’t tell you if he raps biblical verses in person. What I can tell you though is that when Relic describes himself as “Out There” he’s not exaggerating, because few rappers will rhyme “vortex” and “cerebral cortex” with “paycheck” and make it all work – but Rel does. He’s not a simplistic rapper, but he may be a God-fearing one, and I’m cool with that. You get an underlying sense of spirituality throughout “The Green Light” but it’s not that cornball in your face “Jesus loves me” shit you’d get from DC Talk. As such it’s not hard to recommend the “written, produced, recorded and mixed” music of Relic – a one man show who has a lot more to show than you already know.