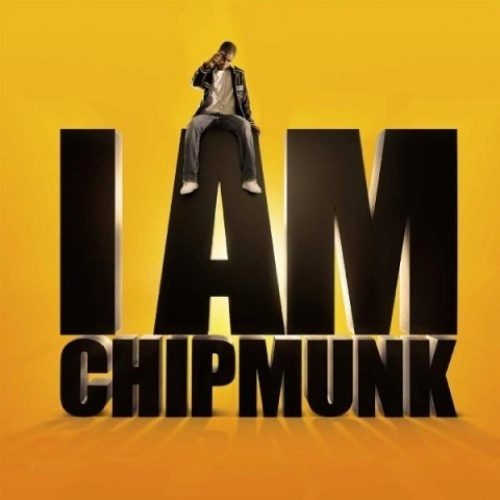 Chipmunk :: I Am Chipmunk

Wow, I’ve been trying to review this one for months now. Every week, I’d get to the vital point and think “Nah, it’s cool, I’ll save this for next week.” You see, dear Reader, it wasn’t mere procrastination – it’s just that sometimes life gets in the way.

In that time, at lot has changed in the young life of Chipmunk, the annoyingly young and talented UK rapper. There are vague echoes of a Nas 2.0 in the build-up – he was only 18 when the album was released on Sony/Columbia, having already won a couple of trophies at the MOBO awards, besting the biggest American rappers two years in a row. It is safe to say that he had, up until that point, created a buzz that was probably unheard in the UK, especially for a kid finishing his A-Levels. Plus, he had MONEY behind him, being signed to a savvy major label that was willing to back him with production, marketing, promotion and all those other sickeningly inartistic ideals. Of course, with that kind of support – the kind where a major label attempts to steam-iron any traces of personality out of said unfortunate rapper – comes something else. Pressure.

The unimaginatively titled “I Am Chipmunk” was released in early October 2009, and was buoyed by hit singles. By that, I mean hit singles that people actually bought by the bucketload. Yes, “Beast” was a cute Lil Wayne Xerox street single, but then something unexpected came along… “Chip Diddy Chip” was a pretty plainly cynical let’s-chuck-a-bit-of-electric-guitar-on-some-rap-shit opening salvo, accompanied by a video about 50 times more expensive than “Beast.” Then, “Diamond Rings” followed, and it was truly superb. And at the crucial moment, the weirdly catchy female-anthem “Oopsy Daisy” stormed to the top of the charts, and the seas parted for Chipmunk. His moment had come, and – to be honest – it didn’t really matter to 90% of the intended target market whether his album was “critically acclaimed” or not: they were buying it. As a result, the album went straight in at number 2, and continued to shift impressive numbers, owing to another popular single, the blatant “I Gotta Feeling” rip-off but still very catchy “Look For Me.”

Everything can seem perfect, but sometimes life gets in the way. In November, worrying reports started filtering through. If Twitter is the quickest and easiest way to get in trouble for the modern celebrity, then Chipmunk was looking for a way out. Literally. Were his “suicidal” messages innocuous (too many spins of “Makaveli”), or cynical (keeping public interest going), or genuine cries for help? Speculation escalated, and suddenly everyone remembered that here was a kid with the weight of the world on his young shoulders, probably struggling (as 99% of us would) to cope with the burden. And so, a slightly different perspective has taken grip of what initially seemed like a somewhat innocent debut album.

The truth is that that crucial 10% of his fan base was actually rather disappointed by the ultra-poppy direction that seemed to have been forced upon him. The first time I heard of Chipmunk was through a YouTube video that Tim Westwood posted displaying a very young lad spitting FIRE in the Radio 1 studios. He looked like he should have been tucked up in bed with a cup of cocoa, but the video, for whatever reason, struck a chord and ended up being a massive cult hit. Suddenly, he had “heat” and majors came a-calling after a while. The end result here on “I Am Chipmunk” is a surprisingly pleasing listen, but one that disappoints in a similar way to “Blueprint 3” – yes, it has hit records, but it is something of a pyrrhic victory. You know that this MC is impressive, but is saying practically nothing of any note in a pretty unimpressive manner, thus diminishing the relevance of the part they play on their OWN record. Whilst Jay-Z deliberately chose his path, jumping ship thus letting “Empire State of Mind” rule the world, it is difficult to believe that Chipmunk willingly recorded anything other than the “I Am (Interval)” where he cuts loose for pretty much the only time.

There aren’t any truly weak songs, and the end result is an album that is actually VERY listenable from start to finish – something that is aided by the wise 47 minute brevity (it flies by, really). But it really seems like an album that has been carefully put together by a very clever marketing team – whereas Nas’ classic debut was pieced together by MUSIC guys. Having four hit singles from your debut album is a dream come true, especially when you are only eighteen, but it is particularly telling that after the last hit on the album, “Look For Me,” Chipmunk becomes a lot more mournful. Whether that is us projecting his unhappiness retrospectively, or him predicting his future malaises (or, more likely, him being TOLD which topical matters sell records), it is somewhat interesting to hear him bemoan his new “role model” status, and the discomfort he feels when people are out to get him. As the Clipse recently said, “Be careful what you wish for/Behind every curtain the devil and his pitchfork…” This is everything that Chipmunk had wished for, but within a few weeks of getting it, maybe he realized he didn’t want it anymore – or at least not like this.

If it seems like I’m being harsh on a young kid, it’s not really Chipmunk that is directly at fault here – it is clearly his record label, and the pressures upon him to succeed, sell records and be the “Saviour” of the UK urban music industry. There is a reason that rappers very rarely get going before they are at least 24 – it takes time to mature and grow into the role of a rapper, because it is (at its best) a complex and multi-faceted job. There are a few anomalies, like Chipmunk, Nas and a handful of others. But here he seems like a guest on his own album, one that has catchy but extremely patronising production, and as a result, he does what a guest is supposed to do. He diligently nods, laughs politely at the awful jokes, complements the lovely house, and leaves with a feel of quiet dissatisfaction. Chipmunk is a true talent, the one ‘most likely to’ – but he will never find true happiness creating albums as plain as this.