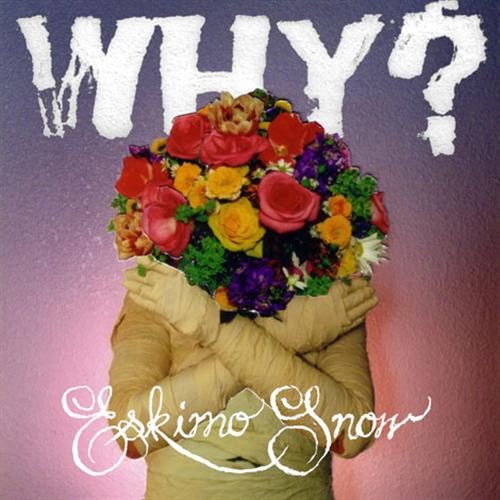 Why? :: One Dark Eskimo Remixes

I find myself in the odd position of reviewing an EP of remixes from an album called “Eskimo Snow” that I’ve not even heard. Perhaps that’s for the better though as the artist in question ends up being a question with no good answer. WHY?There’s no doubt Jonathan ‘Yoni’ Wolf is a creative and artistic individual, but his art really doesn’t have any hip-hop appeal. He’s not rhyming, he’s not even singing rhymes a la T-Pain or Kanye West, he’s just singing – singing weird folksy pop tunes that probably appeal to people who like Live, Blur or Incubus. If that’s your cup of tea, fine. I’m not hating on your choices, I’m just stating (perhaps somewhat emphatically) it’s notUSUALLY mine. Why? was marketed to me as an album from the anticon label’s core, and that core was at one time hip-hop’s bleeding edge. The only thing that bled when I listened to “Alopecia” was my ears.

If you want to know how Why? got a second chance under the circumstances, I can honestly say I took this EP on for review for two reasons – the short length promised not to offend me (too much) and all of these tracks were specially remade by noted producer Amp Live. Now this too is slightly problematic because I was not a fan of Amp’s “Gary Is a Robot” release, but his work for other artists like Zion I had been to my liking in the past. I honestly believed that if anybody in the hip-hop realm had a chance to bring the modern day Why? back to the old school anticon format, Amp Live could be that man. Sadly that just isn’t the case. I hesitate to begin to even speculate what the original “Eskimo Snow” songs were like, but I’m not sure these remixes have improved them. Wolf sings his way through songs like “Black Purse” with the ear piercing sensibility of a walrus in heat:

“Fact – the poseur and the bowler get shot first
Thinks he’s the shit cause he can spit and curse
Actin brash and flashin a pistol
His words, scowling, and shouting
Shall, we, dance?
Should our hero’s handest be holding his blackest purse?”

The question here isn’t WHY it’s WHAT? – as in son, what in the BLOODY BLUE HELL are you singing about? Maybe this would work for me with Kool Keith’s deadpan delivery and a beat from Prince Paul, but Wolf’s voice is like nails on a blackboard and Amp Live’s bouncy bop beat does nothing to disguise how irritating lyrics like “the small fry in a bowtie dies first” are. Of all five songs “Good Woodz” comes the closest to being dope because Amp’s piano production has some hip-hop attitude, and the vocals are submerged beneath the heavy echoing melody to the point I can mostly ignore them. “Bezerkly” actually reminds me of a Dr. Octagon track – but not the original release – the much more controversial return. The singing kills any buzz I could get from it though, and the rest is horrid.

Sadly for a producer I had some respect for going into the last two projects I reviewed, I’m starting to seriously reconsider my position on whether Amp Live was ever really that dope to begin with. Of Why? I have no doubts though – everything I didn’t like about them the last time hasn’t changed one bit. They clearly have passionate fans who embrace this work who will find my review and write spiteful blogs that I just don’t get it, then get stoned and throw on “Eskimo Snow” to revel in Wolf’s awful delivery and incomprehensibly abstract lyricism. To them I say cheers – hate if it makes you feel better. I don’t think that’s what Why? is actually going for – they seem to be on more of a pop journey that’s underwritten with a slightly sad worldview, but if I wanted that I’d listen to The Cure – with Robert Smith there’s no need to ask why.