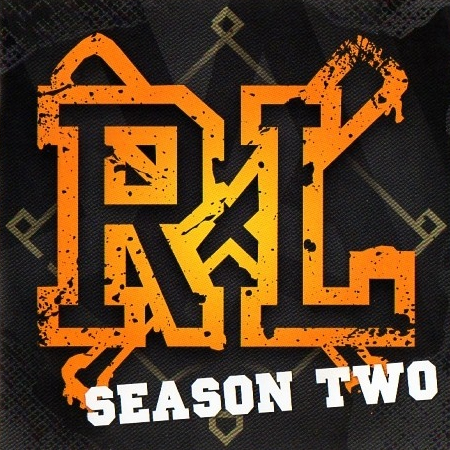 The press kit for “Season Two” likens Rec-League to the Beatles, Wu-Tang, Living Legends, the Likwit Crew, and the Juice Crew, warning listeners, “Every once in a great while, God-given talent and geographical proximity combine to form a kind of perfect storm of artistic expression.” A tad pretentious perhaps, but then again the Rec-League boys aren’t exactly newcomers to the game. Chief among them is Grip Grand, the acclaimed Bay Area rapper whose sophomore effort “Brokelore” was one of the best albums of 2008 and along with his 2002 debut “Welcome to Broakland” comprised one of the decade’s most criminally underrated catalogs. On songs such as the heavily inspired “A Penny” with Richie Cunning and “Poppin’ Pockets (Remix)” featuring A.G. of D.I.T.C., he humorously explored the struggle of life on a budget constraint. Both an excellent lyricist and producer, he displayed a great ear for soulful grooves and dramatic hooks.

The Living Legends comparisons are surprisingly accurate. Rec-League is a crew of humble, amusing, lyrically competent, and individually distinctive MCs and producers with a sound and quality uncannily similar to their Bay Area underground brethren. Although there’s a wide variety of characters, they tend to be thoughtful, laidback cats who share a love for music and alcohol. Most have been recording and performing on the underground scene for years and possess a wealth of stories about their experience in the music industry.

The tracklist opens with one of Grip Grand’s signature chipmunk soul beats on “You’re the Best,” a cheerful posse cut with verses from Grip, Cunning, Haji P, No Wonder, Rob Rush, and QM. “Pour Some” and “The Fresh Prints” interpolate familiar songs: the former, QM’s ode to weekend drinking, samples Def Leppard’s “Pour Some Sugar on Me.” On the latter, Haji P lifts the beat from the “Fresh Prince of Bel Air” theme and makes a clever parody, chronicling his journey from North Carolina to the Bay Area’s rap scene. Other highlights include Rob Rush and Vince the Bard’s deep “Slow Down Young Man,” with a superb piano-based track by P. Soup, and the grimy “Just Rap,” where Cunning and TopR assert their no-gimmicks stance. The crew flashes nice chemistry on the late posse cuts “Our Way” and “Disneyland,” and you’ll be surprised to learn that “True West Coaster” was produced by Dubs Attic and not Dr. Dre.

Both of Grip Grand’s solo tracks are gems; the catchy “D.O.A.” is absolutely charming and the tasteful “Secondhand Smoke” is contagious, a gorgeous, silky-smooth track that sounds like a cross between “Crumblin’ Erb” and “Acid Raindrops.” These tracks hardly resemble each other and show his versatile genius as both an MC and a producer. Juicy the Emissary also provides two of the best productions: Fab Deuce’s fresh, feel-good party jam “What I Like” and his own solo track, the soulful, sax-laden “It’s Da God.”

One of the guys’ strengths is an understated, wry humor that they have in common. Over his own expansive beat on “Richie Cunning’s Day Off,” the song’s namesake sketches a goodwill mission toward other rappers by planning to take 24 hours off to give them time to shine in his absence. No Wonder displays good-natured confidence over RC Peters’ exuberant track on “People Love Me,” and backed by a seductive bass groove, the smooth Proe professes undying love to his girl on the ironic “Kop Cilla,” singing “I am your stolen gun / I’m so hot for you / If you were on the run / I’d kill a cop for you.”

As easy as it is to chalk another one up for Grip Grand, his crew deserves equal credit. In an era where practically every noteworthy rapper has a crew to put on, Rec-League joins elite company in being talented across the board and boasting a wide range of memorable characters who don’t all blend together. “Season Two” does a nice job introducing the crew to new listeners and should inspire further interest among those who get a hold of it, and while some of it does feel like a mixtape, it’s a really nice mix that should only get better as warm weather comes our way. In spite of their name, Rec-League is a crew of quality players with enough talent to compete with California’s big boys. With a busy 2010 planned, hopefully word-of-mouth will continue to encourage more listeners to explore their inspired, appealing hip hop.