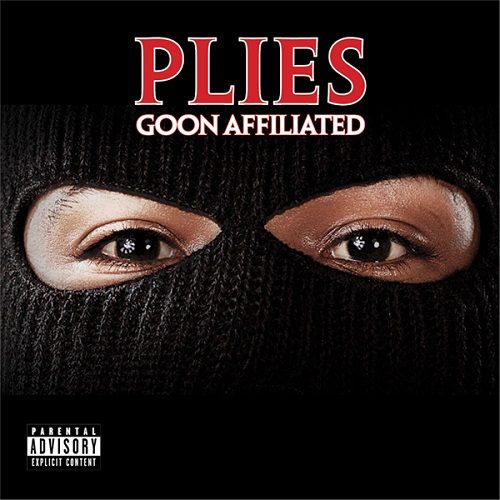 He’s as loud as he is proud. He’s Florida to the death but loves his “goons” even more, proudly bragging that he singlehandedly added the term to the hip-hop lexicon. The term predates rap usage by at least 90 years though, having become slang for a muscular (and usually dimwitted) gun for hire, backing up any criminal enterprise that pays enough for his/her services. The negative connotation is the same reason some hockey players are called goons – it’s assumed they are on the ice for the purpose of beating up other players rather than their skill at passing or scoring. Plies defines his goons the same way – they’re loud, they’re strong, and they hit real hard. These are positive traits when you come from the world Plies does, where the strong do battle with the strong, and the more goons you have on your team the more likely you are to survive (nevermind the innocent bystanders and casualties) in battle.

Curiously for Plies he’s achieved success on three straight albums by combining his unrelenting love of being REAL and supporting his GOONS with surprisingly urban contemporary crossover rap songs like “Shawty” and “Please Excuse My Hands.” Even though Algernod Lanier Washington may be the goonest of all rappers from the Southeast to ply his trade – giving Trick Daddy and Rick Ross a run for their money as Florida’s Heavyweight Champion – it’s his ballads with R&B singers that put gold plaques on his walls. That’s why even on the 15 tracks of “Goon Affiliated,” featuring some of his surliest sonnets to date, you’ll still find a big radio song like “Kitty Kitty” produced by Fisha & Pryce with Trey Songz on the hook.

“I’m lookin for the right kitty, nice walk, nice fur
She got a real strong stance, with a real soft purr
Want a clean kitty who don’t like the hogs and the dirt
Wanna lay in your lap – rub her face in your shirt
And she’s super super timid – she don’t like to move first
Got a solid little frame with a nice set of curves
And she sleep in her box – what I love about her
Love to hang by herself, love to stand in front a mirror
Got nice long legs, look good in a skirt
And her hair just flow…”

Plies knows which side his bread is buttered on, so with all due respect to all of his goons be they his friends or fans, expect one or two songs like this on every Plies album until Plies stops MAKING albums. I nearly thought he did – after three albums in two years I got to the point I expected one new Plies CD every six months. When the last one failed to go gold though Plies may have realized he was flooding the market and he should slow it down a bit, and I think that was for the best. By the time he came back with “Goon Affiliated” I was ready for more of his raspy Florida drawl, and judging by the club and chart success of the J.R. Rotem produced “Becky” the public was too – though this song needed MUCH more cleaning up to get radio play:

“I’m on this liquor, oh so heavy
Befo’ we fuck, can you neck me?
A little head and I am ready
I want yo’ vibe, gimme that Becky!”

Without going further you can get the general idea that every line of the song is a reference to a sex act, sexual position or sexual favor. It’s raunchy enough to be a 2 Live Crew song, though they made edited versions of 2 Live Crew albums too. Of course explicitness is a Plies trademark you’ll find throughout his tracks, and “Flaw” exemplifies this trait – he’s barking at fakes in the intro before the song even begins: “I wouldn’t give a damn if you was a kin to me bruh, I don’t fuck with you at all!” Over the big banging Big Jones beat, he returns to form from his previous three CD’s and once again reminds us what’s “real” and what’s “fake,” and anyone who is fake is “Flaw” and therefore worthy of either dismissal or violent retribution. Violence is definitely one of Plies’ hallmarks too and he’s unapologetic about it – after all he’s wearing a ski-mask and scowling at the buyer on the album’s cover. He’s so enamored with his thuggery he declares that he’s “a million dollar nigga” that ought to stick himself up on the confusing but amusing “Rob Myself.”

In summary here’s what you’re in for on “Goon Affiliated”: crossover track with R&B singer check, thugged out raps for his fellow goons check, cameo appearances by the likes of Young Jeezy and Fabolous, check and check. There’s no mistaking or denying what you get on this CD – the same thing you got each time out before. If anything Plies might be thugging a little harder due to his delay between albums and/or a perception that he’s gone pop, but Plies always has been and always will be a proud goon repping Florida and those who appreciate that won’t be disappointed with “Goon Affiliated.”