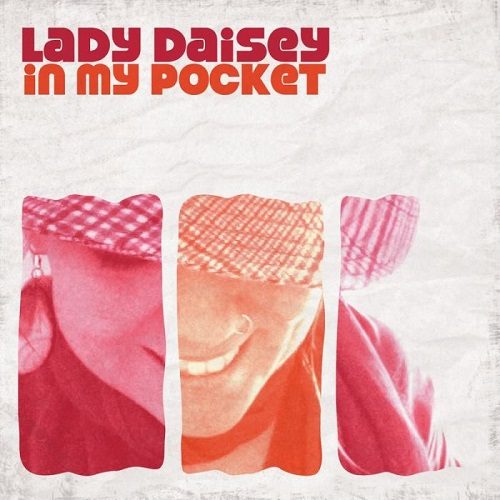 Lady Daisey :: In My Pocket

Earlier in the millennium, RapReviews.com had to fend off promoters and publicists who were looking to place R&B content with us. Even though we can always make a good case for reserving this space for rap, we’re known to make exceptions, and even when it comes to contemporary mainstream R&B there have been some careers (mainly: Mary J. Blige, BeyoncÃ©, Erykah Badu) that have been so intertwined with hip-hop that it would be foolish to ignore them as a rap publication. And who’s to say Lauryn Hill, Cee-Lo Green, or Drake are not hip-hop because they are vocally ambidextrous? I will still fight the notion that it’s all the same, a confluence of urban styles just made for cross promotion, but even with a healthy distrust of all things R&B we do have some reason to be thankful for the additional exposure these singers gave to a lot of our rappers over the years.

All of this is of little relevance when someone like Lady Daisey comes along, who is but one of the many artists in any music genre who interact naturally with a hip-hop beat and a rap verse. “In My Pocket” is Daisey’s solo debut. She has been part of Heavenly Noise, a duo she forms with her partner, producer Batsauce, who was also in the line-up of the Jacksonville, FL-based Smile Rays, where the couple was completed by MC Therapy AKA Paten Locke. The trio released the digital “Smilin’ on You” as part of the Rawkus 50 and the full-length “Party… Place” in ’07.

Born in Brooklyn but raised on the road, Lady Daisey traveled with her parents’ band top 40 cover band and has made the stage her second home. After settling in Florida and working the local music scene, it was also on stage where she met her future husband Batsauce while performing her own material described in one bio as ‘acoustic soul originals.’ That template is still in effect on “In My Pocket,” although she is now accompanied by banging beats instead of a guitar.

From a hip-hop point of view, it’s certainly Batsauce’s contribution that fires up our interest in “In My Pocket.” Proving once again that hip-hop is just as much a musical attitude as it is a style, he constructs simple but rich beats that possess that extra punch that aligns them with generations of funk and soul-inspired hip-hop tracks. “4 AM” is timeless feel-good boom bap that could also be signed by Thes One or Kero One. The contemporary soul shuffle of “Soul Strut” could also come courtesy of Raphael Saadiq or Mark Ronson.

But it’s Lady Daisey who brings the key ingredients enthusiasm and charisma to these tracks. She cherishes the wee hours on “4 AM,” singing with the birds and absorbing “the collective energy of everybody’s dreams.” She prizes “Day Old Bread” she finds in her pocket in the song of the same name, a folksy ditty led by a double bass that cuts itself off from material baggage: “Fancy cars and jewelry, pretty as they may be / take up space in my tiny place, just enough for you and me.”

Lady Daisey often assumes a girlish voice befitting the inclusive, open-minded message of her songs. A touching example is “Wants and Needs,” where she discloses that there’s not much of a conflict between what she wants and what she needs while guest rapper Akrobatik has to wrestle with his thoughts a little harder:

“I want my mama livin’ her life with no worries
I wanna have some kids one day, but no hurry
I want my vision never to be blurry
in the face of all the government’s lies and distractions
Want ’em to take accountability for they actions
I just want some satisfaction
I wanna feel like that ain’t too much to be askin’
I want my hip-hop to resemble way back when
no one was a killer, too cool to bust a backspin
Wanna be remembered for my music and good deeds
and see the minds of the young brothers in the hood free
I want exotic chicks passin’ me exotic weed
and despite what I want keep sight of what I need”

A free spirit who lets her heart speak, Lady Daisey may not be the most awe-inspiring vocalist (Lady Day she is not), but she combines quirky charm and sage outlook, recalling the early stages of the careers of Macy Gray or Nelly Furtado. And despite strong musical backing she’s always in charge. She even lands firmly on the rap side with the wake-up call to all sleepyheads, the orchestral “Gotta Get Up.”

Naturally, love is in the air on “In My Pocket.” On “Hometown” she relates, “I grew up in a Winnebago I called home, the US of A my backyard” – “whoever woulda thought that I’d find you in my hometown?” She dedicates “Goes Down Like” to Batsauce, describing their cohabitation (currently located in Berlin) as a happy home where the husband’s beat tinkering inspires his wife’s moods. As she explains in an interview: “I cherish the sounds coming out of our studio… and I LOVE the way our house sounds! I hear every boom, every bap, every beat Batsauce makes. So I’m forever humming, singing, and freestyling to the omnipresent soundtrack in our home. ‘You make the music, I sing the song, you make the music and we get it on.'”

Lady Daisey and Batsauce display an undeniable chemistry and serve up an endearing, playful platter of grassroots soul hop that balances variety and unison. To sum it up, RapReviews.com is on the wrong track if this album doesn’t appeal to at least a few of our regular readers. The biographical “My Story” is hip-hop as can be, the knowing hook melody supported by Big Daddy Kane and Just-Ice samples. But regardless of any selling points “In My Pocket” is a heart-warming, stubbornly optimistic project I can only recommend.