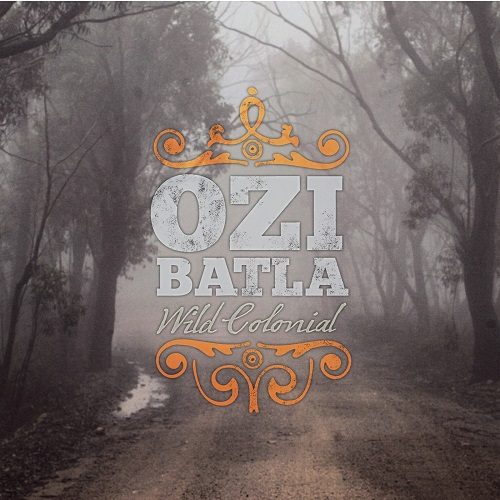 “Wild Colonial” is the first solo record from Shannon Kennedy, aka Ozi Batla. Ozi is a veteran of Australian hip hop, performing for the past decade-plus in groups the Herd and Astronomy Class. The Herd are sort of an Aussie Roots, performing as a full band, mixing live instruments with their machine-made beats, and offering insightful, intellectual lyrics. For his solo debut, Ozi teamed up with producer Sandro and DJ Bonez, who share his love of classic old-school hip hop. The result is twelve tracks of hip hop that mixes melodic but hard-hitting beats and thoughtful lyrics.

Ozi is relishing the freedom of going solo after ten years in a group dynamic, and he uses his independence to focus on more personal lyrics and flex his singing skills. There is a mix of live instruments in with the sample, but the overall feel is old school East Coast hip hop. It’s no surprise that his ode to keeping it real, “Integrity,” riffs off of Black Star, while Sandro cooks up a beat made up of some vibraphones, snapping drums, and half a second of a guitar line. Ozi’s accent is the only clue that this isn’t from New York.

The title track at first seems like simple Aussie cowboy rap. On closer examination, you see that it’s about how Ozi feels like a colonist in both his home country and his art form, all done through the lens of an outlaw/folk hero. There’s a little Woody Guthrie in Ozi’s sung chorus of “He bade the judge good morning/and he told him to beware/that he’d never rob a needy man/or one who acted square/but a judge who robbed a mother/of her one and only joy?/Well surely he’s a worse outlaw than the wild colonial boy.”

Ozi’s approach to being a colonist seems to be to respect the native culture as much as possible, while remaining true to himself. This is especially the case when it comes to hip hop. Like most of the Aussie rappers I’ve encountered, he has a deep respect for the old-school, while not being afraid to put a distinctly Aussie spin in his music. Ozi is especially adept at the kind of intricate battle rhymes that NYC perfected twenty years ago. He demonstrates this on the opening track, “Air Raid,” rapping:

“MCs are scared to say what I dare to say
You can fuck around with word play until your hair’s gray
Hey, I’m just like the rest of you
If it takes a couple of listens, it’s because I’m testing you
What I said was true, and will be, so chill, see?
These flash in the pans, they come on so trill, please
I took the slow climb, they faked it until they made it”

The beats are solid throughout, and Ozi’s rhyming is consistently good. I was a less enthusiastic about his singing: he either sounded like Everlast as Whitey Ford, or dipped dangerously near Sugar Ray territory, particularly on more melodic songs like the skippable “She’s Gotta Have it.” I’m a firm believer that adult contemporary rock and hip hop don’t need to mix, so I didn’t appreciate his experimentations in that direction. That said, there are enough good tracks on “Wild Colonial” to make it worth your time. Ozi Batla is yet further proof that Aussies know how to do hip hop right.