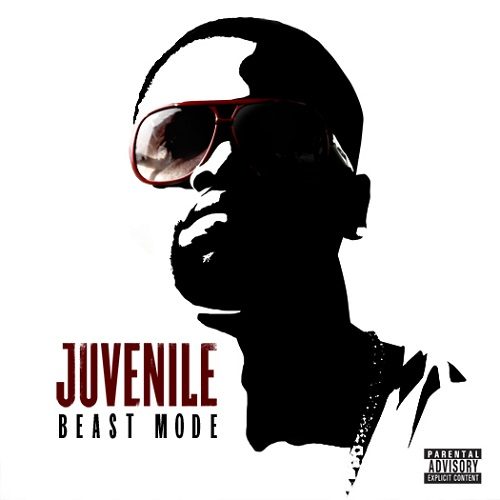 History’s been kind to Juvenile. If you told folks back in ’98 that “400 Degreez” would be considered damn near a hip hop classic a decade later, most of them would have called your bluff. Yet after a decade-and-a-half of recording, Terius Gray has attained unusual longevity in a career largely spent embodying the factors that made fans love and detractors love to hate the Cash Money Billionaires and New Orleans bounce music at large: shameless opulence and materialism, undisguised misogyny, sly humor amidst often simplistic lyricism, an inimitable swagger and style, addictive, irresistible cookie-cutter beats, and a penchant for making both club and street anthems and posse cuts. An excellent rapper but an even more likable character, Juve rose from the streets of the Crescent City to attain legendary status, pioneering his city’s infamous bounce sound and selling millions of records both solo and as a member of the Hot Boys and UTP.

However, to say that Juve’s career was all peaches and cream would be a gross oversight. Citing years of turmoil and lack of compensation, he left Cash Money for good following 2003’s “Juve the Great,” only to watch his beloved hometown decimated by Hurricane Katrina. He returned with 2006’s chart-topping “Reality Check,” a triumphant first record since severing ties with his longtime label, but in 2008 was derailed once again by a perplexing triple-homicide in which his four-year-old daughter was murdered along with her mother and half-sister by her half-brother. In December 2009 he released the dope yet quietly received “Cocky & Confident,” and just seven months later came back with “Beast Mode,” a lean eleven-track effort delayed due to Juve’s belief that it was a “summer album.”

“Beast Mode,” Juve’s ninth solo by my count, picks up right where “Cocky & Confident” left off with an array of exuberant club-ready anthems. What it may have over its predecessor is a lack of autotune and R&B influence and increased focus due to fewer guest appearances and a shorter running time. “Beast Mode” also contains some of the freshest, cleanest sounding beats Juve has graced to date, courtesy of S-8ighty, Sinista, Niyo, Streets, C. Smith, and Raw Smoov. Although they frequently give nods to his bounce music roots, these tracks are polished and contemporary, and Juve still sounds great. The opener “Go Hard or Go Home” is a horn-heavy manifesto that Mannie Fresh could easily have made, and Juve treats it accordingly:

“Bitch I go harder than the Iron Man
But you, but you be losin’ like a Lions fan
Nino, I’m really really doin’ it
If you ain’t in this motherfucker thuggin’, whatchu doin’ bitch
Na, I lay it down solo
I’m bouncin’ in this bitch spillin’ liquor all on my Polo…
I’m a big dog, I’m a big dog, no Toto
And I don’t have no love for these niggas, bitches or po-po
And I ain’t smokin’ on no mojo
Man I mix the purp with the Henny and I go loco”

The first single “Drop Dat Azz” is a club-tailored banger the likes of which Juve has made a career upon, and the frenetic “Bitch Instructions” recalls the wild, charismatic flow of “I Got That Fire.” S-8ighty’s beat on “La La La La La” is contagiously catchy, and he shares the mic with his own son Juvy Jr. on “Nothing Like Me.” The bouncy “No Team” pledges solidarity:

“I walk alone in this beef shit, though my trail hot
What I done seen at my age, I oughta be shell shocked
And real talk, I’m not tryin’ to say that my thugs soft
‘Cause my thugs’ll kill everything that you love off
You better chill boy, take you and your trouble home
And pay attention to who the fuck you be buckin’ on
And if security come, you better say ain’t nothin’ wrong
Try me boy, see if you make it fuckin’ home
You used to lyin’, but me, I hit ’em wit’ bare facts
It ain’t no way to walk over me, I’m a bear trap
You started ‘lone, you stuttered wrong, I make decisions fast
Shit stains on my tennis shoes, I be kickin’ ass
Clash of the titans, somebody let the cracka lose
Get at you early in the mornin’ drinkin’ your apple juice
And I don’t have to borrow shit, I have enough o’ toys
And what I need a team for? They make too much o’ noise”

The spirited “Lights, Camera, Action” closes the album with a highlight. The only missteps of note are the slightly forced “Drinks on Me” and “Pussy Kat,” and clocking in well short of 40 minutes, some listeners may actually be left wanting more.

Juvenile may be forever known for the singles encompassed by his 2004 “The Greatest Hits” collection, but a comparably good compilation could be made from his post-Cash Money catalog. With CMB miles in the rearview, he may not clock the sales he did in his heyday, but at 35 he’s still the rapper that Plies, Gucci Mane, and the latest generation of southern swagger rappers wish they were. Familiar yet undeniably fresh, “Beast Mode” is just as Juve intendedâ€”a great summer album.