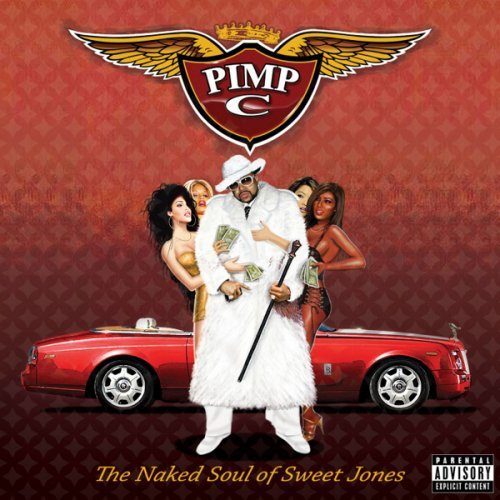 In hip-hop, the posthumous release is a touchy topic. In it’s current form, things really got started when 2Pac and B.I.G. died and left fans starving for new music. In subsequent years, we’d come to see releases from other deceased artists like Big Pun, Big L, Eazy-E, Ol’ Dirty Bastard and Camu Tao to name a few. In some situations, the posthumous release results in a stature that becomes much larger than it was when the artist was still alive. One of the greatest manifestations of this is in the case of J. Dilla, whose standing in hip-hop history has taken a meteoric rise since his passing in 2006 from that of a dope producer to that of a hip-hop icon. There seem to be two extreme stances when it comes to many of the posthumous releases where one side of the argument feels that the work of the dearly departed becomes tainted when reworked and released, and the other side is just happy to hear some new shit that would have gone on lost forever in the annals of time.

If you didn’t know or just hadn’t figured it out by now, Pimp C is dead. A few years ago at a Bun B show I attended, Bun said that there would be some new material forthcoming even in the wake of Pimp C’s death. I initially shrugged it off as just an attempt to get a cheap pop from the crowd, but then a new UGK album dropped and details of a new Pimp C album began to emerge.

This brings us to “The Naked Soul of Sweet Jones,” the album that Pimp C was working on at the unfortunate time of his demise nearly three years ago. In the time that has passed since that fateful day in December, Pimp’s partner in rhyme, Bun B has gone on to release two solo albums (“II Trill” & “Trill O.G.”) and even managed to pull together another UGK album (the aforementioned “UGK 4 Life”). The list of featured guests on the album is quite extensive, including the likes of E-40, Too Short, Drake, Chamillionaire, Rick Ross, Slim Thug, Webbie and Lil Boosie, among others. Also featured on the album is Young Jeezy, who had been speculated to be on the receiving end of some not-so-nice comments made by Pimp C prior to his passing. Interestingly enough, Bun B’s appearances are limited to three out of the album’s thirteen tracks. The way I’m looking at it, although I’m sure Bun had a major hand in “Naked Soul” seeing the light of day, he wanted it to remain a Pimp C album at large and not a UGK affair. The production is handled by Cory Mo, Boi-1da, Steve Below, Jazze Pha, Big E, DJ B-Do, David Banner and VMAN Productions. At the onset of things, we are greeted by a familiar voice that croons:

On “Down 4 Mine,” Pimp goes on to say that this is his first album, explaining that “The Sweet James Jones Stories” was released while he was in the penitentiary and “Pimpalation” was more of a compilation than an album. The first single to be released was the retro-styled “What Up,” produced by Boi-1da and featuring guest verses from Drake and Bun B. “Love 2 Ball” features a Chamillionaire verse sandwiched between two verses from Pimp C. Jazze Pha produces and provides the hook for “Fly Lady” as Pimp proceeds to “let the top down and lean to the side.” Bun makes his second appearance alongside Young Jeezy, as they give fashion advice on “Dickies.” With a smooth ass outro that goes on for nearly two minutes and rhymes from two of hip-hop’s greatest macks, the Big E-produced and Too Short-featuring “Made 4 Me” is one of the album’s standout tracks, as Pimp C raps:

“You know what you got to do, you got to pay how you weigh
Like a candy bar bitch, every day is PayDay
Like the candy car bitch, the chrome lady got to weigh
Fittin’ to hit that Miami.. .Pimp, $hort and Jazze Pha
We got to the beach, the ground was so sandy
Bitches on my dick like ants on candy
She say she wanna choose, say she’s prime time
All I really got is pimp game and some dick from behind
No pay, no play… that’s me
No promo concerts, no dick for free
No freestyle sessions, ’cause I don’t waste raps
And I’ma show you how to put yo’ pussyhole on the map”

The lushly-produced “Midnight” comes courtesy of David Banner and features Rick Ross and Slim Thug. The string dominated track is exceptional, but it seems slightly out of place on the album. “Hit The Parking Lot” is heavy on the synthesized bass and features Webbie and Lil Boosie and seems destined to be the official parking lot pimpin’ song as guys play the let-out at clubs all across the country. The album closes out with “Massacre” which features a verse from Pimp C, followed by his traditional brand of brash shit talking directed at someone who remains unnamed, because apparently they “like to sue niggas and shit.”

So where does “The Naked Soul of Sweet Jones” rank? Well, it’s not garbage and it’s it’s not neccesarily all golden, I’d put it somewhere in the middle. My only gripe is that I wish there would have been at least one of the more inspiring types of tunes by Pimp C. Most fans will appreciate hearing the man affectionally known as Tony Snow on tracks with Bun B, Chamiliionaire and Too Short once again. There will also be some others that will say that Pimp C never would have rapped on X beat or worked with Y artist or released Z song. However, at the end of the day it’s the music that reigns supreme, and while “Sweet Jones” isn’t likely to be the hat that Pimp C’s legacy is based upon, it’s a fitting way to bid adieu to one of rap’s more entertaining artists.