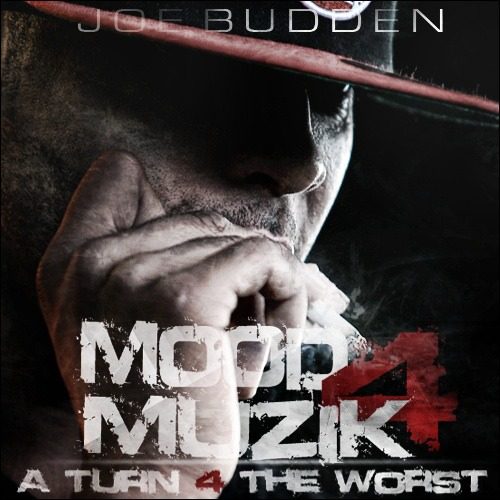 There are certain emcees with voices so powerful that they can seemingly take over any track, regardless of who produces it or what instruments are used, and captivate the listener from beginning to end. While rappers such as Tupac and KRS-One immediately come to mind, one of the more underappreciated artists on this short list is none other than Joe Budden. This is not meant to suggest that he is in the same league lyrically as these hip-hop greats, but rather that, when Budden gets on the mic, his strong, authoritative delivery simply demands attention. Nowhere is this more apparent than on his latest mixtape, “Mood Muzik 4.”

Joe Budden’s rap career has followed an interesting path, beginning back in 2003 when he dropped his self-titled debut album. The lead single “Pump It Up” was featured in the movie “2 Fast 2 Furious,” and it quickly moved up the billboard charts and garnered significant radio play. After a promising debut, though, Budden failed to release another solo album until 2009, in part because of numerous delays from the Def Jam label. As he moved farther away from the mainstream hip-hop market, however, Budden gained a strong following of fans of “real hip-hop” with his “Mood Muzik” mixtape series and several digital albums. Thus, “Mood Muzik 4” is more of what Joe Budden fans have come to love, with his powerful flow and impressive lyricism carrying the mixtape.

Budden starts off “Mood Muzik 4” with the intro track “Pray for Them,” which is arguably one of his most impressive displays of emceeing on the entire album. Over a piano loop and guitar riff that bring to mind the Alan Parsons Project song “Sirius,” Joe Budden spits:

“Now if it goes to the wire
I will never fall, I got the soul of a fighter
Walk barefoot over the coals through the fire
I thought the toll would be lighter”

He continues to rap for over three minutes straight before the chorus comes in to finish the song, and never once does his flow seem to lag or grow unsteady.

Fans of Budden’s hip-hop supergroup Slaughterhouse will be happy to find that the other three members all make appearances on “Mood Muzik 4.” Royce Da 5’9″ spits the closing verse on “Remember the Titans,” with his usual set of witty punch lines such as: “I want you to leave this vicinity /you gon’ be around here â€˜bout long as Justin Bieber’s virginity.” Joell Ortiz is featured on “Follow Your Lead,” and Crooked I delivers an impressive verse on “Sober Up,” a very deep song that deals with Budden’s past drug problems, among other things.

Simply put, there are no filler songs on “Mood Muzik 4,” as Budden truly bears his soul on every track. “Inseparable” is a powerful ode to his mother, who raised him as a single parent, while “Role Reversal” sees Budden rapping about his step-son. On “Stuck in a Moment,” which features a soothing acoustic guitar loop with the roar of a live crowd in the background, he spits:

“Now everyone I went to high school with
They 30 years plus still on some high school shit
Seems like all the fly niggas, and bitches that was well off
Is junk head high niggas, all the bitches fell off”

Perhaps the album is best exemplified, though, by a line from the chorus of “Somethin’ to Ride To.” Over a simple drum pattern and a spaced-out synth that seemingly floats across the track, Budden raps: “Nah, this ain’t something to ride to/ It’s more like shit you get inspired to.” Throughout “Mood Muzik 4,” Budden avoids the “money, cash, hoes” mentality that exists in much of mainstream rap today and instead focuses on deeper, more meaningful issues that are much more relatable for the average listener. His beats may not bump the hardest, but Budden’s lyrical skills more than make up for this, and “Mood Muzik 4” is yet another quality mixtape from an emcee who is truly among the most underrated in the rap game today.