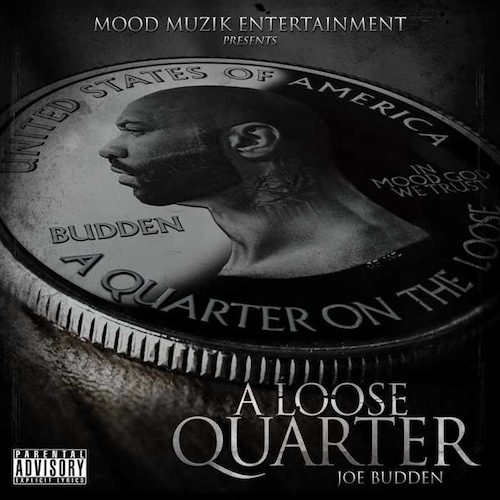 Billed as the mixtape to warm fans up for Joey’s “No Love Lost” album, “A Loose Quarter” was circulated across the Internet late last year and unfortunately slipped under my overloaded radar â€“ part of the problem with rappers saving their work for pre-Christmas release. Truth be told, I’ve never quite understood the love/hate relationship fans have with the guy, other than the stupid Wu-Tang beef I don’t see much to dislike. He can rhyme his ass off, he can be emotional and introspective, and he has a pretty good ear for beats. Having been one to buy the physical album rather than download mixtapes, I’ve missed out on a fair chunk of Budden’s work over the years, and other than the thumping debut singles; “Focus” and “Pump It Up”; it wasn’t until Slaughterhouse that I thought I’d better sit myself down and ensure I checked this fella out properly. Having followed Royce Da 5’9” since the crusty joypad days of Grand Theft Auto 3 and Joell Ortiz since that track “Hip Hop” dropped, Joey and Crooked were relatively new to my ears. Admittedly, Crooked has destroyed every collaborator he has worked with, and I enjoyed his work on the overlooked “Back 2 Basics” album by Sway and King Tech. But Joe Budden just hasn’t really grabbed me as a listener. The beauty of reviewing albums is the chance to cover artists that I’d otherwise not have the funds or time to offer, and “A Loose Quarter” starts off well enough. The production throughout “A Loose Quarter” is mildly more hip hop oriented than “No Love Lost”, which I’d usually say benefits the record, but for the most part “A Loose Quarter” is full of leftover material from “No Love Lost”.

“Words of a Chameleon” is as passionate as you’ll hear Joey, and an apt description of him as you’ll likely find. Switching colours, whether it be hardcore lyricist with Slaughterhouse or talking about the fairer sex throughout an album over soft production, or fighting inner demons via strong narratives and then spitting some ignorant club shit, Joey has always had an enigmatic quality about him. Unfortunately at two minutes, the chameleon doesn’t live long enough to truly show his colours until later on in the record. “What Y’all Want” has Darknight and 8 Bars manipulating Marco Polo & Torae’s gem “Crashing Down”, which although musically a banger, doesn’t really have Joey saying anything he hasn’t already said before. The production steps it up a notch with “Cut From A Different Cloth”, a brilliant collaboration, combining Ab-Soul’s dope wordplay (“If you’re behind Ab then maybe you can stomach this”) and Joey’s variable flow that doesn’t disappoint rhyme-wise:

“I came in on Rakim, watch yall take the bar, yall lowered it
Won’t stay in line like a battered wife, ain’t too many spots yall can go with it
How long yall gonna febreeze manure and think the fans won’t notice it?
Nah, I ain’t get angrier, but the chip on my shoulder did
Not to gloat, if I ain’t one of the GOATS
Ya’ll probably missed my track record
Either that or yall just ain’t been keeping track of records
I just been waiting till that sentiment passed
Yall ain’t even gotta be drunk to feel this genuine draft
I’m letting Benjamins stack
Shouldn’t be hard to tell if the boy is potent
I’m the only time you’ll see a madman be devoid of emotion
Cause they fear me in any cypher they hear me in
Only rapping with Soul for the outer body experience”

Tsu-Surf not only possesses the lamest name this side of Pokemon, but is put on by Joey with “Through My Eyes”, and doesn’t do anything we’ve heard hundreds of times before. By the time Joey gets on the mic, the electrofying beat (hey it’s better than Tsu-Surf) is redundant. “Momma Said” is a worthwhile concept track; rapping about a conversation with his mother raises some interesting themes but is bogged down by too much “she said, then I said”. An MIA clone drops a strangely addictive hook on “Off 2 The Races” whilst Joey talks about another relationship. There’s no denying the strength of story-telling that Joey possesses, but his infatuation with conflict and almost overthinking things with women becomes a little tiresome at times. “So Good” is more an interlude than anything, that builds up “So Hard”, a graphic tale of intercourse based mostly around Joey talking about how hard his dick is. It’s a brash theme for a song, but it’s delivered atop a sugar-coated production from Studiomagic that is so sickly, the overall performance comes off “so soft”. See, although the early tracks on “A Loose Quarter” blend clever rhyming with soulful production, the latter half of the mixtape steers straight through R&B territory. “Pain Won’t Stop” is like a Marsha Ambrosius record that Joey hijacked to throw his brand of love-rap over. Yet despite my hesitation to embrace this softer direction, I can’t help but love it. It’s not overly sweet like “So Hard” or “Now or Never”, and strikes just the right balance between R&B and Hip Hop.

Everybody is aware of Joe Budden’s talent, but a distinct lack of any hooks show that Joey just wanted to focus on his lyrics. And they are as solid as ever, there are flashes of brilliance here and there but ultimately the personal nature of the record takes away from the jaw-dropping rhymes you may find on his Slaughterhouse work. The problem with “A Loose Quarter” lays in its serious content that leans too heavily in to R&B for my own liking. If you think of Slaughterhouse as Joey having fun with his friends, this solo offering is the guy waking up the next morning – a culmination of thoughts going through Joey’s head whilst thinking about the sex last night, who next to have sex with, and whether he will ever find that special lady. Strictly for Joe Budden fans.