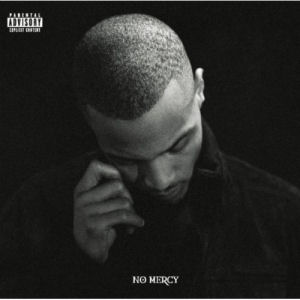 T.I.P., comin’ live from the V.I.P.? Well, not quiteâ€”this time around T.I.P.’s comin’ live from the penitentiary, a fact lost only on his most inattentive of listeners. Mr. Harris’ legal troubles have kept him in the news, but his seventh album “No Mercy” arrives in a typically busy fourth quarter sandwiched between most of 2010’s biggest rap releases including records by Kanye West, Kid Cudi, Nelly, Lloyd Banks, Nicki Minaj, and Ghostface Killah. Not to be outdone or overshadowed, “No Mercy” enlists the talents of literally dozens of hip hop and R&B’s respective A-lists, attempting to build upon the double-platinum crossover success of 2008’s “Paper Trail.”

Hip hop’s fascination with embattled, embroiled, and incarcerated figures is no secret, and this year alone yields multiple examplesâ€”fans have mourned Lil Wayne’s jailing and celebrated his release, watched DMX’s various run-ins with the law like a train wreck, and heard speculation that Lil Boosie may be the next member of Louisiana’s death row. Examples from years past are similarly abundantâ€”Sadat X’s gloomy, jail-bound narratives of “Black October” and X-Raided’s albums infamously recorded entirely over the prison phone are further cases of rap listeners’ obsession with the criminal. And why not? Such rap sheets imply that these showmen are the rarest of entertainers who live the lives portrayed in their art and are inspired by real-life events in a genre still so contingent upon representing the real. Equally compelling, the soul-searching and contemplation produced by artists and stars’ subjection to the abode of the common criminal can make for unusually poignant and personal material.

Unfortunately, “No Mercy” contains no meditations on life behind bars, and glimpses at the no-doubt conflicted character who went from one of the year’s most successful movies to Arkansas’ state pen in a matter of weeks are few and fleeting. What “No Mercy” offers instead is a garbled array of collaborations aimed straight for the pop charts. T.I.’s stardom is a largely a result of his rare ability to craft anthems, and the sheer swagger and bravado sported on inescapable singles such as “Rubber Band Man,” “Bring ‘Em Out,” “What You Know,” and “Live Your Life” endeared him to his Atlanta brethren and Billboard chart-trollers alike. His versatility lends comfort rapping over trap-style southern beats and danceable pop grooves alike, and while he does have an identifiable sound he’s proven able to execute crossover hits without sacrificing the charm that made him a star in the first place.

Until now. “No Mercy” is such a manipulated, imitative effort that T.I. manages to add little originality or personality to the cookie-cutter templates his all-star collaborators provide. The opener “Welcome to the World” finds Tip trying to keep up with Kanye and Cudi on a track quite in step with both of the latter’s recent albums, marveling at his lavish lifestyle and stardom over a tinny, moody emo-rap track. Yeezy handles most of the vocals on a track that could only have been left over from “My Beautiful Dark Twisted Fantasy”:

Scarface shows up for the clichÃ©d but well-produced “How Life Changed,” a familiar “look how far we’ve come” track laced with a dramatic, big-bass hitter from Lil C. The Chris Brown-aided single “Get Back Up” is far less successful, a sparse, auto-tuned apology avowing, “I’m only human, y’all” and “you go’n miss me when I’m gone”:

“Ay what it is world? Yeah it’s me again
Back before you, at your mercy on bended knee again
No running from the truth, as much as we pretend
That it ain’t what it is, than it hits CNN
Apologies to my fans and my closest friends (I’m sorry)
For lettin’ you down, I won’t take you down this road again
Most of you now sayin’ whatever, here we go again
Blogs, radio, and television all goin’ in
I laugh to keep from cryin’ through all of the embarrassment
I gotta say you fuckin’ haters is hilarious
How dare you sit right there and act as if you holier than thou
Point your finger now with me lookin’ down
Same clown that was twit-pickin’ at my wedding
On the same twitter page disrespectin’
Wait a second (hold up)
Never mind my imperfections this is fact, remember that
No mistake’s too great to recover and bounce back”

The message is unclearâ€”what begins a hollow deliberation on fame becomes an ambiguous airing out of haters, and it remains unclear for what and to whom T.I. feels he so desperately needs to apologize. If it’s his repeated drug use and legal problems then I’m tempted to say he owes himself an apology before anyone else, but in any event the song lacks the inspirational punch the chorus would indicate and Brown adds little to the mix. The same indistinct and conflicted pleas for forgiveness drive the heavy title track, a collaboration with The-Dream, and the stab at reflection on “Big Picture” yields nothing weightier than “these niggas bigger pussies than the bitches I know.” A particularly impassioned Eminem slaughters a wholly lifeless T.I. on “That’s All She Wrote,” which could easily have come from “Recovery.”

T.I.’s promises that “No Mercy” would be his most personal album to date ring empty. Even on the most contemplative tracks he can’t seem to bring himself to do anything but shun his nameless haters, and the entire second half is composed of forgettable club tracks. The vapid materialistic rhymes of “I Can’t Help It” are made even worse by boring production and a particularly bad guest from Rocko, while “Strip” with Trey Songz and Young Dro is mindless and unlikely to even attract listeners to the dance floor. Although the “Whatever You Like” retread “Everything on Me” and the obligatory Drake collabo “Poppin’ Bottles” are the harmlessly predictable club tunes their titles suggest, the worst of all is “Amazing,” yet another minimalist Pharrell production that’s so repetitive and insipid it’s borderline intolerable. Jim Jonsin’s “Lay Me Down” gives it a run for its money, though, with a completely irritating beat and corny verses that Tip must have written in his sleep.

T.I.’s title as King of the South was largely a result of his majestic command of regal-sounding Southern hip hop that had an undeniably royal quality. The only track to recall the anthems of past efforts is “Salute,” co-produced by Jake One and Boi-1da:

“Raise your right hand to your hairline
Stand at attention, hold it there ’til you recognize
Once I return the salutation
Then it’s at ease, as you were, no conversation
Well, unless you’re sayin’ ‘What it do, G?’
Decorated five-star general, a true G
Haha, made it fresh up off the battlefield
Rep it for my niggas in the battle still”

The closer “Castle Walls” recruits Christina Aguilera for a final pseudo-personal account of the downsides of stardom.

Utterly forgettable and insubstantial, “No Mercy” is a contrived, sputtering guest-filled affair certain to alienate his longtime fans and disappoint those who jumped aboard for “Paper Trail.” T.I. flirtatiously tries on the gamut of the year’s chart-topping sounds; at its best it’s flat and forced and at its worst it’s unlistenable. Tip may be merciless, but based on “No Mercy” he has no shame either, and the lack of identity evident throughout the uninspired tracklist is completely unbefitting of such a household name. Hopefully his latest bid will rehabilitate a superstar who’s been blown off course in more ways than one.