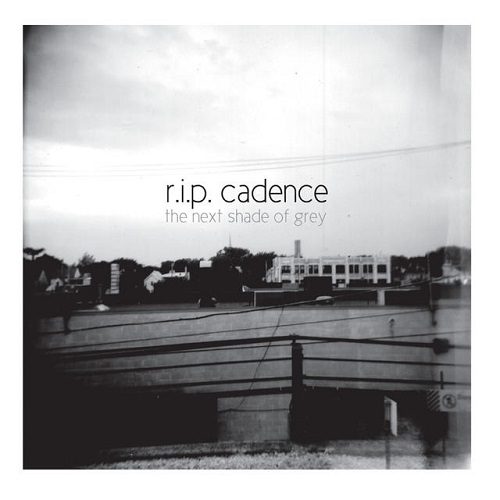 R.I.P. Cadence :: The Next Shade of Grey

I’m on the wrong side of thirty, and as boring as it is to complain about feeling old when you are only three and a half decades in, I’m very aware that I’m not a kid anymore. I hold down a full-time job, I’m in bed by eleven most nights, and most of my life decisions revolve around “how will this affect my family?” rather than “will this be fun/will there be cute girls there?” There are two sure signs you are getting old: when you’d rather have a dinner party with friends than go to a house party with strangers, and when you stop understanding the music that the younger generation is into. I haven’t been to a house party in years, and it’s been over a decade since I first asked myself, “how can the hell can they listen to that garbage?” Back then it was the whiney abomination known as emo, and today I feel the same way about the new wave of emo rappers.

Which brings me to Nashville group R.I.P. Cadence. The duo, made up of Zach Crowell and Matthew Elam (any relation to Keith Elam, AKA Guru?) make a hybrid of hip-hop, R&B, and pop, not unlike what B.O.B. and Kanye West have been doing recently. The basis of the ten tracks is melodic hip-hop beats with half-sung, half-rapped vocals. That may sound like R. Kelly on paper, but in practice it is something much artier. The lyrics are elliptical and cryptic, referencing future catastrophes and the need for redemption. They are definitely more emo than R&B; there’s no talk of knocking boots, downing champagne, or material excess. There are twinges of Auto-Tune, but it is toned down and adds a nice texture to the music.

Both the vocals and the music sound good. This is a well-produced, well-recorded album, especially since it is available as a pay-what-you-want bandcamp download. The beats mix Southern elements like snapping snares with sounds gleaned from contemporary R&B, pop, and electronica. The result is that the songs sound full and fleshed out, offering an admirable level of depth and complexity without sounding too cookie cutter or generic.

There’s just one problem: I find this kind of music incredibly boring. I don’t want to listen to some navel-gazing dude talking about his feelings. I don’t want my hip-hop watered down with pop and R&B. I don’t want my raps sung. I came up in the age of 808s and battle rhymes, and while this new crossover rap might be an inevitable and necessary part of the art form’s evolution, it does nothing for me. I can recognize the artistry that goes into the new breed of hip-hop that R.I.P. Cadence is doing, and I can appreciate that they are pushing hip-hop in new, inevitable directions.

Which leaves me with a conflicted review. On one hand, this is a well-executed album. On the other hand, it’s a genre that I don’t like. If you like the crossover between hip-hop, pop, and R&B, add two or three points to my review score and give “The Next Shade of Grey” a listen, and maybe some of your hard-earned money. If you are a cranky old bastard like me, you’ll probably want to stay far, far away. However, even an old man like myself has to admit that, while I may not like what R.I.P. Cadence does, they do it well.