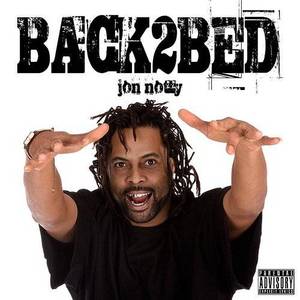 There are some hip-hop heads who will undoubtedly take exception to this phrase in Jon Notty’s press kit:

“Jon Notty isn’t like some other rappers. He’s an articulate, almost overly polite product of the South.” – Mixer Magazine

ORLY?! That’s a fairly broad and sweeping assertion if one takes it as directed at Southern rappers in general. “Ladies and gentlemen, here’s Jon Notty. He may be a Southerner, but he’s not an ignorant knucklehead with an unfathomable accent you can’t understand. If you want CULTURED hip-hop, not that drinking thugging and trapping nonsense, Jon Notty is for you.”

Honestly, I’m stirring up the pot here. I don’t think that’s what Mid Atlantic had in mind when they put that review quote in the press kit, but it’s fairly obvious it COULD be interpreted the wrong way. I’d like to offer them a better quote if they’re interested, one which can’t be interpreted as a knock on his fellow Southern rappers, so here goes:

In the span of twenty minutes it can be hard to get a handle on a new and (possibly) upcoming hip-hop artist, but of Jon Notty I can safely say this – nothing on “Back2Bed” made me want to hit the FF button and skip ahead. The press kit fails to mention who produced it, and the CD didn’t come with liner notes, so it’s possible Notty did it himself. Whoever deserves the credit should know they’re a 9th Wonder clone, and I mean that in the most complimentary way possible. The title track is a jazzy, bouncing, headnod of an opener that’s aching for a Phonte cameo, but Notty does it for dolo:

“Aiyyo once upon a time in the life of my rhymes
So fly the emcee be like fightin crimes
I live nice with mine but still I grinds too
Biggest jewel is my mind, still I shine
Can’t hold the heat, but still I rise
Tryin to make a dollar out a nickel and a dime”

“Back2Bed” as a song is that unexpected hit of dopeness you find on a regional mixtape from time to time, while expecting the same tired cliches and overdone DJ sound effect drops. It smacks you in the face like a slap: “Whoa, hey this kid is nice and I like the beat! I want to hear more from him.” Unfortunately there’s only four more songs to go. The laconic and organic “Whatever” bubbles over a jazzy drumtrack that keeps you guessing whether it’s truly random or just freestyles well – a description that suits the rap too. “Carolina BBQ” might imply something calorifically heavy, but it’s actually the lightest song on the whole EP, a breezy dedication to his home turf and the beautiful ladies from it. “Fix Your Face” is his braggadocious showcase, snapping “I ain’t bo-polar, I’m tri-fold file polar/and I told ya, so now die soldier/and ask them dumb niggaz where the knowledge at/I’m ’bout to bring African medallions back.”

The only mistake on this EP, if one could call it such, would be “Throw Your Hands Up!” It’s not necessarily a bad song, it’s just the only one on this whole EP that could be called standard or cliche, and stands out just by being 20% of all the available Jon Notty material that there is to hear. Thankfully I like what he’s working with a lot on this CD, so Jon Notty won’t be overly penalized for it. There’s plenty of potential and promise on “Back2Bed,” and if his promotions department can avoid the faux pas of saying he’s better than everybody else in the South and insulting other Southern emcees in the process, the future looks bright.