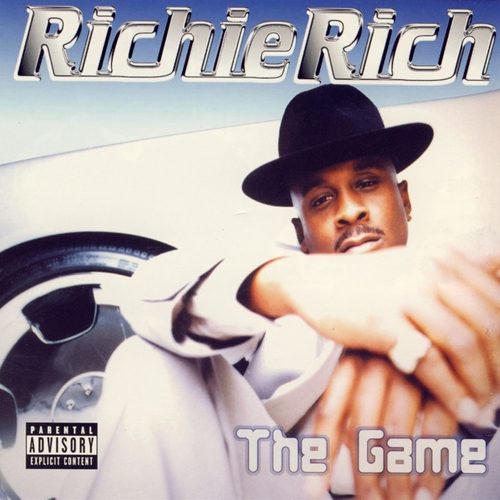 It takes a rapper to corrupt a cartoon character or a comic book hero. Just compare Charles M. Schulz’s Snoopy to Snoop Dogg, Marvel’s Ghost Rider and Iron Man to Method ‘Johnny Blaze’ Man and Ghostface ‘Tony Starks’ Killah, The X-Men’s Professor Xavier to the X-Clan’s Professor X, Dr. Doom to MF Doom and Kool ‘Whatever-bugged-out-alias-I-can-come-up-with’ Keith, the visually challenged Mr. Magoo to Timbaland’s lyrically challenged Magoo. The only rapper to have ever given a somewhat accurate rendition of his superhero godfather may have been Big Punisher. While the original Richie Rich character was ‘the richest boy in the world’ who spent a great deal of his money on his adventures, Oakland’s rapping Richie Rich apparently spent a great deal of his time to get some of that money in the first place. How? By dealing drugs. At least that’s what I conclude from listening to this year’s “The Game.” Now Richie Rich is not your run o’ the mill rapper. He was part of the influential Oakland crew 415, recorded a solo album, disappeared for a couple of years in the belly of the beast, was then put back on by the Luniz and 2Pac and subsequently signed to Def Jam where he released the overlooked “Seasoned Veteran” album. That was in 1996. But you can hold a rapper back only for so long. This time around he seems to be in control of his output as he releases “The Game” together with Lev Berlak on their Ten-Six label.

I was actually hyped up for this release, more so after I heard the lead single, the humorous “Ain’t Gon’ Do.” The song is one long list of no-no’s in Double R’s book. Things like: “Ride three gold thangs with one hubcap in white”, “marinate, make you niggas wait and not have my shit tight”, “flip a new Benz and tear my shit up the same night”, “meet a bitch and if she don’t fuck take the lil’ bitch to get a bite” – you know, that type of stuff. While “Ain’t Gon’ Do” is fairly original, the rest of “The Game” isn’t. Don’t get me wrong: I don’t condemn rapping about selling drugs. In fact, some of the best raps of all time have been about the drug business. Kool G Rap’s “Road to the Riches”, GZA’s “Killah Hills 10304”, Biggie’s “Ten Crack Commandments”, Ice Cube’s “My Summer Vacation”, Scarface’s “Scarface”, Dre and Snoop’s “Deep Cover”, Ice-T’s “New Jack Hustler”, to name but just a few. Some well respected rappers have built their careers on exploiting their knowledge of narcotics. As a matter of fact drug dealing may have been among the acts most often performed (besides shooting firearms and sexual intercourse)in 1990’s US rap. The opinion leaders among these rappers threw in the right arguments to justify their doing so and the rest went along with it. But now it’s 2001 and rappers need to stop acting like it’s the 1980s. If you went from the crack game to the rap game, you can make reference to that, but don’t base more than half of your album’s songs on that subject. After we had rappers confessing their alleged past crimes for a whole decade, anyone rhyming about how much weight he used to move has to come +extremely+ original to even be taken serious. Richie Rich’s expertise in these matters shows, but I don’t buy records on the strenght that the rapper is a former drug dealer, I buy them because he has some interesting stories to tell. To top it off, Rich originally wasn’t even know for that kind of subject matter. He was simply an exceptional rapper with a unique voice and flow.

Or maybe he’s just going retro? “Playboy” reconstructs “The Fat Boys Are Back” from ’85 (down to the human beatbox break). The song is tight, no doubt. But then he goes and jacks the innocent Westcoast outfit The Nonce for their “Mix Tapes” hook and turns it into “Use Ta Sell”, not surprisingly substituting the mix tapes with crack rocks:

“Kilos, 2 a week, through the street
could you picture my voice pushin’ over sick beats?
I be the first nigga rappin’
’bout shit that really happened
Drunk drivin’, while I’m ’41Fivin’
sideways to the, coulda, woulda, shoulda
been the first, the hella first get it worst
Here you have a nigga with the real pedigree
a baby in this shit but I’m so O.G.
Been through it, true to it
how could I be new to it?
nigga, if I’m hippin’ you to it?”

Also tight, but still not right. What else is cracking on this album? Macking, of course. “If…” features the trademark Jazze Pha sound (I’m guessing because the producers are merely listed but not assigned to specific tracks). There was a time I was greatful when a rapper would give up some game, but topic-wise it’s really the same shit, different toilet. After you’ve heard it all before, you’re not eager to hear it all once more. At this point, there’s no use in telling us the difference between fake and real rappers like Richie Rich attempts to do in “The Truth” (w/ Gonzo), especially when the reasoning goes:

“The truth comes out when you’re high
sober niggas on the mic lie, fake niggas die
I drink and I smoke and I know why
cause I’ma be a real nigga till I die.”

Hmm.. okay. Another jack move by Rich results in Ice-T’s “6 ‘N The Morning” turning into “Birds.” Then confining himself to the Bay Area, Rich hooks up with Rhythm & Green for “Game Don’t Stop” and then goes even as far as claiming that he “brought the O back” (“Bringin’ It Back”), over Luther’s “Don’t You Know That”:

“Back in the days 415 paved the way
cartoon on the cover with the fat A.K.
Thangs changed, youngsters takin’ over the game
kill each other for no fortune but be lovin’ the fame
lost my nigga to a new block
I miss that nigga Tupac
if he comin’ back I got the sack so fat
believe that, until then I’m representin’
my niggas from Folsom to San Quentin
I’m bringin’ it back.”

That’s the ‘seasoned veteran’ stance that I like to see him take. But as far as this particular album here goes, I’m not really sure if Double R evolved from when he was .”..experimental, but yet and still off instrumentals / bustin’ raps in stolen rentals / I was just a young fool tryin’ to live to the fullest/ swervin’ through life like a stray bullet / hopin’ not to hit nothin’, haha, or hurt nothin’ / but one day be worth somethin’.” Or did he just prove me wrong? “Bringin’ It Back” is one of several more than just game-tight but overall tight songs on here. But then it’s back to biting with “Who’s House”, which uses the famous Run routine. At least he keeps his unfazed composure and doesn’t get into unnecessary excitement. I’m just glad he didn’t go for Lil’ Kim on the following “How Many Licks” (w/ Yukmouth). No wait, I was wrong:

Okay, this review is getting more and more unfair, after all “The Game” is still far better than most game-related records I know. As usual Richie Rich sounds surprisingly crisp despite his monotone delivery. And the music is just as relaxed yet focused as he is. It would be easy for me to say something positive about most of these songs, it’s just that I drew a line at the beginning of this review and Rich keeps crossing it: he fails to come original. True, with his history and his personality Richie Rich is already more of an original than most rappers will ever be. But he fails to put that extra effort in it takes to make kinda tight songs so tight you have to pinch yourself to believe it. During the title track he once more picks apart studio G’s, of course excluding himself when he says:

The elbowing “Nothin’ 2 Lose” offers a welcome albeit late break from the mellow atmosphere with ragga artist Ruffa roughing things up while Rich gets a little more animated than usual. Finally there’s “Tyme-N My Life.” It would be too easy to discredit this introspective restrospecitve as the token ‘when I was a kid life was so much easier’ cut. Because all during “The Game” Rich has (hopefully) remained honest about his present and his past. But who said this was only about honesty? If this so-called rap game is really just like any other game, you have to be smarter than the rest in order to win it. Or you can hope for a lucky strike that will almost never stretch into a winning streak. So far Rich is only playing along in this rap game when he could be winning it.