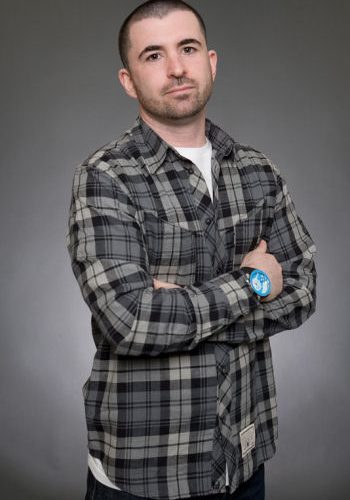 Hip-hop shows are notorious for starting late, so maybe it’s apropos that Coalmine Records, which has released albums by, among others, El Da Sensei and Bekay, is celebrating its fifth anniversary in this, its sixth, year. “I should have done it last year,” Coalmine Records found Matt Diamond says, “but truthfully I just didn’t have nearly as many things going on.” Now he has a lot going on, including the just released Coalmine retrospective compilation album Can You Dig It?. RapReviews caught up with Diamond to find out more about Can You Dig It?, and all of his other projects, as well as what went into the founding Coalmine Records, and how he’s managed to make it grow during a time when most labels are struggling to stay afloat.

Adam Bernard: You are celebrating the fifth anniversary of Coalmine Records. Take everyone back to the conception of the label. How did Coalmine Records come to be and who was originally involved? Was it just you and an idea?

Matt Diamond: It was me and an idea. I was a big vinyl collector. At the time I had lost a job, was collecting unemployment checks, had some money saved up from working, and had always had the bug in me to put out a record. I was one of those hip-hop DJs who was obsessed with owning a record store. I was also one of those guys who was more into the song than the album. I prescribe more to a record. I liked the record for what it was. It could start and end there and that could be it. I could keep it movin. I could go buy another record, and I could be happy. I always wanted to put out a record, so I did. The first one was “The Raw,” which featured Saigon, Inspectah Deck and Bekay. What I thought would be just doing something to get it out of my system became “hmm, maybe I could do another record.” I did another record. That was the Supernatural record. Then I just kept doing it. When vinyl started to die it was just a bad business choice to continue to put out vinyl, so I adapted to the whole digital strategy, got a label deal with Orchard, and started doing a lot of records with M-Phazes. People started coming to me because I had digital distribution, things started to snowball, and I’m starting to feel like I’m a record label.

AB: Did you remember a specific moment where you felt comfortable saying “we’re a record label?”

MD: I think I started saying that close to the beginning. Even though it was something I just wanted to get out of my system, I kind of had a plan. I didn’t know what was going to happen, or where it was going to go, but I was coming out saying it because when you’re making these one sheets and you’re giving them to all these distributors you have to have some sort of identity, so I created that identity and I stuck with it. I wanted to be a record label, but you can’t call yourself an “aspiring record label,” you just have to be it, or not, so I was like I’ll be it. The first time I really felt like a label, I think you have to put an album out, so that was probably putting Bekay’s album out, because so much went into that album, and there was so much behind the scenes work that went into that album. I learned so much on every single angle, literally every part of the business, from experience, to production, to manufacturing, to distribution, to marketing, everything. I really started to get a strong grasp on what makes a label a label. From there I felt confident enough to provide label services for other people, I felt confident enough to put out a legend like El Da Sensei’s album. That was when I was like OK, I’m a record label.

AB: Have you had a moment where you were like “wow, HE wants to be on Coalmine?”

MD: You know, I actually was involved with Torae’s first album (Daily Conversation), but Coalmine was just stamped on the back of the physical CDs. He approached me and I was like OK, cool. Then once someone like El Da Sensei, who is a legend to me, for him to throw his faith, not just business-wise, but also in terms of what the label stands for, I was like that’s dope, I guess I’m doing the right thing. That type of respect is enough to make you feel you’re doing exactly what you want to be doing.

AB: I don’t know what the statistics are, but most labels don’t reach the half decade mark. In honor of your reaching that mark you just released the compilation album Can You Dig It?. Tell me about it.

MD: I wanted to put something together. This wasn’t an album crafted for an anniversary. I actually have another compilation that’s been in the works for a while, which is my pride and joy. This is more like let’s get something out there digitally that showcases the best of what we’ve done. It’s a good chance for people to get familiar with our catalogue. The next compilation that we do have out is a big step up feature-wise. We have Pharaohe Monch on there, Kweli, M.O.P., Heltah Skeltah, Artifacts, Kool G Rap, Large Professor. Incredible production; M-Phazes, Krysis, !llmind. That will be the mother of all Coalmine releases.

AB: Isn’t it supposed to be a terrible time to have a record label? All we hear is how they’re all failing.

MD: Yeah, I would say most record labels haven’t really adapted to trends. What I see happening is that major labels don’t have the potency that they used to because artists that have a following are able to take control over their own fan bases with social media, making it really hard for labels to have that extra incentive to provide label services. On the other hand, instead of having the indie label that you had five, ten, fifteen years ago, you have teams. You have a talented artist, you have the person who handles his media, you have the person who handles his booking, and they’re all homies, they’re all cool with each other. They’re a team and they get things going strong enough regionally to build such a following that they’re able to start being on some sort of label’s radar and the label tries to make their regional movement national. That’s where it seems where the industry is at now and it has really chipped away at that whole middle ground of the indie label. You don’t see many of them. We do a lot of digital, so we’re building more of a digital catalogue. El Da Sensei’s album was the last full album we put out. The one before that that was Bekay’s album. We did a compilation with a German producer, Shuko, before that. We have this new one, Can You Dig It?. The next full length release after that is an M-Phazes project where he’s remixing much of our catalogue and it’s gonna be mixed by DJ Rhettmatic. After that I’ve been doing a lot of stuff with the Artifacts and I think it would be great to get an album out of those guys.

AB: What do you anticipate, or hope, the next five years will hold for Coalmine?

MD: I want to build it up. I’m starting to finally get staff now. For a while it’s just been me, now it’s like I need other people in the picture here. My goal is to get an actual office, not do this out of my apartment anymore. I want to get on a regular rotation, have a pipeline with at least two full physical and digital releases per quarter and, in truth, I’ve created a whole nother business model that Coalmine is just a part of now. I created this parent company called Diamond Media 360 (it used to be named Diamond Music Group). That is me offering label services to other artists. Anything from online marketing, to radio promotions, to graphic design, to digital distribution. That has taken on such a huge life of its own I’m having the designers of OkayPlayer build this huge network for me which will consist of an overhaul of the Coalmine site, a Diamond Media 360 site, and then we’re gonna have a web team called TakinMines. It’ll be an online editorial web team. It’ll be label, marketing, and media.

AB: You have it all planned out.

MD: The hard thing is really just getting it off the ground, but I’m excited. The way I stuck through that whole physical-digital shift in the industry, I learned so much and I like to think I’ve adapted to those changes.

AB: To close out this interview could you share one of those important things you’ve learned?

MD: A song is no longer the centerpiece of an artist’s cache, it’s all the other entities. It’s their brand, it’s their videos, their vlogs, their walking dairies, it’s all those things that comprise an artist and they’re all almost equally valuable. I think a song, and the music, is taking a back seat to all these other factors of these artists creating their own following and their own celebrity, if you will.