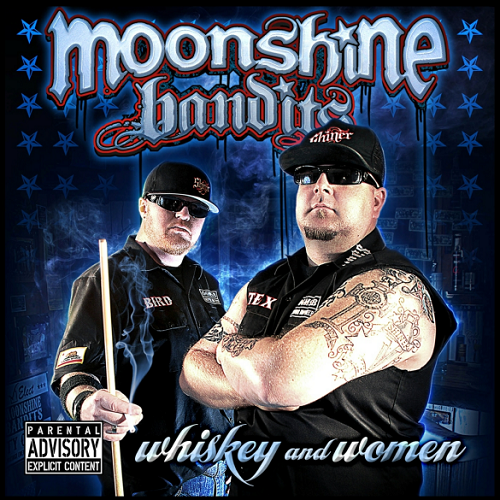 Reviewing music in general or being a critic in particular is rife with contradictions. The idea is that one is supposed to be totally dispassionate and completely objective as a writer, yet no critic I know grew up a test tube baby force fed Public Enemy records by scientists in white lab coats. You’re told that a good critic should ignore personal experience and talk only about artistic merits, but the best critics I know talk about how the emotions they feel when listening a great record – jazz, blues, R&B, hip-hop, et cetera. You can learn to appreciate the subtleties of a well produced track, the intricacies of a well crafted rhyme, and the narrative of a well told story at a very high level but there’s still a fundamental bottom line to an album – you enjoy it or you don’t. And ultimately, no matter how intellectually you process something in the abstract, the environment you grew up in will have an affect on what you enjoy.

The opening track “For the Outlawz” proudly proclaims the Moonshine Bandits to be some good old boy, hard liquor drinking and hardy partying country rappers. Most members of this hip-hop subgenre hail from the rural South, but the Bandits come from Los Banos, California – population 35,000. By California standards that’s fairly country, especially compared to a sprawling metropolitan area like Los Angeles; so we’ll de facto accept that it’s as rural as any small town in Georgia, Arkansas or Alabama for the purposes of this review. Rappers Tex and Bird describe themselves as “blue collar (and) built with American pride.” Their song titles reflect that attitude as well – by way of example let’s name just a few out of the 14 total here: “My Kind of Country,” “Whiskey River,” “Moonshine on Me,” “Dash Fulla Cowboy Hats,” and of course “American Pride.” If you had any doubts about the “hard drinking” part, their bio goes on to state that their favorite tour venues are “smoke filled dive bars” and that they love to play at “Harley Davidson events” and “beer festivals.” They’re so ernest about being countrified they almost come across as parody of rural stereotypes.

Aside from the part about being rap artists, they’d fit in pretty well at most of the dive bars in the Midwest where I grew up. The stereotypes certainly aren’t universally true, but you wouldn’t have to look too far or hard to find someone who fit it parked outside said bar – cowboy hat on the dash of a dusty pickup truck with a shotgun rack and empty cans of beer in the back. Despite the fact most patrons of these bars don’t like rap and say things like “it ain’t really music” (and get less polite than that after a few rounds of whiskey) they’d probably get along with the Moonshine Bandits just fine. Just look at the cover – they look like a couple of pool playing tattooed greasy mechanics. It’s hard to draw the line between carefully manufactured marketing image and real persona on that basis, but if they bellied up to the country bar with a guy in overalls on one side and a guy in cowboy boots on the other, they’d be served their beverage of choice and lots of ’em.

Here’s where personal experience and critical detachment collide for me. The first time I heard “Friends in Low Places” by Garth Brooks growing up I honestly thought it was a Weird Al Yankovic parody of country music. I asked the person playing it on their tape deck if it was and got a very puzzled look back – the kind of look one can only get when they grow up in the rural Midwest and yet are still completely disconnected from it. The lyrics seemed so over-the-top in their country phrasing and cliched sentiments I thought I was being put on and the song was one big joke. The joke as it turned out was on me. It’s easier in hindsight to understand that he was one of the best selling country artists of all time, because Garth Brooks offered no challenge to the mainstream accepted stereotypes of country folk. He drank whiskey and beer in dive bars and he wasn’t “big on social graces” – and whether that was a highly crafted marketing gimmick or his own personal sentiments ultimately made no difference.

For the record this review is not meant to imply that the Moonshine Bandits are anything other than what they say they are. Times have changed a lot in the last 20 years and a lot of places where hip-hop wouldn’t have been accepted that I grew up probably are now. Kid Rock and Eminem had a lot to do with that. (The irony of both being from the decidedly un-rural city of Detroit, Michigan is not lost on me.) Country rap is by now well established as is the marketing juggernaut that is Suburban Noize Records, which from its very beginnings decided to create and promote hip-hop with a different outlook than the urban inner city roots from which it sprang. Their success in part relied on being, sounding and looking different from traditional hip-hop, but like all subgenres the rising popularity of it co-opted it into a mainstream where it’s now indistinguishable from both imitators and sincere creators. 10 years ago the Moonshine Bandits would stand out as something unique, but these days they aren’t ahead of the curve – they’re comfortably behind in the middle of the back riding a draft and hoping not to crash and burn.

Here’s a bottom line on this review – there are plenty of laid back Southern style sentiments on this album. “Moonshine on Me” talks about “breathing better in smoke filled rooms” where “Fleetwood Mac is on the jukebox” and “sleep(ing) better in the afternoon” is a way of life. Aside from changes in tempo and production, these sentiments are universal for an entire hour of this album, and they’re perfectly acceptable ones to have. If you’re a fan of Rehab, Big B, Uncle Kracker or Bubba Sparxx you’ll do just fine drinking whiskey and listening to this CD. I can’t call it original or bold – I also can’t call it unpleasant or insulting. Perhaps someone who grew up where I did that absorbed the culture a little better would either (A.) enjoy this album even more or (B.) think of the Moonshine Bandits as impersonators and frauds. My personal experience affects my musical one here and leaves me straddling the fence. They’re good, but they’re not great.