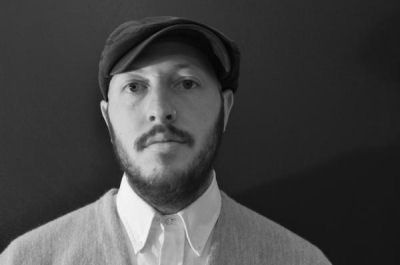 For most people the word Playdough conjures up images of the clay-like toy we all played with as little kids. Hip-hop fans should get used to a second idea popping into their heads when they hear the word, and that’s Dallas, Texas, emcee Playdough, whose latest album Hotdoggin, just recently hit stores. This Playdough’s fun factory would be where he puts his music together, and this week RapReviews caught up with him to find out more about his music, his interesting connections to the church, and all the wild hotdog imagery on his album, including a hint at who the cover model erotically downing a dog might be. We also discussed doing Elisabeth Shue. It makes sense in context. Really, it does.

Adam Bernard: How the heck did you end up with the name Playdough? Please tell me it’s not because you used to eat it a lot.

Playdough: No man, a lot of people always ask. When I just say it they think it’s the philosopher. That’s the biggest thing I get, so I always let people know I’m not the philosopher, I’m not even that smart to try and be that, it’s more like the kids toy, but it’s just a play off of my government name, bro. I usually don’t tell people what it is. I let em figure it out.

AB: How many different answers do you have for what your name means?

P: A bunch of different ones, bro. My favorite one we kind of snicker about, I play shows at churches sometimes and the churches always want some deep meaning behind it. If I were to tell them it’s my government name they’d be like “that’s it?” They’d be real disappointed, so I came up with some freakin whoppers that we always kind of laugh at after I say. The best one is “He’s the potter and I’m the clay. He’s the potter and I’m the playdough.” They love it, dude. That one goes ever the best. That’s my favorite. Honestly, I don’t come up with too many lies for it, but people definitely feel like weirdos calling me that when they meet me. “Can I call you something else? You don’t go by Playdough do you?” My man, I actually do. All my homies call me that, so when somebody comes up and calls me something different because they’re trying to be down, like “I know this dude’s real name I’ma call him Doug,” everybody looks at him crazy like “who is this” because they know nobody calls me that.

AB: May I say, when I saw the cover of Hotdoggin I immediately thought “performing in churches. This much be Christian rap.”

P: {*laughs*} Where people bring me, that’s where I go. If there’s gonna be a crowd there and they like my music enough to bring me in then obviously they know who I am and what I do, so if they’re cool to bring me in then I’m definitely cool to roll.

AB: I like that cover image, too. It features a woman enjoying a frank. The image looks old. Is it old, or did you stylize a new photo?

P: It’s an old one, man. People think we put my name over the chick’s eyes to make it look more pornish, but it’s because it’s kind of a famous chick (editor’s note: think Alien), so we had to put that over her face to hide it because it’s an old school photo. I may still get in trouble for it, I really don’t know. I just figured go for it, it’s hip-hop, right? Just put a little bar over her eyes and we’re good to go.

AB: In addition to the hot dog on your album cover your website features you dressed as a hot dog. What’s up with all the hot dog imagery? What are you trying to get across here?

P: The record’s called Hotdoggin so when I was doing the little promo video for it I figured let’s just go all the way live. Two, I love hip-hop, I came up doing battle raps, that’s me all day, but I’m definitely not hardcore, what some people think when they think hip-hop, so I want to let people know a little more of my personality. I think sometimes when you hear me spittin on a certain song and you hear some hard raps you might think I’m just some hardcore dude, so I wanted to wear the suit to make light of it and really sell the Hotdoggin thing. As far as Hotdoggin itself, for this record I wanted to touch on some styles that I’ve never done before that I thought would be fun to do. I feel like I’m fully capable to do it, I just, for whatever reason, had never explored some of the areas that I did on this record.

P: The old school phrase for Hotdoggin is showing off, so the first thing I thought of was it would be cool to show off with some different styles, some different cadences. I liked the title so I went with it and as I did it it started to take some more meaning with where I was at when I was writing the record. Writing it in good times, in bad times, trying to touch on different parts of my life, talking about my girl, my family, my car, everything I go through, even some stuff that maybe was negative, just writing about it and getting it all out there. It’s kind of like the hot dog is all parts of God knows what, who knows what it is, but whatever hot dogs are made of is kind of everything. I kind of started to take that, too. That’s a little deeper metaphorical take on it, but the immediate was just on some braggadocios stuff, like man I’m hotdoggin right now.

AB: On your Kobayashi.

P: Dude, I’m a vegetarian, so I would take one for the team if it was for a video.

AB: What’s a vegetarian doing running around in a hot dog costume!

AB: You named one of your songs “Elizabeth Shue.” What’s your favorite Elizabeth Shue movie, and would you still do her today?

P: Aw man, Elizabeth Shue, I’ve had a thing for her since Karate Kid. She still looks bangin today from Hollow Man and I think I saw her on Curb Your Enthusiasm. She’s still smokin, bro. She’s a beautiful lady. That song, I did it for a local mixtape. The event they do is called Kixpo. Mad sneaker heads come out and get shoes. They wanted me to be on this mixtape and everybody was writing songs about shoes and gear and I’m really not that dude. I told them “I’m not a sneaker head. I would love to do a song for this, but sneakers isn’t something I really give a rat about.” So I called it “Elizabeth Shue” and the whole song is about different references to feet, legs, shoes, running, it’s all wordplay about that type of stuff. I tried to come in the back door with the concept and still do something cool, make it about sneakers somewhat.

AB: And you wouldn’t mind coming in the back door of Elizabeth Shue.

P: {*laughs*} I don’t know if that’s her style, bro. It’s probably not my style either.

AB: I don’t know. She’s gettin on in years, she’s probably tried a lot of stuff and needs something new.

P: She’s probably already been there and done that and now she’s past that phase and she’s looking for a nice rapper to settle down with.

AB: Definitely changing subjects, you are from Dallas. Texas has an impressive hip-hop history. Where do you feel you fit in when it comes to the lineage of Texas hip-hop?

P: You know, Dallas is kind of on its own. There’s definitely the typical, what you’re used to when it comes to Texas hip-hop, with the dirty south stuff, and they did the whole D-Town boogie where everyone had a different dance move for the song, but while that’s going on there’s always been a more underground scene in Dallas. It’s pretty big, but it’s maintained kinda what everybody’s been about since the jump. It’s real soulful and real positive and very spiritual. Erykah Badu is from Dallas, so she’s kind of on that. She came up as an emcee here and it’s kind of been that way since she was around. That same spirit rolls around. I definitely fit in with those dudes. Dallas has some really fresh emcees that are on that, that are really dope, really lyrical. I think the different thing about me is maybe that I don’t just do it on hip-hop beats, I get some live instrumentation, that may make my own niche for me, but it fits right in with the underground. It’s been going that way for along time. I guess because it’s in the Bible belt maybe it’s just a little more spiritual than your average city. It goes deep on all different types of spirituality.

AB: I can’t imagine living in the Bible belt. How much does lifestyle change when you’re there?

P: In Dallas it’s not as much as if you go into some of the smaller cities. If you leave Dallas it’s night and day. It’s pretty crazy, man. It gets a little more stereotypical for what you think. A lot of republican cats and people who are all about Bible thumping, some traditional stuff when you think Bible belt, but Dallas is so big it’s just like every other big city, it’s got everything, good or bad, so I don’t feel it too much in the city, as far as being in the Bible belt, but as a state you kind of do. You really get it more when you travel. You tell people where you’re from and then you spend all your time like “look bro, we don’t all wear cowboy hats and boots. I don’t see pickup trucks going down the street every day.” Dallas is pretty urban.

AB: You’re like, “I don’t have an endorsement deal from Skoal.”

P: He rocks the new school ones. Those are a little more upscale.

AB: Finally, if people only get one thing from your work what do you hope it will be?

P: Man, to be honest I’m on some Proverbs stuff, man, and I try to keep things light, and I don’t want it to seem every song is on some super intellectual, or super deep stuff, because I think every song has its place, but at the end of the day if you listen to the record as a whole, I’m on some Proverbs stuff. I really believe in wisdom, knowledge and truth and seeking out the truth and staying hungry and trying to find life and what it’s about, so I definitely try to put that in my songs. It’s not super blatant, but I try to put em in there somewhere. So I definitely would love to think that people could come away with something eternal from my music, something that’s not just about what a lot of people are on, something that’s gonna stick with you. Just wisdom, bro. Like in the Proverbs wisdom cries out in the streets. Wisdom is out here yelling I’m right here, I’m right here, and fools keep walking by. So I hope people can hear wisdom in my music.