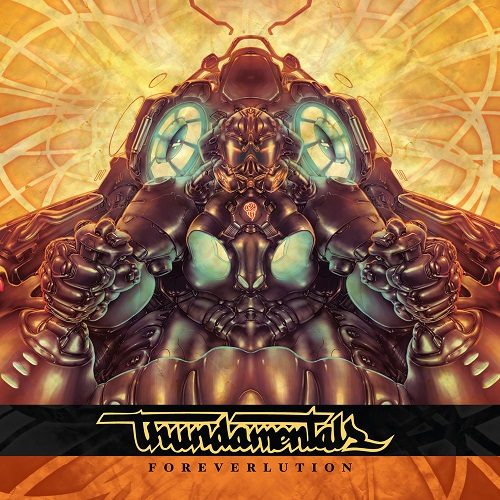 Diving once again into the deep ocean that makes up Australian hip-hop, I surfaced in the Tasman Sea and hailed a passing vessel for a lift to Sydney, and from there made my way to the suburb of Newtown. In need of a pint of beer to get the salty taste of seawater out of my mouth, I hailed a cab and made my way to South King Street. By this point it was fairly late on a Friday evening, and the nightlife crowd were making their way into pubs and clubs to get the weekend started. Pleased to hear the strains of what sounded like a local rapper spitting over live music to an enthusiastic crowd, I wandered in to a local establishment. Thankfully the patrons were too busy bobbing their heads to notice I looked and smelled like a wet muskrat. Breaking a soggy tenner for a Guinness, I got a handful of $2 coins back and an earful of local hip-hop artist par excellence going by the name Thundamentals. It seemed my journey was turning out quite well.

Ahem – back to life, and back to reality. My true introduction to this hip-hop crew came through Patrick Taylor’s fine review of their debut LP “Sleeping On Your Style.” Technically this was not their first release though, as they had dropped a critically acclaimed EP earlier than this CD, but this was the next and larger evolutionary step in their ascendance to Aussie hip-hop prominence. At the time Thundamentals were listed as a four man group comprised of Jeswon and Tuka on the mic, with Tommy Fiasko and DJ Morgs providing production and musicianship to make things complete. For unstated reasons Fiasko appears to have parted way with the Thundamentals, as the bio accompanying their latest project “Foreverlution” neglects to mention him as participating – nor does it acknowledge past participation. To be fair it has nothing ill to say about him either, so we have no way of knowing it wasn’t an amicable parting so Fiasko could pursue other projects.

Invariably when Yanks like me review an Aussie CD there’s an obligatory line or two thrown in about the pronunciation and unique rounding of vowels distinctive to the country/continent of Australia. I’d like to just get this out of the way by saying Tuka and Jeswon would fit comfortably into any freestyle cypher in California and be easily understood spitting punchlines. Since we’re in the sunshine state either way let me go a step further – despite some ominously evil looking science fiction artwork on the cover the Thundamentals are far from doomsday prophets. They’re much closer to being San Francisco hippies, as there’s a naturally laid back and carefree attitude to their music and lyrics, and one gets none of the anger of a Maundz or a Ciecmate on these tracks. That’s not to say the Thundamentals are as completely de-attached from reality as my opening paragraph, but they do seem fairly upbeat.

“Yo I wanna be one in a mill’, one to build somethin that’s ill
Wanna be real, but still have a couple bucks in the till
Shit I don’t wanna be rich, but I’d love to be comfortable
Don’t wanna get in trouble bein cuffed by a constable
I wanna be the bomb like my lines were combustible
Want you to sing along every time that I bust for you
I wanna work a job where my boss don’t belittle me
Wanna be, chillin on a beach, in the Phillipines”

The DJ Morgs produced track for “Wanna Be” also includes live instrumentation from Kevin Kerr and Eugene Baker on horns, Chip playing bass, and Tony Kabanoff on percussion AND organ. These session musicians reappear throughout “Foreverlution” and help the Thundamentals attain and retain their breezy sound. “Busy With It” is a fast paced turntablist laced b-boy anthem with drumming and bass that’ll make you move your feet. “Ankle Biters” achieves the nearly impossible task of giving a new spin to the old “back in the day” refrain, and I had to smile at the line “Ninja Turtles was the bomb and Shredder was the shit.” Of course there’s still some macking in the Thundamentals arsenal, as we can go back to that fantasy bar on South King Street and watch as Tuka and Jeswon spit their game at a female to ultimately ask the quesiton – what’s “Your Name?” It’s no exaggeration – they’re actually hanging out on King Street waiting for the train in the song. Nice how a little bit of cultural research at the start of a review ties in quite nicely near its end.

I must temper what has largely been an enthusiastic review thus far with a few sour notes. The beat of “Burn It Down” doesn’t do much for me and I’m not sure what the point of Ray Mann is as a guest vocalist – he’s not that distinctive. In the right frame of mind I’d probably appreciate “Thunda Cats” featuring Dysphemic too, but as I’m writing this I hear it and it just feels like a wall of electronic noise with a beat and not much melody to it. Perhaps I was led astray by the title into thinking this might have samples from childhood nostalgia but either way it doesn’t inspire much but the fast forward button. I feel that I can safely say nothing Patrick Taylor noted in his review isn’t true, but I expected they would have progressed to a higher plateau and it feels more like they just maintained the dopeness they already had. Fiasko’s departure may have slowed their progress as they adjusted to the new line-up with three people creating music instead of four, so let’s not hold that against them too much. I think the basic formula behind Thundamentals works – a mixture of positive energy, live instruments, and hip-hop boom bap with an Australian attitude. If they stick with it and improve from here their future is indeed bright.