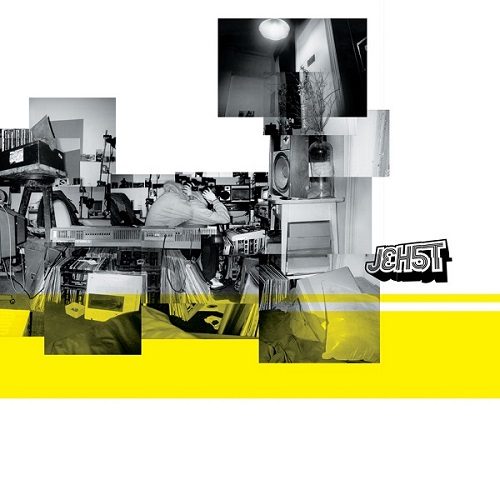 Return of the Drifter

Whenever an American reviews rap music from another country, there’s always a bit of subtle arrogance at play: we very rarely look at the records from outside of the context of American culture. Yes, we invented this shit, but why be ignorant of the art’s progression on foreign soil? As one of those cocky Americans, I recruited a Brit (fellow RapReviews staffer Jesal “Jay Soul” Pedania) for a brief history lesson: 2002 was pivotal for England’s hip-hop scene: grime was on the come-up; Ms. Dynamite and The Streets were earning international acclaim for their work; and the popularity of garage was beginning to fade a bit.

Enter William “Jehst” Shields, a 23-year-old rapper/producer from the Northern market town of Huddersfield. With an extremely deft cadence and a knack for stringing together intricately-constructed rhyme schemes with a heavy narrative flair, he began to earn a bit of a name for himself with the release of his first LP, “The Return of the Drifter,” on Low Life Records in 2002.

If the grime scene represents the high-tension, claustrophobic neurosis of London’s inner-city, then “Return of the Drifter” embodies the bleak, wide-open spaces of post-industrial country living. The production – most of which is handled by Jehst himself (with UK underground stalwart Harry Love adding two contributions of his own) – follows suit: heavy boom-bap drums with warm string and piano samples stretching across the instrumentals. Even the sequencing is carefully paced: notice how the drums of “Bluebells” foreshadow those on “1979” when the vocal sample drops into muffled background noise, or how Harry Love’s beats blend seamlessly back-to-back amidst Jehst’s without disruption to the album’s sonic continuity. Every bit of thought went into the creation of this album, and it shows.

The two upbeat songs on the album – “High Plains Anthem” and “People Under the Weather” sound like the swing jazz styling of Digable Planets, especially the latter, where Jehst and frequent collaborator Asaviour trade meteorology references:

Jehst: “The soul on iceman, holding ninety volts in his right hand
Rain cloud brain showers down from the skylight
I design words like Spyman, dynamite rhyme pad
The storm riders highly strung, lightening tongue strikes back
Thunderclap drum kit, oceanic hi-hat spray like a gun clip
Mighty tune music for the lovesick
Sittin’ on a sun chip, sailin’ on the liquor, this drunk spit”

Other guests drop by, as well, including Ricochet and Tommy Evans on “The Trilogy” (with Chester P and Kyza blessing the remix) and J-Zone, who drops one of his most hilarious verses (“They say I’m weak and a rookie/Okay, that’s why your moms rocks a bra with a hoodie”) on “Staircase to Stage” over a sinister piano loop and a dusty drum section.

However, Jehst tends to shine the most when left to his own devices, as best exemplified on “City of Industry” and “1979,” both of which paint his environment in frostbitten hues. They also underscore how sharp his writing abilities are: very few people are able to craft striking imagery while using such complex phrasing and commanding a flawless cadence. An excerpt from the latter:

“I bleed liquid gold and slur speech in a cryptic code
My feet slipping on this twisted road
Only the mystic knows the lone figure in the distance
No bigger than the sum of his inscriptions
Or the extent of his conviction
I sip vitamin enriched liquid diction
And digest fiction for culture
I’m force fed, behold the monster
My head and it connected by bulb
Tryna hold things together like the skins I fold
And take my food for thought with a pinch of salt
Chewed to form, my sin results in self doubt
Look into my eyes, I don’t need to spell it out
You can see it, how I tripped and fell down
And picked myself up, turned myself round
From the cliff’s edge, and staggered home like a misled
Piss head, and put up a fight till my fists bled
I choke on lead, until my spit’s red
When I step outside to get a quick breath
Of fresh death, now there’s no air left
And fifty percent of us couldn’t care less
I bare flesh, exposed to the cancerous
Light like tearing the film out your cameras
I’m still ravenous, I feel my stomach acid
Keep burning as I work towards another classic
Melt your plastic chap, snatch your comfort blanket
In this cold world you’re naked and unattractive
And your tactics are underhanded
I hibernate through the winter, and wait for the summer madness”

The album (and the artist himself) remains relatively unknown to most hip-hop fans, UK and US alike: when I spent a month in London in 2009, I asked my friend Biz if he knew who Jehst was and all he could do was shrug his shoulders. However, it is strongly indicative of the UK hip-hop scene’s growth and diversification – so much was happening so quickly that it was easy for great music to get lost in the shuffle. Luckily, this album still holds up even after nearly ten years since its release, and remains one of the near-classics of the genre.

Jehst :: The Return of the Drifter
9Overall Score
Music9
Lyrics9