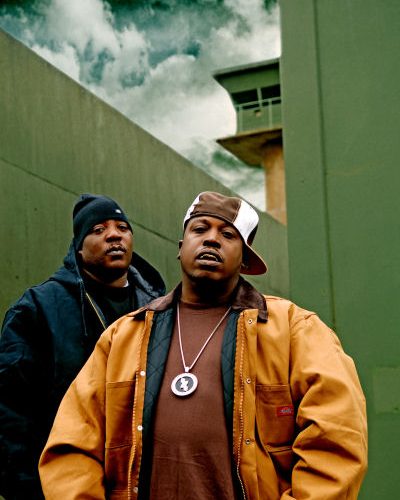 There are two kinds of hip-hop fans: those that love M.O.P. and those that would probably get their asses kicked by them. The hardcore hip-hop aficionados have been at the forefront of the genre since 1994’s “How About Some Hardcore

” and took it to new levels with “Ante Up

,” which was released in 2000 and is now widely considered a hip-hop classic. On November 22nd, M.O.P. will be releasing their latest effort, a collaboration with the production team Snowgoons titled “Sparta

.” RapReviews.com caught up with both Billy Danze and Lil’ Fame to find out more about the project, as well as the website they’ve launched in an effort to help independent artists connect, and what it’s like being a part of WWE superstar John Cena’s entrance music.

Adam Bernard: Start things off by telling everyone about the new album.

” and it’s basically self-explanatory. M.O.P. has basically been fighting all our life, and since we’ve been in the industry, to get the position and the props and the credit that we deserve, so we don’t mind fighting, we’re good at that, we’re used to that. It’s gonna drop November 22nd. It’s a collaboration album with the Snowgoons, which is a European production team.

AB: How did you link up with Snowgoons? Was it through touring?

BD: Nah, I’d seen em and heard em over the years, but we had never worked with them, and the cats from this label, babygrande, they wanted to see if we would be interested in doing a record with them, and when I say we put a monster record together, dude, it’s a monster record. I know people are gonna love it. We’re gonna change the world with this one.

AB: With this collaboration with Snowgoons, has it affected your sound at all? Is there something there that maybe wasn’t there before?

BD: Just the fact that we got a new production team on this one. Normally we would work with Premier, Fame would do tracks, D/R Period would do tracks, we would grab a couple of other guys here and there, but this time we’re just working with one production crew and the good thing about these guys is they do, in my opinion, what a producer, or a production team, should do. I know all of these producers, they like to have a signature sound so you know it’s them. That’s cool, but if you’re a producer you should be able to produce all different kinds of records. That’s what I want to hear when I hear a production crew. I want to hear different styles, I want to hear different tempos. They got some theatrical things goin on. They got club music, they got the joints that fuck with your mental, they got the uptempos, the midtempos, the slow joints, they got everything that we needed to put an album together and I take my hat off to them because they’re doin what a production team is supposed to do. These cats sent us like a hundred beats and the hardest thing about this album was picking ten tracks out of a hundred because all of them were dope in their own way.

AB: Was your getting together with Snowgoons part of the inspiration for putting together webuildhits.com, so emcees can reach out to producers all over the world?

BD: We actually put the website together before we even got into conversation about the “Sparta

” album. The real reason behind the website is because if you know M.O.P. you know we’ve been around for a while, we’ve been around everybody who’s somebody, the big wigs in the game, and I personally would sit around and watch them, we would all be in the same room and I would watch them sit around and say how once they get themselves together and get on their feet they’re gonna reach back and try to help people, and the truth of the matter is nobody did shit. I actually walked holes in my carpet trying to figure out a way to help the unsigned artists because if you really pay attention, you’re up in Connecticut, you understand, there are artists up there, every corner that you go past, there are maybe six artists out there and four of them will rap circles around the top guys, but nobody knows it because nobody gives them the opportunity. So I said let’s do something to help these kids and give these kids an opportunity, and I talked to all the producers about it and they were like yeah, let’s go for it. We put the site together and we runnin with it now. We want everybody to come and get down. Not only can you work with the producers, which is the big attraction, but you can post your videos, post your songs, post your links, you can mingle with people in other countries, other unsigned artists, that got somewhat of a buzz in Australia, so you can get your music over there, or in London, so you can get your music over there, as well. You can do collaborations outside of working with the producers, you can do your own collaborations. Today’s music industry is about the artists. It’s always been about the artists, but it’s more (about) artists being hands on, and artists really gotta start taking the initiative and start moving their own product around.

AB: Speaking of the future of hip-hop, when people think of hip-hop today artists like Drake and Flo-Rida come to mind. No disrespect to those artists, but what happened to hip-hop that kicked people’s asses and, at least in the 80s, scared people? Is that a relic of a bygone era?

BD: No, not at all. Nothing happened to hip-hop. There’s another style of music and it’s totally understandable because if this thing don’t grow and go in different directions then how do we explain that to Kool Herc, how do we tell Melle Mel, something you guys handed us we didn’t do anything with. You always gotta have music coming from different angles, if not then we’d be stuck in the same place and we don’t want to do that at all, brotha.

AB: So you don’t think hip-hop has become a little too safe, musically?

BD: No. Hip-hop is still good. If you pay attention to hip-hop then you pay attention to M.O.P., Pharoahe Monch, Talib Kweli, DJ Premier, that’s hip-hop. There’s something else that’s going on now that I can’t discuss because I don’t really know what it is, so I won’t even discuss that, but like I said, music needs to grow, it can’t stay in one place. If it stays in one place then what are we really doing here?

AB: Switching gears a bit, you are on WWE superstar John Cena’s entrance music. In fact, your voices are what sends the crowd into a pavlovian fit of emotion as everyone knows when they hear you it means Cena is about to come out. How does it feel to know your voices alone can send an entire stadium of wrestling fans into a frenzy?

Lil’ Fame: That was a situation where it was a good thing. We cleared it up. Just to see that shit. My kid was amped up over it for a long time.

BD: I got daddy props with that one. Got some cool points and shit.

AB: Do you watch wrestling? Is RAW on your DVR?

LF: I used to watch that shit, but my son grew out of it, he don’t like it no more. When they’re about 8-12, that’s when they’re amped about that shit.

BD: Every time they had a beef or something it would be in a car, or the studio, or the locker room and I didn’t want to shatter (my son’s) little dreams, but I shoulda asked him “why is there a camera EVERYWHERE? You don’t see nothin wrong with that?”

LF: And it’s only when the shit’s about to pop off. Why is it hooked up to the big screen that’s out in the fuckin arena? How come nobody’s really bleedin yet? I don’t understand that. These motherfuckers gettin slammed, diving off the top ropes, kickin each other, hittin motherfuckers with chairs and slammin em on table and ain’t nobody broke nothin yet? My son got mad as shit.

BD: John Cena is his man, too.

BD: Yeah, that’s like killin Santa Claus, dude, on Christmas Eve, right in front of your kid. But you know what, (the vocal sample) is hip-hop, man, and hip-hop was created on grabbin a piece from somebody else’s record.

BD: We’re down with John for that.

AB: Would you ever do a track with John Cena? He did have an album at one point.

BD: Hell yeah I’ll do a song with John Cena. We’d have to do it in two different studios, though, cuz he’s big as a motherfucker.

AB: I don’t think if he got angry anyone would be able to survive.

AB: You guys have done some interesting collaborations in the past, one that shocked and confused a lot of people was the one with LFO. How on earth did you end up doing a song with LFO.

LF: Loud hooked that up. You know what, they were hip-hop like a motherfucker. They liked our album so much. We couldn’t understand it either, but we went up there, I liked the beat, the beat was basically “Dope Beat” from KRS-One, so we jumped on that shit, and that shit was so easy and it was a nice payday. We had fun doing that record, too.

BD: We had a good time doing that record.

LF: But I know it was out of the blue for a lot of people.

AB: Finally, what have been your best, and your worst, experiences as artists?

BD: The best, I think, is just the day to day of having people know who you are and love what you do around the world. That’s the best. Coming from where we come from we weren’t supposed to make it this far in other people’s eyes. The worst is, which is still a good thing, is the fight that we have to go through.

LF: So it’s all good to me. You gotta take the bad with the good. I thank God for every step that we took, everything that came together, even the bad things, sometimes it’s an eye opener for you. It all comes together at the end of the day. It’s experience that I wouldn’t change.