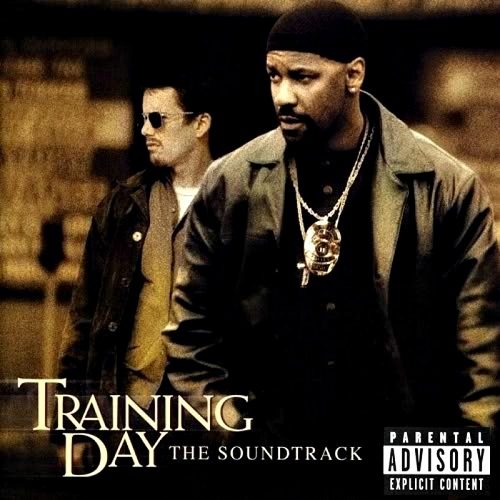 It’s rare to see hip-hop dominating the new releases section for motion pictures, but these days if you check “soundtracks” at any local Sam Goody or Wherehouse you’ll see a bumper crop of hip-hop being harvested: “Hardball”, “Bones” and “Training Day” among them. Perhaps moviemakers have finally recognized that the “hip” in hip-hop is not a coincidence and are readily cashing in on the market. After the success of this year’s “The Fast and the Furious” maybe they feel it’s not a coincidence – hip-hop sells.

The people compiling this album obviously weren’t afraid of cultivating the hardcore rap audience; especially when you lead the soundtrack with a duet between Krumbsnatcha and M.O.P. called “W.O.L.V.E.S.” With so many different sounds of the rap diaspora on this compilation though, it’s gonna be hard to keep all the people happy all of the time. The song “Bounce, Rock, Golden State” by Ras Kass, Xzibit and Saafir will probably get completely different reactions – it’s a Battlecat track with lots of thump but doesn’t capture the lightning in a bottle that Xzibit’s previous duet “3 Card Molly” did. This isn’t as puzzling as the Dr. Dre and DJ Quik song “Put it On Me” though – a song which would have worked perfectly WITHOUT the addition of unknown and generic sounding singer Mimi. These rappers DON’T need singers.

So far the biggest hit from this release is the next track, Nelly’s “#1.” Continued hateration on Nelly’s success to date will cause many to dismiss his unique sing-song rap style, although this song has some of his most humerous lyrics to date. Just peep a small sample:

“I’m cocky on the mic but I’m humble in real life
Taking nothin for granted blessin e’rything on my life
Trying to see a new light at the top of the roof
Baby name not Sigel but I speak +The Truth+
I heat the booth – Nelly actin so uncouth
Top down shirt off in the coupe, spreadin the loot
With my family and friends, and my closest of kin
And I’ll do it again if it means I’ma win”

This is immediately followed by the much less clever “Fuck You” by Pharoahe Monch, which is a huge surprise given his reputation as one of rap’s top lyricists. Unfortunately this song almost entirely reprises his earlier cut “What is the Law?” from the Oz soundtrack in it’s “good cop gone bad” rhyme content. It’s true Pharoahe flows the material professionally like always but sadly the concept is completely played out. The decision by C-Murder and Trick Daddy to remake N.W.A’s “Fuck Tha Police” into “Watch the Police” is equally suspect. It’s not that either one raps poorly or that the track isn’t musically sound – it’s simply that the Bone Thugs tribute version was definitive (from the N.W.A 10th anniversary album) and it’s really NOT necessary to keep milking this rap classic.

Unfortunately this is where the good intentions of this soundtrack really go downhill. The mediocre and uninteresting “Dirty Ryders” by The LOX can be skipped completely, and the unknown rapper Napalm tries his hardest to imitate Jayo Felony on “Crooked Cop” without really succeeding. Bad quickly goes to worse when P. Diddy and David Bowie team up on the track “American Dream.” Bowie proves that the best thing he ever did for Puff was create “Let’s Dance” so P. Diddy could sample it; and the electronic backdrop is so underwhelming it only serves to highlight Puff’s bad rapping. If you thought “Come With Me” from the Godzilla soundtrack was as low as Sean Combs could go he actually went LOWER. His whispered line “I’m your worst nightmare” is the biggest truth in this song.

Fortunately two of the next three tracks manage to redeem this album from the bargain bin – Cypress Hill’s “Greed” and GangStarr’s mega fat jam “Tha Squeeze.” Roscoe’s “Training Day (In My Hood)” is also tolerable, but the most interesting part of this song is the vocal samples of Denzel Washington going loco in the cabeza throughout. When surrounded by the unapologetically boring tracks of King Jacob and Soldier B, it wouldn’t be surprising if you skipped it altogether. In fact the sad part about this soundtrack is that in trying so hard to reach out to a hip-hop audience, it fails by being too ambitious and not solidly enough grounded in the fundamentals. With less no name rappers and more quality songs like the contributions by Nelly and GangStarr it would have been a hit, but ultimately “Training Day” needs to go back to boot camp for a few more lessons.