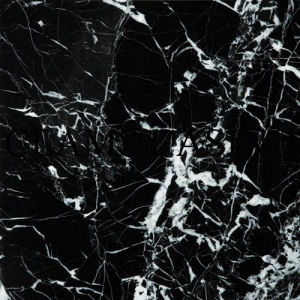 In the beginning, there was the break. DJ Kool Herc discovered the magic of repeating the funkiest instrumental breakdowns from popular rock, soul, and disco albums of the day, turning five seconds of The Incredible Bongo Band’s “Apache” into a irresistible sonic background that gave space for b-boys to breakdance and MCs to spit rhymes. As hip-hop progressed the technology around sampling breaks got more sophisticated, culminating in the complicated sound collages of the Bomb Squad and the Dust Brothers. Right about the time sampling hit its creative peak with “Paul’s Boutique” and “It Takes A Nation of Millions,” a series of lawsuits served put stifling constraints on the practice of borrowing seconds of another artist’s music.

Today the break is no longer king. It’s too expensive to sample even moderately well-known stuff, and most of those songs have been mined to death already. While there are still producers who can flip a sample and make it sound interesting and vibrant, more and more beats based on old funk breaks sound nostalgic or old-fashioned. The past twenty years has seen hip-hop production straying from MPCs and Chic 12 inches, and instead turning to synthesizers and electronic music.

Few producers have been able to balance electronic music and hip-hop as well as New Jersey native Mike Volpe, aka Clams Casino. His cinematic beats for ASAP Rocky, Soulja Boy and Lil B have made those artists a force to be reckoned with. He released this instrumental mixtape last year to give listeners an idea of what he’s capable of.

Clams Casino’s beats are best described as ghetto ambient. He uses etherial synthesizers and female vocal samples to create sonic landscapes that recall the Blade Runner soundtrack, Boards of Canada, and other atmospheric electronic production. He combines that with drums straight out of the Mannie Fresh handbook: rattling snares, ticking hi-hats, booming bass. The end result is music that is both pretty and banging, combining the best elements of hip-hop and electronic music.

The instrumental for Lil B’s “Real Shit from a Real Nigga” and Squadda B’s “I’m Official” have hi-hats and snares that are straight Dirty South, layered on top of keyboards that could be on a relaxation CD. “Brainwash By London” would be an ambient track if not for the snap beat, which gives the whole thing a sinister feel. The Main Attrakionz “Illest Allive” is 90s electronica with echoing drums and a Bjork sample. It recalls DJ Shadow’s early work, and Shadow is probably an influence on Clams Casino.

The craziest thing about Clams Casino’s beats is how well they pair with street rap. Taken on their own, as on this mixtape, they are beautiful with an edge of danger. With ASAP or Lil B rapping over them, they sound as natural to street rap as weed and rims. Clams Casino’s hybrid beats point to one possible direction for hip-hop to pursue in order to stay interesting and relevant. This music may not have the funky immediacy of a well-flipped James Brown break, but it shows the same resourcefulness and ingenuity.