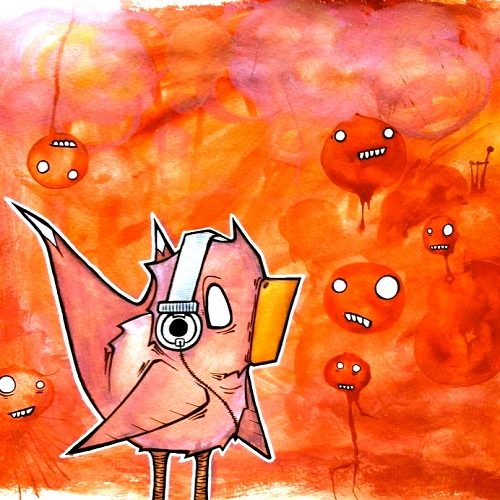 Benjamin Durazzo is a 23-year-old hip-hop producer who teaches middle school kids music when he’s not in front of his MPC. For those of you not familiar with the San Francisco Bay Area, Oakland is sort of what Brooklyn is to New York City. The cheaper rent and larger spaces has made it a haven for artists, hipsters, and anyone not working a full-time white collar job. The art scene has blown up in recent years, and Oakland is home to one of the most intense and active Occupy movements outside of New York. If you are a cool kid in the Bay Area, you most likely live in Oakland.

Oakland also has a more vibrant hip-hop scene than San Francisco, mostly because more musicians can actually afford to live and record there. Too $hort, Tupac, Mac Dre and Del tha Funky Homosapien all called Oakland home at some point. This 16-track beattape from B. Durazzo is continuing Oakland’s hip-hop legacy.

Durazzo is a producer in the Blockhead vein of hip-hop producers. He uses samples from non-traditional sources and goes for a vibe that is mellow and melancholy instead of hyped up. It’s about as far from mobb music or hyphy as you can get and still be from the same town. The backbone of all of the songs are crisp drums that sound live. Durazzo is a drummer, so I’m not sure if he’s sampling his own playing or just really good at programming his MPC. The key to a good hip-hop instrumental is a good beat, and Durazzo accomplishes this task.

He throws in string instruments, picked guitar, flutes, some horn stabs, and various spacey noises create beats that are more introspective than head-nodding. For example, “Clockwork” features a languid acoustic guitar backed with synthesized string swells and a ticking beat. “Plutocracy” has what sounds like a harpsichord, piano, and flutes. Unlike a lot of beat tapes, which keep tracks under the two-minute mark, Durazzo lets things go three or four minutes, allowing more time to set a mood.

In small doses, Durazzo’s beats worked for me. The juxtaposition of hip-hop beats and pretty sounds was unique, and the drums were consistently good. I found it hard to sit through the entire sixteen tracks without getting restless, though. It starts to sound very samey, and is a little too mellow for my taste. Still, on tracks like “Arsenal” and “Ancient Astronauts” B. Durazzo creates trippy beats that are worth investigating.