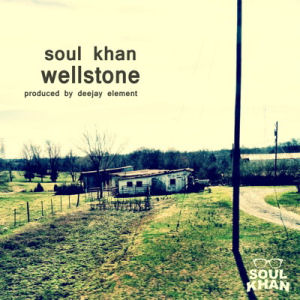 “Oh! You want a dollar, I don’t
I want a President elected by a popular vote
I want the lion in your heart to eat the frog in your throat
and vomit up quotes of every single promise they broke
God bless; please! God save us from our armed neighbors
They all satyrs, ask them immigrants who got papers
Drivin Hummers while others are missin car payments
And job makers are exportin your lost wages
See – even I know the job I do is not labor
So if they taxin what I make I’m not a complainer
I will not stop and not waver
As I reinvent the system with precision like I’m Roc Raida” – Soul Khan, “American Made”

R.I.P. Anthony Williams. That’s the second song I’ve heard throw him a shoutout in as many days, but even as we inexorably march toward the third anniversary of his passing, the tributes are welcome. We do tend to immortalize the ones who affected us, and I for one hope I won’t have to do the same for Soul Khan any time soon. From the first time I heard him on a Guru had his detractors too. And like the Gifted Unlimited, Soul Khan uses his vocals to say something “About Something,” making sure every word matters:

“Now everybody go and get yourself a pad and pencil
So you can write a list of anything that that stands against you
Then shred it and let it come rainin down like confetti
cause any second could be the one to test a man’s potential
or woman, cause that’ll go without sayin
If I’m too light to fight then my words’ll outweigh in
Cause everybody remembers Napoleon’s complex
but always neglects to mention Napoleon’s conquest
I ain’t afraid of men; I’m just afraid of when
I fail to make amends for when I make a mess (make a mess)
I ain’t afraid of death; I’m just afraid of
makin a baby but not bein around for all the baby’s steps”

Soul Khan enjoys being the unconventional emcee vocally and lyrically, and it shows on every track of the “Wellstone EP.” On “Not Like That” featuring Akie Bermiss, he openly mocks men who are too macho to perform cunniligus, and so misogynistic they have to proclaim they “love no hoe” on every song. Quoth Khan: “It’s obvious though! Cause if you did, you wouldn’t be callin ’em hoes.” Say word. He’s not above being a braggart though, as you’ll hear him say he can “swim through piranhas and shake ’em off” on the churchly inspired “Khangregation.” On the title track of “Wellstone” he spits “I’m takin every shot ’til the buzzer beeps/and touchin every base ’til I stub my cleats.” He’s a multi-sport baller, and if you count hip-hop as a sport too that means he’s up to 3.

Now with only six tracks on this EP there’s not much more to say except this: all songs were written and performed by Soul Khan, all production and scratches were provided by Deejay Element, and the entire presentation was mixed by Audible Doctor. Oh – there’s one more small fact – Khan isn’t charging a penny for this one. I’d say that’s reason to get to downloadin’!