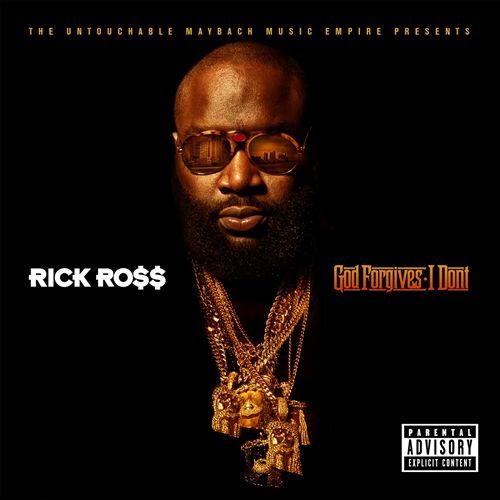 There’s always been this attempt to divide “the real” from “the mainstream.” What those two things are is a nebulous concept which invariably is in the eye of the beholder, which is why where possible I attempt to reject those paradigms. I’ve always believed that once you create something you intend to distribution to the masses, publishing it is in itself a definition. Put more plainly, the only difference between Aceyalone and Rick Ross is the number of units sold. The only “underground” artist in the modern era is one who records only for his/her own edification and never shares it with anyone. If you put it on YouTube or Bandcamp, you’re not underground any more. You might be “independent,” but you’ve been seen. Some rappers actually refuse to see “the light,” literally beleving their music will be tainted by more people hearing it. Make art for yourself then. The only chance of being pure is to never publish it or sell it at all.

Some heads enjoy being elite. They enjoy thinking they know something other people don’t. They enjoy looking down their noses at what’s “popular” and holding up their favorite rap artists as being more refined and pure than what’s on your playlist. To a certain segment of the audience, it is beneath their dignity to listen to Rick Ross, Drake, Lil Wayne or Jay-Z solely and only based on the fact they are mainstream. You don’t have to go to many rap concerts to see this in practice – a Brother Ali fan who snubs Busta Rhymes – and you if you have the temerity to like both. Rap criticism has helped create this atmosphere though because from websites to blogs to magazines we hold up X over Y and say “This is what you should be buying.” And while there’s value in praising what’s good and dismissing what’s not, ultimately those judgments should be only a guideline and not a roadmap to your personal taste. I for one am not the biggest believer in what Gucci Mane does, but don’t hold it against you as a reader if you like him and GZA at the same time. I embrace the contradiction.

Rick Ross is for me proof that I can’t ever look down my nose at what any other critic or fan likes. I’ve heard it, seen it, and read it over and over again. “Rick Ross is a studio gangster. Rick Ross is a creation of the music industry. Rick Ross is a phony. Rick Ross has terrible rhymes and no flow. Rick Ross is a delusional fat bastard who believes his own hype.” No matter how many times it’s explained to me that Ross is a bad rapper, I still enjoy his music. At least some part of that criticism is earned and deserved, given he’s probably the only gangster in rap history who also worked as a C.O. keeping other gangsters beind bars. Once again though the difference between “real” and “fake” is nebulous in music in general, and the industry which often takes the blame for it certainly doesn’t force rappers to create the images they portray. Rappers who cultivate an image whether it’s an intellectual, a hippie, a drug dealer, a comedian, or any combination of those traits plus others not mentioned do so either because it reflects their own life or because it’s a role they feel comfortable portraying to achieve success. If Ross’ image is fake, it’s one that I’ve noted time and again he’s comfortable with playing, and it’s a role he dives into with as much gusto as the plates of food in front of him.

“I’m so sophisticated
To get a verse from me, you gotta be initiated
To get a purse from me, she gotta be sophisticated
Purchase a whip from me and never miss a single payment
I’m from the city where the Muslims, even Christians hate it
Even the black folk hate to see another nigga made it
Tell all them pussies to chill, champagne refrigerated!
Just bought a chopper cause the last one, got it confiscated (whoo!)
Countin a hundred mill’ so many times, I contemplate it
You wanna be the hottest but that shit get complicated
I pull your card, I know you’re pussy by your conversation
Show you the safe you’ll have to kill me for that combination (WHOO!)
Made another two milli just off the compilation (uh!)
I just hit a lick, I’m tellin you this shit amazing
Got a white bitch, she fuckin me just like she Jamaican (laaaawd!)
Sippin purple and that motherfucker concentrated
This for my niggaz in them prisons, overpopulated”

The Beat Bully’s production on this song is not among the album’s best if you ask me, and I would even argue that Meek Mill’s guest verse lowers the song’s overall value, but the lyrics themselves illustrate why Rick Ross is so adept at what he does. There’s no point portraying a role if you can’t do so convincingly, and if that means he believes his own hype, then Ross undoubtedly thinks he’s Tony Montana incarnate. Some critics felt Al Pacino’s performance was over-the-top and cartoonish, but the audience ate it up, and he has since become a cultural anti-hero icon. For me William Leonard Roberts II fills that role – an exaggerated gangster who tells exaggerated tales of his prowess, wealth and drug kingpin deals. The deep voice gives his implausible scenarios an air of credibility, and the blunt no-nonsense delivery gives his words an impact many of the intellectual emcees can’t achieve no matter how many big words they use. That’s the pleasant irony of a song like “So Sophisticated” – it’s so NOT sophisticated that it achieves a sophistication all its own. That allows Ross to be sneaky clever. He’s so hated on for being a phony that he can actually slip things in that are personally true and weave them into his exaggerated persona, like a magician distracting you from his hands so that you don’t see him hide a card up his sleeve.

“It’s funny how things change, funny how time fly
More than my feet travel, the more that I feel fly
More that I make now, the more that the chicks smile
She called me a local nigga, I opened a Swiss account
Eisenhower status, Etta James on the dash
Smooth as John Coltrane cruisin in the Cadillac
Uhh~! Seville – feel my life on the real
We the Last Poets so this is a world premiere
Rollin like Mick Jagger, the women just gettin badder
All I see is the money, +Cream+, Eric Clapton
And all I wanted was one, sixteen ain’t enough
Talkin that fast money, fifteen every month
When your people labelled poor, that motivated me more
Everything I ever wore was once worn before
Roll with the punches now it’s box office numbers
Dressed like Sammy Davis, steamin my marijuana
Double MG’s, double M fees
We in every hood, nigga government cheese”

“Sixteen” is clearly not enough for Rick Ross or his special guest Andre 3000, who for me has been another of those artists that people either hold up as being “real” for his work with OutKast or lambast as “fake” for the success of songs like “Hey Ya.” His epic collaboration with Ross on a beautifully symphonic J.U.S.T.I.C.E. League track suggests both artists reject those definitions and do things on their own terms, which is exactly why I find this album so enjoyable. If you want to be the rap snob who will only listen to things that less than a hundred people have heard, feel free to ignore the fact Jake One is producing “3 Kings” and Dr. Dre and Jay-Z are rapping on it. That’s right, you can say Jake One is as underground as you want, but he’s with Ross too. The collaborations on this album are beautiful. Cardiak’s pianos for “Diced Pineapples” are lovely, and Drake and Wale provide the perfect counter notes. Whether it’s Pharrell getting “Presidential” or Cool & Dre making you “Ashamed” to be a hater, there’s over an hour of top notch Maybach Music on this new album.

At the end of the day some people are still going to hold onto their holier than thou status, because they’ll say Rick Ross represents all that is wrong with hip-hop. He represents materialistic values, conspicuous consumption, glorifying criminal behavior, living beyond your means, and yet he’s going to team with John Legend to be “Rich Forever” despite all that. If it bothers you that he teams with Usher for a pop single like “Touch’N You” then don’t buy the album, turn off your radio, unplug your television and play your old school records on a hand cranked turntable with a giant megaphone sticking out of it.

As for me I’d rather be in bad taste and admit I enjoyed “God Forgives, I Don’t” than try to hide the fact I find this album unabashedly fun and very easy to listen to. He’s a storyteller with good beats, whether they are fact or fiction, and if you’re entertained then you got your money’s worth. If not you can buy plenty of free downloads with no J.U.S.T.I.C.E. League or Pharrell beats – there’s no shortage of them to be had online. You get what you pay for, and with Ross you pay for a guy who may be all image, but it’s pure escapist entertainment. All the intellectual snobbery about what’s “real” and “fake” only leaves you lonely, surrounded by things nobody can relate to but you. Me – I’d rather have my yin and yang, my Acey AND my Ricky. Whether it’s diet or music, it’s all about healthy balance. I do wish Rick would get the former in control, but as for the latter, he’s doing alright by me and the buyers of this CD.