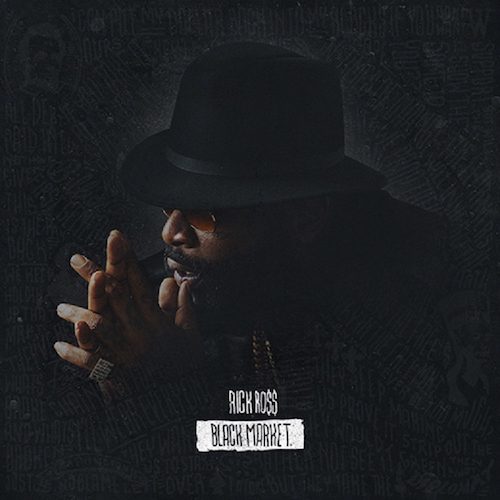 Every hip-hop fan or critic has at least one artist they recognize as an exception to the rule. You might think underground rap tries too hard to be anti-commercial but still think Atmosphere is the bomb. You might think pop rappers are too obsessed with sex, money and drugs but you still f— with Jay-Z anyway. It’s very hard to make a hard and fast rule for what kind of rap music you will and won’t listen to. If you even succeeded at drawing that kind of line in the sand, you’d only end up living a very closed off and insular life anyway, never allowing yourself to embrace any new experiences.

I’ve been on both sides of the coin over the years. I’ve seen rappers who try so hard to be “independent as f—” that they become underground to their own detriment, burying potentially good music six feet deep. I’ve seen talented emcees throw away anything that made them unique and interesting once they got a taste of fame, all too eager to become the next man in a music video driving a Bentley. Everybody should try their hardest just to be who they are deep down and the authenticity of it will come through if you’re any good. If you’re all about obscure science fiction references, comic books and punchlines referencing 1990’s rappers, do you. If you live to party and can’t wait until you get your first label advance to blow it all on gold chains and champagne, rep that as hard as you want. It all just has to come from a place people who listen to you can relate to when they hear your songs.

That’s been the biggest knock against Rick Ross so far – that his crime kingpin influenced raps don’t come from a past that matches his material. The Smoking Gun in particular seemed to have a vendetta against Ross, but he was probably his own worst enemy at the time, denying the obvious proof he had for a brief period of time worked as a correctional officer. All he had to do to defuse the situation was say “Everybody works a job they’re not proud of for a while to make ends meet and that was mine.” TSG probably thought they were going to derail his career by proving he lied, going so far as to title their article “Screw Rick Ross,” but here we are seven years later. “Black Market” is the latest album in what has proved to be a long and successful career for William Leonard Roberts the Second, proving that fans respect his swagger regardless of his past.

Now to bring this full circle, I consider Rick Ross to be my “exception to the rule” and have for the longest. Can I say that he really has the kind of firsthand experiences he raps about, and that they’re not in fact as fictional as Tony Montana in “Scarface

?” (R.I.P. Robert Loggia – Frank Lopez from the film.) If you think about it carefully for a second though it would be hard for any rapper who bragged about real criminal enterprises or violent tendencies to stay out of prison for long – some who have even wound up having their lyrics used against them at trial. Once again though there’s the problem with making a hard and fast rule in this situation. You can’t assume all rappers who talk about moving dope never have, nor can you assume that your most politically active rappers might not have done something sketchy in their past.

The key to Rick Ross’ success as an emcee for the last decade has everything to do with his charisma and the air of authenticity that wraps around his words. He doesn’t have to prove it at all, although he seems to end up fighting a charge every few years anyway. I attribute that largely to being black and successful in America, where even the most famous NBA players and upper class background college kids can be pulled over and harassed by a cop for nothing but their own racist suspicions. I’m not saying Ross can or should (allegedly) pistol whip people, just that he probably gets more scrutiny BECAUSE of his stature than most people at his level. For people who consider Ross to be nothing but a superficial rapper who lives in a fantasy of his own creation, the Jake One produced “Smile Mama, Smile” featuring Cee-Lo may turn heads.

“I went unconscious, I woke up to see my mama smile
She told me no more promethazine, that’ll make her proud
Think about it, damn I had to think about it
Gimme a second, mama, lemme think about it
Never had the chance to tell my dad I was a Yankee fan
True love is unconditional, money don’t make a man
First time me in a batting cage, I knew I had a gift
which I had to skip, I’m at the car wash trying to make a tip Positivity is all I got to give
When we was kids, it was still ‘Now it’s time to live’
That’s why I throw a pinky ring up when I post a pic
It’s for my niggaz on they dick, ‘Look what this nigga did!'”

I honestly have more of a problem with Cee-Lo Green than Rick Ross, but I’ve already editorialized about that at length. I’ll give him his due and say he sings his ass off on the chorus of this track regardless of my personal feelings. In fact if you put your personal feelings aside in general it’s not hard to admit that Ross is good at the things that actually matter as a rapper – telling well constructed stories with a good flow and enough personality to make people care. He may have lucked into the deep booming voice he has as an emcee, but still has to make potentially ludicrous songs like “Dope Dick” work off the sheer force of will he puts into each bar.

“Fairy tales of pretty b—-es livin prosperous
Your text is quoted, dead bodies never bothered us
At the park was a thing, but we skipped the swing
Very place I first seen my first triple beam
Dirty game, now I’m pillow talkin wit’cha main
Giver her dope dick and all the things that she would say
She the one that put me up on Netflix
At the concerts I keep her on the guest list
Freaky things, sex scenes, a bowl of ice cream
My advice to her is time to trade to my team”

One other thing Rick Ross has always had in abundance is the knowledge that you sound better when you work with the right people. It may be a conceit that he’s so successful he can have DJ Premier cameo on “Black Opium” just to do the scratches and NOT the beat, but it’s not as though Black Metaphor and Inkredibeatz do anything Primo would be embarrassed by. What’s better than getting R&B superstar Mariah Carey to sing the hook on surefire crossover single “Can’t Let Go” produced by J.R. Rotem? Getting Mary J. Blige to croon on “Very Best.” Every time you think he’s topped himself with a cameo or producer credit, he ups the bar again. Nas guest raps on “One of Us,” and just when you’re jamming to how dope that is, he raises the bar again with Jake One on the ivories and The-Dream on the hooks for the extra lengthy (7 minutes and change) “Money Dance.”

If Jake One could have produced the entire album I’d be a very happy dude right now, but it’s not as though Scott Storch is any less dope on “Sorry” featuring Chris Brown. That’s another singer I currently find more problematic than Rick Ross – but once again I’ll give the brother his due for playing his part in a track that will have staying power long after this album has passed and Rozay has moved on to his next project.

To call “Black Market” a flawless album would be a gross overstatement. At almost 80 minutes long for the deluxe edition it’s a bloated album even by Ross’ larger than life standards, and filler tracks aren’t hard to find. “Ghostwriter” continues the long-time tradition of rappers claiming to be the man behind every other rapper, with Ross bragging “last ten years everybody came to me.” The thing is those claims have always been more interesting coming from so-called underground rappers repping that they made hits for so-called pop rap stars, and nobody’s ever going to top Mad Skillz in this category – plus the D. Rich beat is just plodding and tedious. His production on “Color Money” doesn’t feel right for Ross either – it sounds more like a Memphis/Three 6 track. I’ve had just about as much Future as I can take at this point, so “D.O.P.E.” is a fast forward cut for me.

The bad songs tend to be evenly spaced out though, so “Black Market” is not a hard listen, just slightly too long and in need of a trim to be as sharp as possible. There’s enough winning songs to make it worth the investment, and if you find yourself asking if Ross really lives the life he’s rapped about, then ask yourself if Grant Gustin really runs as fast as Barry Allen. It’s a preposterous question. Are you entertained? That’s the right question. Rick Ross is an entertainer and “Black Market” is for the most part an entertaining album.