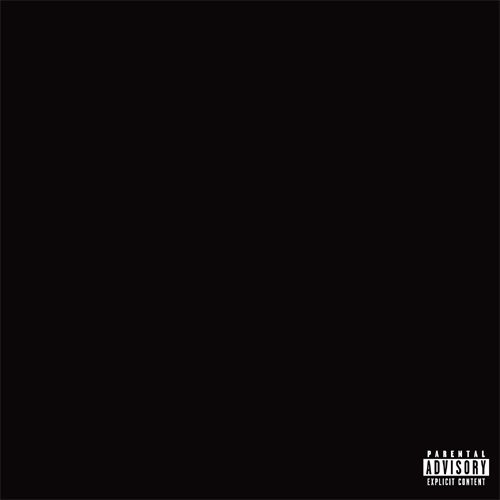 The battle between record labels and artists will never cease. Yet, it only ever seems to be the artists taking the worst of the flak. Case in point: Lupe Fiasco. Atlantic Records, for reasons unbeknownst to anyone apart from themselves, attempted to convert a Ferrari by hacking the roof off, sticking a refrigerator in the trunk, and selling gelato to local kids. I am, of course, referring to the Chicago native’s last album “Lasers” – a record where the artist was, to all intents and purposes, told what to do and how to do it. That in itself isn’t a crime of epic proportions. The problem was taking someone so talented, with a gift so unique in the modern day hip hop landscape, and trying to change them fundamentally from the ground up. It was never going to work. On his latest album, the contradictions flow in abundance, proving precisely why this relationship is doomed to failure.

“Lasers” sold pretty healthily, with a big opening week, and a hit single (“The Show Goes On”) and probably paid for an executive’s Merc or two â€“ but apart from that made little impact critically or on the fans. And Lupe certainly takes it upon himself to channel his frustration into a sequel for his debut album “Food & Liquor” â€“ it arrives six years later, with the addendum “The Great American Rap Album.” It’s a risky title, simply because it raises expectations to untenable levels (in the eyes of some keen followers). However, ambition should always be applauded, and Lupe felt, on many levels, that he had a point to prove. And so we come to “Food & Liquor II: The Great American Rap Album” (mouthful or what). Can it have the same impact that his stellar debut, in 2006, managed to make upon the hip-hop landscape?

Someone far wiser than I recently said: “The key to the record industry is momentum. When you have an artist that’s hot, you have to capitalise. Momentum.” The shame about Lupe Fiasco’s career is that he had that momentum. His critically acclaimed ’06 debut was followed up with a quick fire sophomore album, “The Cool,” that in certain ways surpassed his opening effort. Yet, in between his second and third album laid a barren stretch of three and a half years â€“ an eon in today’s industry. That energy was lost, and following the dumbed down lyrics and subject matter that peppered “Lasers” some questioned whether Fiasco could come back in any meaningful way. They should never have doubted him.

Lupe is a damn fine songwriter: he knows how to craft a song with great lyrics, concepts, beats, choruses and â€“ crucially â€“ artistic merit (the complete package). However, what we end up with on F&L2 is a slightly more simple case â€“ dope rhymes, variable beats. After all this time, it’s somewhat of a letdown. Not Lupe’s rap performance, which is (arguably) more impressive than his debut, and almost up there with “The Cool” LP. It’s just that following all his bickering with Atlantic, you get the feeling he wants to put this and the next one out in order to close out his five album deal as quickly as possible. It all sounds a bit rushed, almost more like a high gloss mixtape, and the feeling seems mutual from his label â€“ the investment in beats just isn’t quite there. This is a bunch of merely “solid enough” instrumentals, and even the “T.R.O.Y” re-up is sonically mismanaged. The resulting long play lacks defining leadership, and comes across as somewhat reactionary, even if there are lyrical gems aplenty and a handful of dope tracks.

It all results in somewhat of a missed opportunity. You have the lyrical depth which will keep you coming back for repeat spins, and keep in mind that this is pretty much what might be considered “top form” for Fiasco. He is a tour de force, channeling his rage and frustration into his penmanship, and there are too many jaw dropping verses to single out (“Put Em Up” is but one example). But then you have bizarre clunkers like “Heart Donor” â€“ infuriatingly catchy but stupidly cheesy and out of place. “Battle Scars” is similar to the old Matthew Santos collaborations of the pace, only this time dovetailing with the phenomenally successful Aussie hit machine Guy Sebastian. But balancing it out is the punch line heavy “Form Follows Function” â€“ pretty much a mixtape idea, not that dissimilar to Nas’ “Book of Rhymes.” The whole final third of the album (post “Battle Scars”) â€“ one must ask, how many of these songs would have made the cut on either of his first two albums? Perhaps he had a more discerning ear five years ago, better backing from his label, or maybe he’s just in a rush now to make up for lost time. Either way, with no guest appearances, an MC cannot carry these beats alone for over an hour.

The first half of the album is much more of what you’d expect, with highlights such as the thought-provoking “Bitch Bad” and the mind warping “Lamborghini Angels” â€“ not to mention “Around My Way (Freedom Ain’t Free).” It’s just that, wellâ€¦ After a few spins, it kind of reminds you of a Nas album, what with the genial MC being let down by substandard beats or a subtle feeling of apathy. Not quite as bad as “Nastradamus” but more like “I Amâ€¦” â€“ although don’t misinterpret, Lupe Fiasco gives a stunning individual performance. Not only will you find yourself astonished by his tongue twisting lyrical ability, you might just be surprised about how often you nod in agreement with his political viewpoints, or at the very least the passion with which he puts forward his case. But making an album is a team game, and the end product isn’t big enough, not quite as daring or bold as we may well have expected. This isn’t quite “The Great American Rap Album” that it should have been, nor is it a truly worthy successor to “Food & Liquor.” After a while, you’ll probably just cherry pick your favorite few songs for a “Lupe Playlist” and gradually forget about the rest. But release the acapellas to the internet, and producers would have a field day with this – and probably come back with a superior end product.