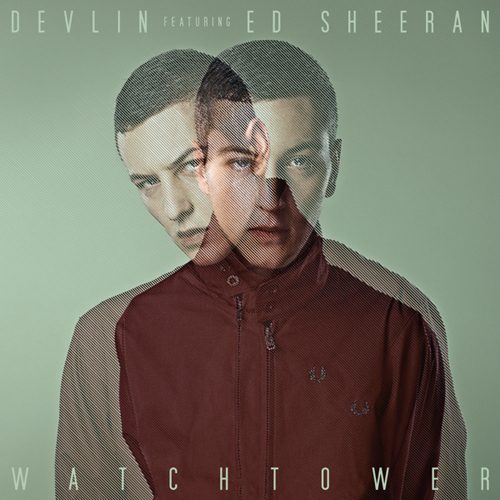 Devlin is a relatively young man not just in the British rap scene but in life in general. “It’s funny how time flies, I’m 22 now in 2012/with the Olympics here on our doorstep, it’s time to welcome the world.” Apparently that line on “London City, Pt. 2” was recorded before he turned 23 on May 7th, but either way he’s the new blood in a place that has an old hip-hop culture, far older than most Yanks are aware of. For those of you on the other side of the Pond, I’m telling you what you already know, but as this is part of our UK Month I feel it’s important to address the know-nots who may not understand that Devlin grew up immersed in this culture. It’s only natural that he grew up wanting to be a hip-hop superstar too.

As we’ve established that Devlin is the newest addition to a scroll that has been getting longer for some time now, you may better understand where I’m going from that I was at the very least SURPRISED that he and British singing sensation Ed Sheeran, a boy who is two years younger than him, would choose to cover “All Along the Watchtower” by Bob Dylan. This song is not only older than I am, it’s older than their combined ages TOGETHER. It came out on Dylan’s album “John Wesley Harding” way way back in 1967. If I had to imagine a scenario for what and why they would have been inspired by this song, the only one I can come up with off the top of my head is the Watchmen

Cultural gaps aside, I can’t fault their take on the song, which draws inspiration from both Dylan’s original version and the Hendrix cover. Besides Sheeran doing a good job of revisiting the original sung lines, Devlin’s rap about trying to “make sense of all the madness/in a world full of money, full of tears, full of war” certainly reflects the turbulent political environment and “flower power” of the era the original hails from. Devlin reminds me a lot of Klashnekoff in this respect, a rapper who puts a lot of thought into the message he’s giving to the listener, providing heady thoughts like “pour more blood in your cup/take a sip for the sin and let your tastebuds savor the buzz/the flavor of the ill-mannered nature/that lingers on as animals in all of us.” He may be a young’un, but he’s a deep one.

Unfortunately as short as this EP is, I’ve already discussed two out of the three tracks on here in depth, and one of the others is simply an instrumental for “Watchtower.” That means there’s not much more I can tell you about Devlin, save for the fact he used to be in a crew along with Wretch 32 but according to Wikipedia “left for reasons unknown.” It doesn’t seem to me they’d want to let someone as talented as Devlin get away, so whatever the reasons were they’d have to be good ones. I’m looking forward to a long hip-hop career from this young talent.