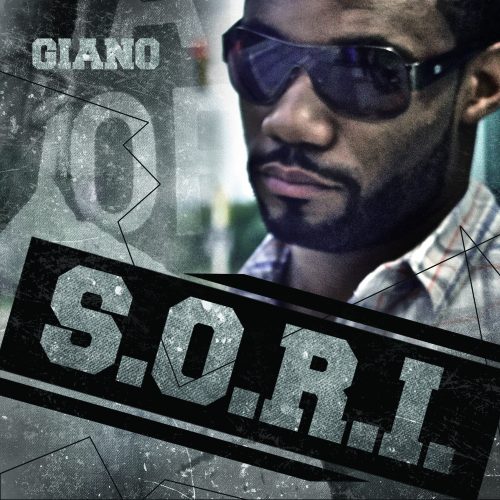 Virginia rapper Giano makes hip-hop that tries to incorporate his Christian faith while staying true to the art form and not coming off as preachy. Over five albums released in the past 9 years, he’s managed to rap about faith while making compelling hip-hop. He succeeds for two reasons: his lyrics are about him exploring his faith, not preaching, and he can rap. “S.O.R.I.,” his latest album, is another solid entry in his discography.

He claims that “S.O.R.I.” is meant to explore dreams and prisons, and the fine line between the two concepts. The album also explores the tension between the sacred and the profane, between wanting to be successful and wanting to be a good person, and the temptations that can come with success.

On “Balance,” he raps about wanting to be a conscious rapper while admitting:

On “Prison Doors” he seems to take the persona of the devil as A&R man:

“PNG” is an attempt to reach out to an estranged friend, who it appears is his former partner Prophetik. Giano recounts the early days of his hip-hop career, and the conflicts between his love of hip-hop and his faith:

“Hardcore” is the most explicitly Christian song, with Giano describing the passion of Christ as if he were observing it from a dream state. It’s an interesting if somewhat confusing conceit, with Giano wondering where he would stand had he been at the actual event. Would he have intervened, or would he have sat on the sidelines, safe in the knowledge that it was none of his business and there was nothing he could do anyways?

Production is provided by S1, !llmind, PNG Productions, Sinuous, Apollo Brown, and the Hunchback Esquire. The beats match Giano’s introspective tone, with acoustic instruments and ambients sounds mixed with banging snares. It all adds up to another worthy effort by Giano. He does Christian rap right by making good music and focusing on his issues of faith rather than telling listeners how to live. “S.O.R.I.” is worth checking out for both fans of Christian rap and grown-up hip-hop.