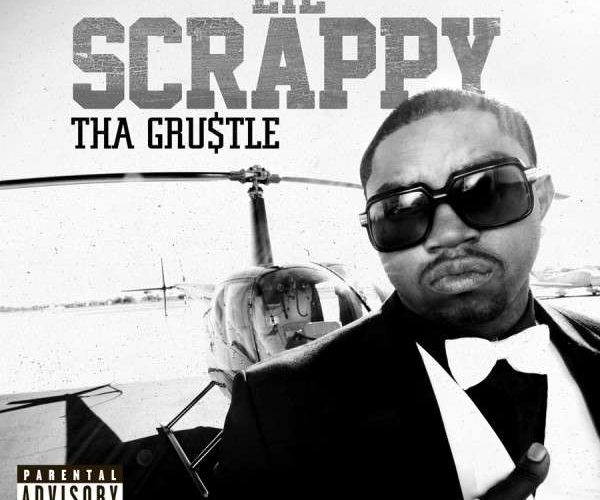 With its rowdy lyrics, heavily synthesized and bass style, crunk music reached its peak in popularity during the early to mid 2000’s. It dominated the pop charts thanks in large part to rap groups like Three 6 Mafia, Ying Yang Twins and Lil Jon & The East Side Boyz. Even singers like Usher, Ciara and Chris Brown blended R&B with crunk (crunk&B) to scorch the radio waves. As a protÃ©gÃ© of Lil Jon, Lil Scrappy has been known for a few crunk hits of his own over the years such as “Head Bussa,” “No Problem” and “Money in the Bank.” The Atlanta rapper’s fourth solo album “Tha Grustle,” exhibits Scrappy’s attempt to balance his hardcore style with crossover appeal.

“Face Off” starts the album with a bang through its menacing synth, pounding bass and sped-up high hats. Lil Scrappy raps aggressively as he utters death threats to his foes with conviction. “Democrat” is also an effective street joint where the rapper talks about hood politics associated with the dope game. “No L’s” features a nice chopped-up synth as Scrappy flosses about his reckless lifestyle of riding around town without a driver’s license while staying high and strapped. The Atlanta rapper continues to stunt on the sure-fire radio hit “Helicopter” featuring 2 Chainz and Twista. With its tinkling piano and helicopter sound effect, this tune shows Scrappy rhyming about what he knows best:

“I’mma roll it up, light it up
Then pass that shit to my partna and them
Yeah we were sittin’ on a shiny rim
That why your girlfriend keep on jockin’ him
Haters keep on watchin’ him
‘Cause they know there ain’t no stoppin’ him
Got hate in his blood so we moppin’ him
When the AK just start choppin’ him
Get lots from her, get mouth from her
When I’m chilling off in the drop with her
Talk her pants right off of her
Scrap Merlo, the philosopher
Just look at me, pinky ring
Bitch curve over like an iron ring
Bracelet cost me a 100 thing
Can’t now anyone of ya fuck with me”

Unfortunately for the crunk artist, the material on “Helicopter” is as crossover as he can get without sounding contrived. The nauseating “Mr. Cosbi” is the most blatant example of a pop tune gone wrong with Scrappy’s hook announcing, “They call me Mr. Cosbi cause I let her suck my pudding pop.” Other crossover attempts like “The Mall” and “Bags” are tales of conspicuous consumption as Lil Scrappy mentions spoiling his girl with new heels and purses on the former while on the latter he proclaims that his independent lady can still buy her own shit. “Bags” is particularly disappointing since its guest appearances from Chinky Brown and Rasheeda add nothing to the mix from the female perspective and the high-pitched synth beat is exasperating. Songs like “Good Morning” and “Secrets” are mainstream attempts clearly aimed at the rap female demographic which also fail to hit the mark. “Good Morning” featuring Kandi Burruss contains a decent up-tempo and buzzing backdrop which is spoiled by a lackluster hook and Scrappy’s lyrics that get into corny detail of an intimate morning rendezvous. Similarly, “Secrets” features a super saccharine beat that details the rapper being involved in a love triangle while asking his side chick to keep the relationship on the low.

The main problem with “Tha Grustle” is the overall artistic direction Lil Scrappy takes with the album. It is evident that when the Atlanta rapper aims to craft mainstream tunes without his aggressive style and subject matter, he sounds contrived and his lack of lyrical skill is magnified. Only five of the album’s 13 tracks illustrate the hardcore, crunk material associated with the rapper his entire career and this hurts the record tremendously. Scrappy is much better off staying within his own comfort zone because this album does nothing to boost his popularity or credibility as an artist.