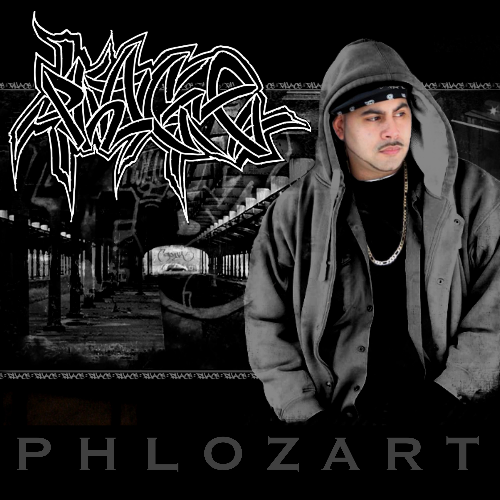 Back in the day, New York City and its environs was the epicenter of hip-hop, both culturally and commercially. East Coast rappers determined what rap music should sound like, and set the gold standard that rappers from other regions had to try to match. By the early 21st century, however, things done changed. East Coast rappers, once used to setting the pace, now find themselves having to catch up to the styles of rappers from other area codes. So-called “real hip-hop” seems to carry less and less weight each year. Listeners are more interested in rappers who have style and attidude rather than lyrical skills. Hardcore hip-hop doesn’t sell a million downloads. No one wants a ringtone of battle rap.

While New York rappers like A$AP Rocky are making hip-hop that is less rooted in classic East Coast rap, artists like Phace are still holding the flame for the kind of hard beats and tough rhymes that have been a staple of NYC and New Jersey for decades. The Brick City native has just re-released his album “Phlozart” for free, providing the listener with sixteen tracks of grimey rap like they used to make back in the day.

Phace has a nasally flow similar to Ghostface Killah or Action Bronson, but his style is more straight-forward: he raps about how he will demolish any other rappers in no uncertain terms. What makes him more notable than your average tough-guy rapper is that he has the mic skills to back up his threats. On “Hardbody” he raps:

Braggadoccio rap can get old quick in the hands of a lesser MC, but Phace keeps things clever and interesting, He provides some impressive verbal gymnastics at the same time he is giving his rivals a lyrical beatdown. He also mixes things up, getting romantic on “Soldier Girl,” and opening up on “For the Record.” These songs show that there is more to his persona than being a badass, which makes him and the album more likable as a result.

The album is primarly produced by Tru Mentillz, who takes the time-tested approach of flipping samples over hard-hitting drums. It may not be original or ground-breaking, but it sounds nice. Custodian of Record provides a driving beat on “Get It In,” Chamber provides some stripped-down drums on “Hardbody,” and Speshall sets up a dark Wu-worthy beat on “Somebody.” Phace is backed on the mic by a roster of MCs, including Scoob-Ru, Gentum, Agonyze, Daniel Joseph, Sol Zalez, and Dark Forces Squad. All of them manage to hold their own on the mic without crowding or outshining Phace.

Like all 16-track mixtapes, “Phlozart” is a bit too much of a good thing. Not all of the songs totally connect. Phace seems to have difficulty coming up with good hooks: both “Soldier Girl” and “Who Got the Flow” go south because of repetitive hooks that don’t work. The album can also get too serious for its own good, another side-effect of having so many tracks. Those criticisms aside, however, “Phlozart” is a solid entry of raw East Coast rap. If you are looking for hip-hop grounded in fat beats and vicious lyricism, Phace has got you covered.