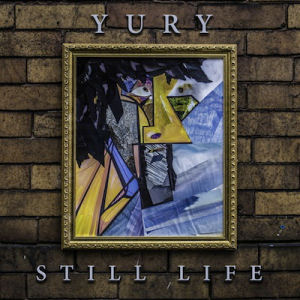 Yury’s “Curriculum Vitae” in 2012 was a good (and free) introduction to the latest Pittsburgh rap sensation not named Wiz Khalifa. He’s been steadily releasing mixtapes ever since then, resulting in us covering “Still Life” today, his 4th to date. There’s a time and day I would have called that level of output prolific, but these days Odd Future and their imitators seem to release an album or two every month. That’s not to say Yury isn’t out there hustling though – 4 albums in a year is still going hard – and he’s got a very helpful publicist reminding us when each of the new ones drop. That’s what it takes to get your name out there.

“Still Life” varies between self-produced and outside collaborations, including a familiar name from the last review – Big Jerm teams with Yury to lace up “The Chase.” Coincidentally or not it winds up being one of the best tracks on “Still Life.” The bass provides a strong backdrop for the symphonic instrumentation, and there’s a sly 70’s groove to the middle part of each verse, until a drum break pleasantly jars you back into the chorus. It’s this kind of mult-layered backdrop that really suits the mellow and laid back Yury best. He sometimes seems too chill for his own good, but this song brings out his competitive spirit, shit-talking about other emcees and his female prowess:

“The business is rough; best to be thick-skinned
Rappers actin all tough switch to some thick brimmed
with some skinny jeans, and they sippin lean
Only thing they missin right now is the Maybelline
[…]
Every single time that I write rhymes
I don’t bust nines, but I bust dimes
Not a misogynist, but I be on some shit
with the girls in the world that be on my dick”

As for self-produced tracks, Yury does have a few worthy of praise, including the understated minimalism of “Let It.” He almost overdoes that in “Worry” but the music has a certain 8-bit or 16-bit feel and appeal – not an actual chiptune but something video game remixers could relate to. Black Diamond may be the collaborator that does Yury the most justice on “Still Life,” turning in four tracks that are all outstanding. “DeLorean” could be heard on a Saigon or Talib Kweli album, “Fleeting” has a quick melody that’s hard to get out of your head once the bass blends in, and “Subjective” has a pulse-raising intensity that causes Yury to spit faster.

“Mind your business, don’t wanna sound harsh
But I guess you can’t tell yours apart
And everyone slips at the start
Still persevere, then make this art
Don’t know what else I do – being super honest
Only fit in with a few, and you know that’s true
Ride or die for my crew”

That last line is indicative of one of the few major complaints I have about Yury, and that’s his occasional tendency to adopt rap cliches that don’t seem to suit him especially well. His best fit does tend to be as a weed-smoking Pittsburgh emcee, which is hard to do without getting the Wiz comparisons, but considering his success Wiz is far from the person to be mad about being compared to. Quiet as kept the scene in P-Town is on the rise, and underground artists like Yury will be on the forefront if they avoid rehashing tired themes and signing shady major record label deals that keep them from being as prolific as this.