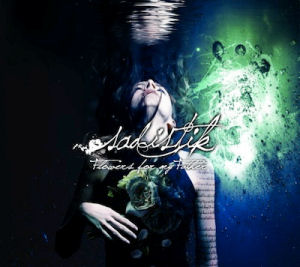 Sadistik :: Flowers For My Father

Making personally introspective rap albums is a risky proposition for any hip-hop artist, butSadistik never seems to make anything else. He’s been compared to every one from Marshall Mathers to Slug from Atmosphere, but at least one writer thought he had more in common with Kristoff Krane. The one common thread weaving through all Sadistik albums and indeed write-ups about them are words like “dark” and “melancholy” to describe his music.

I suppose it would be hard to argue “Flowers For My Father” is anything other than a perfect fit for that mold, particularly with self-evident song titles like “Russian Roulette” (featuring Cage) or “Song for the End of the World.” Here’s the tricky thing – Sadistik doesn’t strike me as an overly morose person – and I mean that both as an artist and in my professional dealings with him. I don’t picture him sitting around in a four-cornered room staring at candles, dark curtains blocking the sun, face painted like The Crow with a pentagram hanging from his neck. Even though he may put the “Sad” in Sadistik, and it’s fair to acknowledge that this album is rooted in his father’s death right after his first album release, the albums Sadistik releases seem to be a cathartic and thereapuetic exercise.

If that exercise was strictly self-indulgent there would be no reason to continue this review, but songs like “Snow White” offer the listener more. Showing off his versatility as an emcee, Sadistik unleashes a rapid fire chorus between verses that even Twista would have to bow down and pay respect to. The song takes a drug user to task for a cocaine habit gone awry, and as you inspect each verse you wonder whether this is an ode to a friend or a firsthand narrative. Sadistik seems to have a better understanding of the highs and lows of doing a line than one could without personal experience as reference, and when he says “sleep back to back in the shape of a butterfly/another sign that it’s time to tell my lover bye” you get the feeling Snow White is an addiction he can’t quit. You wind up going on the roller coaster of highs and lows along with him.

Sadistik’s music is going to be a challenge for anybody who doesn’t like to be challenged to pay attention. You can try to put it on as background music, but the violins and the lyrics of tracks like “The Beast” suck you into contemplation of the music: “This is what it’s like when you fight all the nightmares/and try to find some light there to hold it all in my hands … ugly duckling swan dive into the barrel of a gun … drinking all the vodka to hush all of my impulse acts/seeking for the optimal buzz to get my limbs deattached.” It’s cliche to call it a highway accident, but the head craning response is the same – you know you’ll back up traffic by looking but you can’t help but turn your head. Sadistik is a head turner in the best and most brutal way, whether he’s laying his own life bare or just telling stories so believable you’d think they were his own narrative. The one person nobody has compared him to yet is D-Sisive but I honestly can’t think of a more apt one than him. Both artists have dealt with the loss of their beloved parents through their music, leading to songs like “Melancholia” where you may find a common thread woven into your own life.

“These are the symptoms of an optimist
Melancholia kissed him on his bottom lip
And here I am, a picture of accomplishment
Mixture of the opposites – insecure and confident
So is this a path of glory
or a dead end to a lonely saddened story
where I buried my confession, I married my depression
Now the holy matriony’s grown to owe me alimony”

“Flowers For My Father” is the Edgar Allen Poe of hip-hop – showing that even though you write about darkness you can also make it into high art. Sadistik’s most sadistic quality may be that he can make you enjoy listening to personally haunting tales instead of some bouncy feel-good radio fluff pop, but I think everyone winds up a little better off for it.