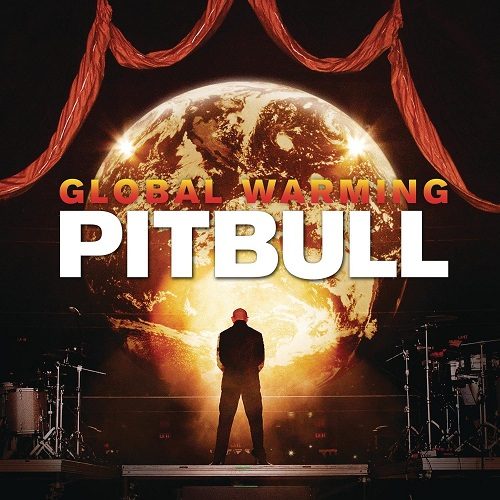 “I do it for the paper, I’m a businessman.” Say what you want to say about Pitbull, at least he’s honest. On his seventh album in nine years, the man born Armando Perez is doing all he and his label can get the maximum ROI on their production and promotion costs. Unfortunately, the way they do that is by driving ideas that worked before for Pitbull and other artists into the ground, resulting in an album that might have sounded good in the board room, but doesn’t work in practice.

The title track samples Los El Rio Boys “Macarena,” which gives some indication where this album’s head is at. I’m guessing Bass Ill Euro’s thoughts went like this: “You know what song was super popular? ‘The Macarena!’ I bet if we put that to a hip-hop beat and had Pitbull rap over it, it would move mucho units. Let’s be sure to have him rap in Spanish and English to maximize the potential market share for the album. Done!”

The formula of sampling a cheesy 80s or 90s pop song, which the Black Eyed Peas have perfected to a diabolical T, is repeated over and over again here. “Feel This Moment” samples A-ha’s “Take On Me,” Back In Time,” samples Micky and Sylvia’s “Love Is Strange,” and “Have Some Fun” samples Sheryl Crow’s “All I Wanna Do.” Yes, that’s right: Pitbull is rapping over a SHERYL CROW sample. I really hope that he at least questioned that decision, before being assured by the label and producer Afrojack that it would be dope.

Of course, it’s not like Pitbull ever had a ton of integrity or street creed to defend. He’s made a career out of making club-friendly hip-hop songs. Anyone who has been on a dance floor when “The Anthem” or “Krazy” drop can testify to Pitbull’s power to get asses moving. There’s absolutely nothing wrong with a club banger, but with “Global Warming,” Team Pitbull seems so intent on making hits that a lot of the fun has been sucked out of the songs in the process.

Not everything here is bad: Lyrically “Back In Time” isn’t genius, but it’s a fun song and makes good use of the late Sugarhill Record exec Sylvia Robinson’s biggest hit as a recording artist. The J-Lo team-up “Drinks for You (Ladies Anthem)” is an interesting detour into Latin house, and is a nice break from the club beats present on most of the album. The Southern techno beat of “I’m Off That” is one of the wickedest things he’s rapped over in years, and recalls his days as a Latin crunk artist. “Echa Pa’lla (Manos Pa’rriba)” is an enjoyable bit of Latin American music, complete with accordions.

Lyrically, there’s not much to write home about. Most of the songs are about partying and having sex, and how much fun both are. The bro-tastic “Last Night’ sounds like a Lonely Island song it’s so brainless, and further cements dubstep as the soundtrack to douchebaggery. Pitbull gets a little deeper on “Outta Nowhere,” which suggest that maybe he should stick with party anthems:

“Is it good that we hurt every day?
Is this worth all the pain we feel inside?
Am I too blind to see this is happening to me?
I live the fast life going nowhere fast
I see my past life and politely pass”

For years Pitbull has blurred the line between hip-hop and dance music, but in essence “Global Warming” is neither: it is a commercial product, engineered to appeal to as many people as possible. From the dance beats to the cross-pollination of guest artists to the old pop samples, “Global Warming” is a big dumb album that feels so calculated and market-tested that it is not much fun to listen to.