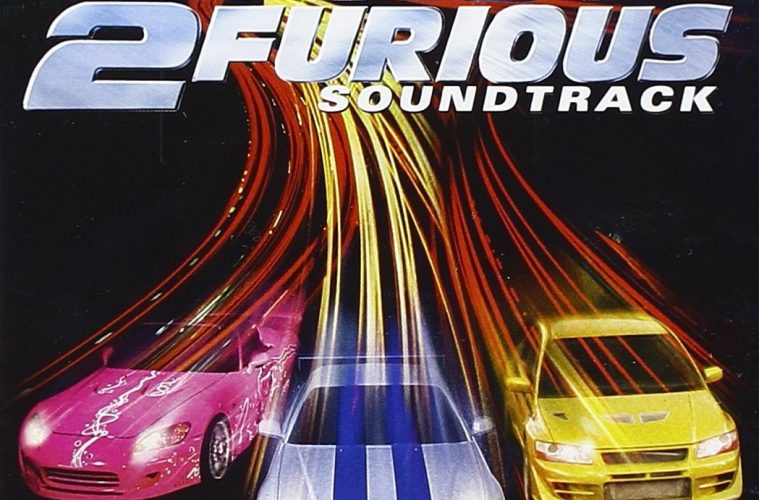 Last time out, “The Fast and the Furious” was an upstart sensation which launched Vin Diesel’s career to superstar status while at the same time blowing up Ja Rule’s own Murder Inc. crew to hip-hop’s mainstream on a popular (and admittedly better than average) rap soundtrack. Despite their dominance the album’s success lied in it’s diversity, from the grimy rap of Caddillac Tah and Ja Rule to the Southern sounds of Scarface and Petey Pablo to even the rock sounds of Limp Bizkit.

Either due to the success of that diversity or the fact that Ludacris has both a starring role in the film and the first single off the soundtrack, the organizers of the “2 Fast 2 Furious” sequel moved the album from Def Jam to Def Jam South and increased the visibility of Southern rap all-stars on this release. Given their success on the charts lately, this could also be a clever marketing decision to reach an even wider audience.

There’s definitely no shortage of Dirty South hip-hop no matter how you slice the reason behind it. Starting with Luda’s own hit “Act a Fool,” the album immediately follows up with Trick Daddy’s “Represent” and I-20’s “Slum” featuring Shawnna and Tity Boi (making it more or less a Disturbing Tha Peace track minus Ludacris). Even Tyrese’s “Pick Up the Phone” has a Southern bounce to it, which is hardly shocking given that Ludacris cameos on it – although R. Kelly’s might be a surprise (or the fact that Tyrese sounds like he’s imitating Kelly as a result). Not to slow the pace at all, Orange Mound’s own Eightball immediately follows with “Hands in the Air”:

“Comin from the top of my, dome when I’m droppin my
own type of style and, ain’t nobody stoppin my
rise to the very top, hit ’em up with all I got
Superstar, no I’m not, green weed, black glock
E’rybody want a piece, dirty like a pair of cleats
Niggaz run they mouth a lot, like bitches and parakeets
(Whoa!) How you want it pimpin? (Whoa!) I’m so cold wid it
(Whoa!) Make other boys wanna do it just because I did it
I’m like a legend or, some kind of prophecy
Sent here to set you free, rest play or follow me
into another world, deep inside yo’ own soul
This shit here way bigger than tattoos and cornrows”

If you were sleeping on him in the Eightball & MJG days or in his solo career, his track here is a simultaneous wake-up call and late pass. And on that note, the album follows up with Chingy’s “Gettin’ It.” With the success of his debut single “Right Thurr” it’s obvious that he’s the next rapper to blow up out of St. Louis, and on this song he shows no signs of slowing down:

“I’m countin thousands, dudes is poutin
Did a show in Iowa, backstage girls is shoutin
Haters hate but it’s alright, if it’s a race then we won
Took some yurrs to get hurr, now momma look at your son
Blastin ’em without a gun, just a mic and some beats
No mo’, gettin where it’s cheap, at Justin’s you’d find me”

Congratulations to Chingy on his success. Being that he’s not a totally whack rapper and he caught on the success St. Louis at the right time he probably deserves it, although Nelly really has no reason to fear him as a rival to the throne (and might have been a better choice for this soundtrack to boot). The dominance of this soundtrack’s Southern sound continnues with Shawnna’s “Block Reincarnated,” although some might be surprised to hear the Canadian cold chatta of Kardinal Offishall on the track. The first track to blatantly break away from a Southern sound in any way is Joe Budden’s popular song “Pump it Up.” Already a smash hit on the East coast for months, this song’s arrival on “2 Fast 2 Furious” signals it’s about to go mainstream and may challenge Ludacris for dominance of this soundtrack’s first single, officially or otherwise. Joe’s got a pleasantly unoffensive (if not shockingly impressive) flow and combined with Just Blaze’s typical hotness the track wins with horny horns and occasional punchlines that make you smile:

“Y’all dudes keep talking bout your ice and all the shine to it
That’s a white gold frost with a real fine cubic
Mah wanna fall in love like I’m cupid
Telling me she don’t give brain like I’m stupid
You can do anything if you put your mind to it
(Get it? Nope? Think about it)
The game is bad playa, ain’t it bad playa
Don’t worry Joey’ll change it back playa
Might of heard me spittin wit Cain and Fab playa
I gotta set boards to bring it back playa
Bang and clap playa
Front man no longer playin the back playa
Plain as that playa”

Somewhat surprising is the appearance of underground, anti-industry, anti-commercial “Turn Off the Radio” intelligent rap heroes Dead Prez on the immediately following “Hell Yeah.” Then again, their rap flow on the track definitely reflects the Southern tendencies of this soundtrack, spitting rhymes in what’s often called the “triple rhyme” style best epitomized by rappers like Three 6 Mafia, Twista, and Bone Thugs. Don’t think there ain’t a revolution hidden in the rhymes though:

“Every job I ever had, I had to get ’em
The first day, I found how to pimp the system
Two steps ahead of the manager, gettin over on the regular
Tax free money out the register
And when I’m workin late night, stockin boxes
I’m creepin they merchandise
And don’t put me on dishes, I’m droppin them bitches
And takin all day long to mop the kitchen
Shit, we ain’t gettin paid, commence to minimum wage
Modern day slave conditions got me flippin burgers with no power
And can’t even buy one off what I make in a hour”

The album’s final third has ups and downs. 106th and Park sensation Jin Tha MC finally gets an official major label debut with “Peel Off,” and handles it nicely. Fat Joe’s “We Ridin'” keeps things on the East, although the “la la la” hook and salsa beat may remind some eeriley of Stagga Lee’s “Rollin Wit MVP.” It’s okay Joe, that’s a good style, go with it. Lil’ Flip’s “Rollin’ On 20’s” brings it back to the South, with his trademark charismatic flow and a beat by Anthony Sears that sounds tailor-made to be put in a slowed up Screw mix. Unfortunately these tracks are offset by the the mediocrity of the last three cuts: no names Dirtbag, Pit Bull and K’Jon on “Fuck What a Nigga Say,” “Oye” and “Miami” respectively. What would a soundtrack be without it’s label trying to push a few unknowns up into the threshold of national recognition though? Given that’s a known fact about rap soundtracks, it’s ironic that by using a somewhat less diverse mix “2 Fast 2 Furious” actually achieves and in some ways ECLIPSES the success of it’s predecessor. Whether the movie can do the same without Vin Diesel is up to the audience of moviegoers, but hip-hop and Dirty South fans alike should be happy with the soundtrack.