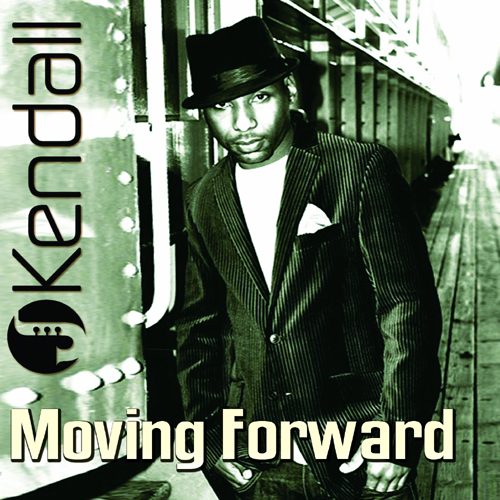 RR recently interviewed Spends Quality, the CEO of CFO Recordings, also a recording artist in his own right. Adam’s chat with SQ encouraged me to delve deeper into the CFO catalogue, and what I came back to the surface with was J.Kendall’s debut album “Moving Forward.” Kendall’s bio describes him as “an enduring force in the Bay Area hip-hop/R&B scene” which immediately had me wondering “Which is he – R&B or hip-hop?” The fact his album was produced by N8 the Gr8 of The CUF was all the reassurance I needed to know this project would be up my alley, so I put it in my player for a spin.

It turns out the “R&B” part of the scene was the correct place to put the focus. J.Kendall is a crooner, unapologetically so, though if you were to put him in a rap context you could compare him to Frank Ocean – with a few necessary qualifications. I don’t find him to have Ocean’s vocal range, Ocean’s tendency toward odd (pun intended) narrative freestyle, nor Ocean’s ambiguously sexual lyrics. I DO find Kendall to have Ocean’s laid back, California lifestyle vocal tone and delivery; I DO find Kendall to have the same leaning toward modern hip-hop influenced constructions in the beats that he croons over. He even tends a little toward T-Pain on “All Night Long,” working AutoTune into the hook.

Let me take you back to J.Kendall’s bio for a moment – it brags that he’s shared the stage with everyone from Souls of Mischief to Lyrics Born and GZA. Sadly none of those artists make cameos on “Moving Forward,” although the bio neglects to mention he does have some quality guests (pun intended again) in form of Spends Quality and Equipto on “The Bay.” Most people will be sold on cruising to the song the moment he utters “smokin on the finest grass.” Other cameos include N8 the Gr8 on the rugged and bouncy “Oh!” and Maryann on “Rollin'” – a track that reminds me of Georgia Anne Muldrow and Dudley Perkins for all the right reasons.

While J.Kendall is a generally enjoyable and inoffensive singer, he may be disappointed when I say he doesn’t reach out and grab me with his vocals. Even Chris Brown’s and R. Kelly’s detractors (and there are many) will admit (however begrudgingly) that they have voices which are unique in not just their vocal range but in their ability to convey emotion and make you feel what they’re feeling. It may be that Kendall’s lyrics are just too blase on songs like “1000 Times,” when he offers fairly generic platitudes like “when it’s good it’s good/making love/ all night long/when it’s bad it’s bad.” On the other hand, I think Robert Kelly or Franklin Ocean could have made those words sound so much more personal, much more yearning, much more intense. Kendall is likeable but that’s not enough to stand out – he needs mo’ intensity.